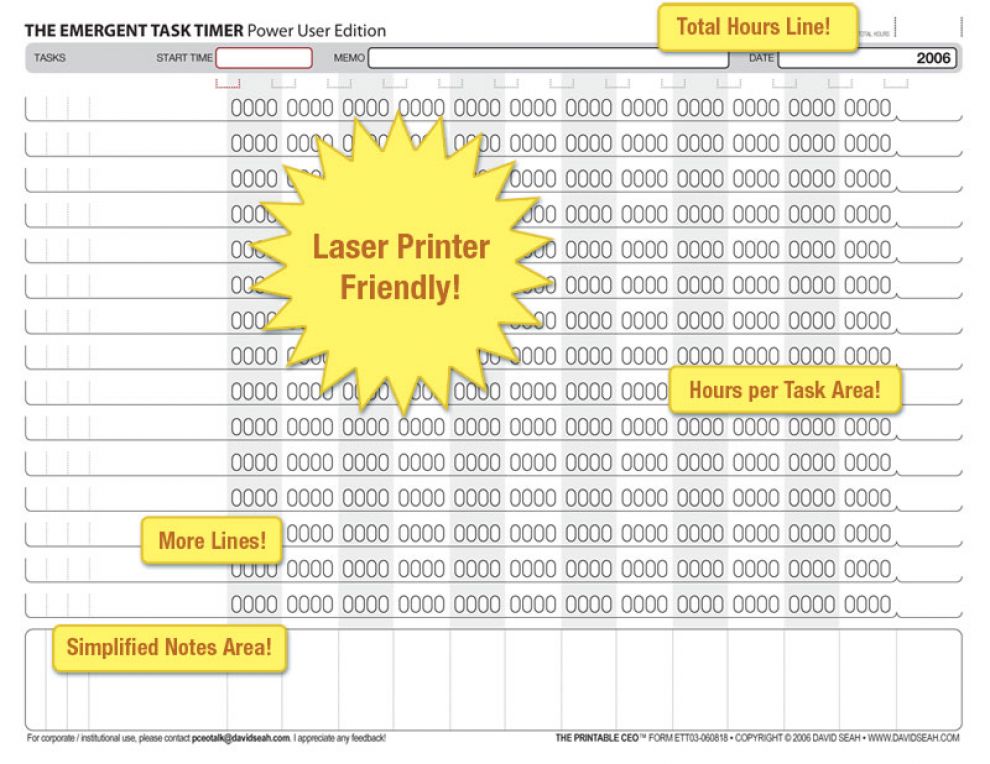 My friend Barry came across one of his co-workers using the paper Emergent Task Timer to keep track of what he was doing. Very cool! His co-worker contacted me later and gave me some useful feedback on the use of the form in his work setting. I’ve incorporated his needs into the new laser printer-friendly version of The Emergent Task Timer. I’ve heard many of his requests echoed for the Online Version as well, so I think they’re good additions.

If you’re new to the ETT concept, you may want to read the original The Printable CEO™ III: Emergent Task Timing to get an idea of what it does. The new features are geared toward people who are using the ETT as a daily timesheet in addition to its use as a focusing mechanism.

Enjoy! People who are using laser printers at work, please let me know how this version looks compared to the old one. Thanks!

New to The Printable CEO™?

Read more about The Printable CEO Series of paper-based productivity hacks and tools.