I was at Circuit City a few days ago, browsing the digital camera aisle. My trusty Canon G2 has served me well, but its bulk prevents me from carrying it around with me at all times. I also have to admit that its operating speed is starting to feel a little sluggish compared to the newer cameras. It wouldn’t hurt to look, I reasoned.

As I looked over the assembled Nikons, Canons, and Olympus cameras, I found that none of them really moved me. Feature sets, form factors, etc…all of them have pretty much settled into a silvery melange of difficult-to-differentiate product. What stood out most, though, was the surprisingly attractive Kodak EasyShare One and Kodak V570One cameras.

Something a Little Different 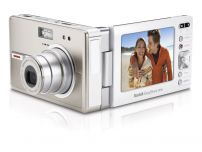 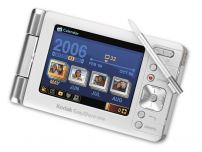 I had become used to skipping over the blobby, featureless designs from Kodak and HP for years, preferring the matter-of-factness of Japanese industrial design. They have a visual design vocabulary that’s hard for me to describe; part of me thinks it comes from living in high-density urban areas and a love for iconography and fine detail. My favorite American design tends to draws on the bold attitude that accompanies having lots of resources and the space to show it off. Admittedly, I haven’t done an exhaustive review of the American design scene other than what I see in big-box retail stores; what I see there isn’t very inspiring. 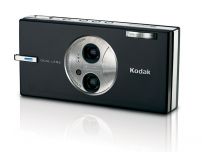 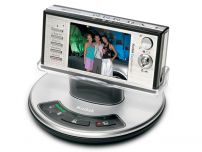 So it’s nice to finally come across a couple US-designed cameras that catch my eye.

p>I have no idea if the camera shoots well…I’ll have to check Digital Photo Review to see what they’re saying about it. This camera, though, is at the top of my list for a new point-and-shoot, if it meets my technical criteria…and when I have some money to spare. In the meantime, the old G2 is shooting just fine.

I was curious if the V570 was designed in-house at Kodak, so I did a search on “industrial design V570 kodak”; I discovered that the camrea won an IDEA 2006 Award from IDSA, the Industrial Designers Society of America. 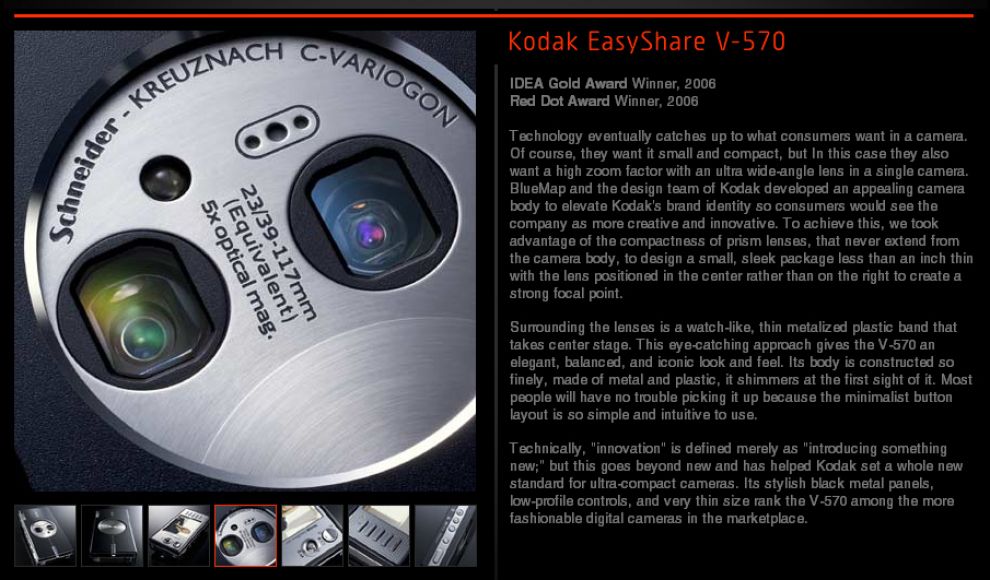 A little further digging uncovered the design house that worked with Kodak on both the V570 and, as it turns out, the other Kodak camera I liked: Blue Map Design in New York City. They have a great photo spread (see above) on the V570 camera. Sweet!

Be sure to check out the other IDEA 2006 award winners…great design deserves recognition! According to the Blue Map website, they also were a Red Dot Award Winner in 2006, a prize I am not familiar with. The Red Dot website, though, looks like it has a lot of interesting communications design resources. Bookmarked!