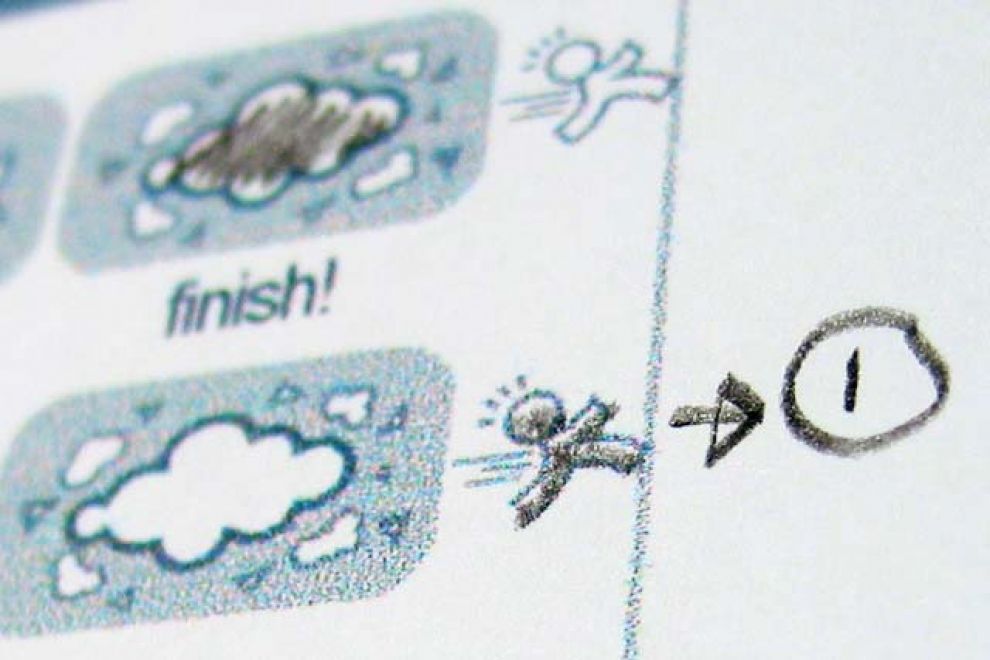 Yesterday I was musing about the unsatisfying quality of the Task Progress Tracker. My good friend Brad took the time to post some helpful comments. Among them was this gem:

[…] the “done” check box isn’t quite satisfying enough when a task is complete so I put a big fat Sharpie line right through the whole item. Makes me feel like I killed & conquered the task rather than just wounding it with a check mark as it runs away into the woods with it’s tail between it’s legs. :)

The hours and hours of Veteran’s Day programming on the History Channel made me particularly receptive to Brad’s tale, which led to an idea…

I give you The Task Destruct-o-Matic!

It’s a refined version of the Task Progress Tracker, dressed up a bit to make it like you’re really attacking the items on your to-do list. Booyah!

Here’s how you play:

Brad has been using different colored markers for each day of the week. With that in mind, I left this form black and white so the colors would jump out more.

I’m wondering if there’s a good non-violent way of representing task completion? And in case you are wondering: yeah, this is silly :-)

Still, I’ll be trying it out in the coming weeks—I’m going to be busy with billable work, so I’m stuck with this form until after Thanksgiving.

For more background about the Task Progress Tracker, visit Much ToDo about Task Tracking.

And for more form madness, check out The Printable CEO™ Series page!