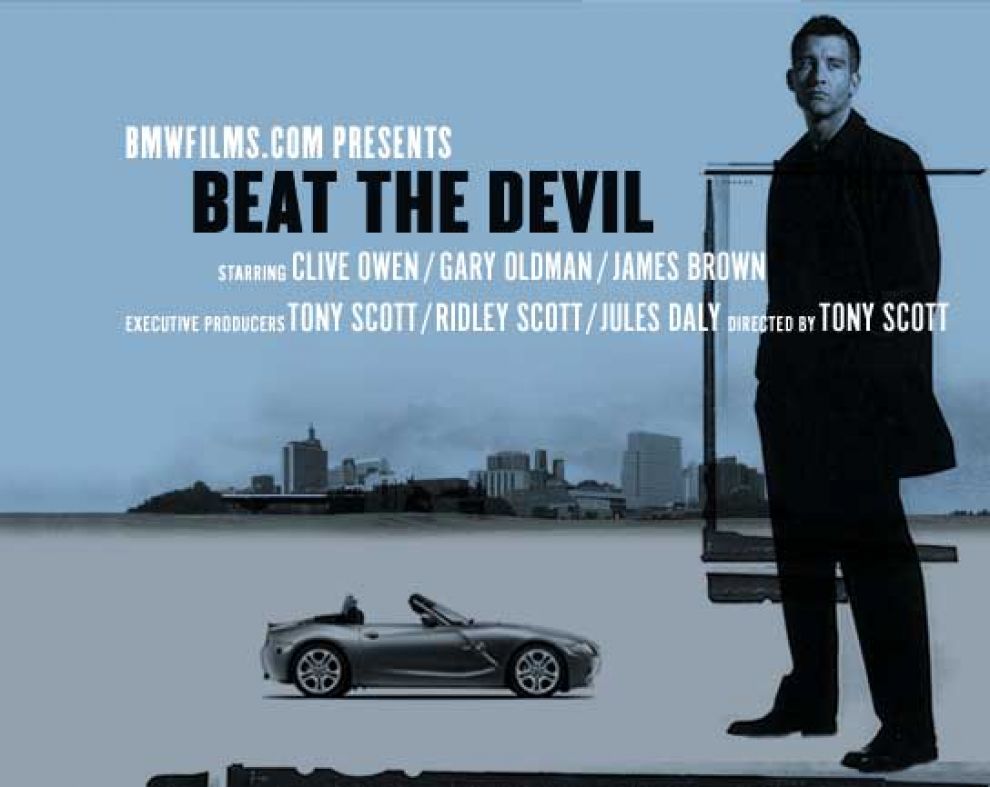 Just so you know, the BMW Short Films are going offline on October 21st. You can download ’em for free until then. A DVD is also available for free–you just pay for shipping (it was $4.00 for me).

If you were living under a rock in 2001, this was a series of five short films directed by directors you may recognize: the late John Frankenheimer, Ang Lee, Wong Kar-Wai, GuyRitchie, and Alejandro González Iñárritu. The films were released over the Internet, which at the time was a kind of first in terms of “premium content developed for the Internet”. A second series of three films, one each directed by John Woo, Joe Carnahan, and Tony Scott, was released in the following year. They’re all pretty powerful exercises in visual storytelling, with outstanding cinematography and direction (maybe with the exception of “Beat the Devil”, which I found nearly unwatchable). Well worth the 4 bucks, particularly for the behind-the-scenes stuff!