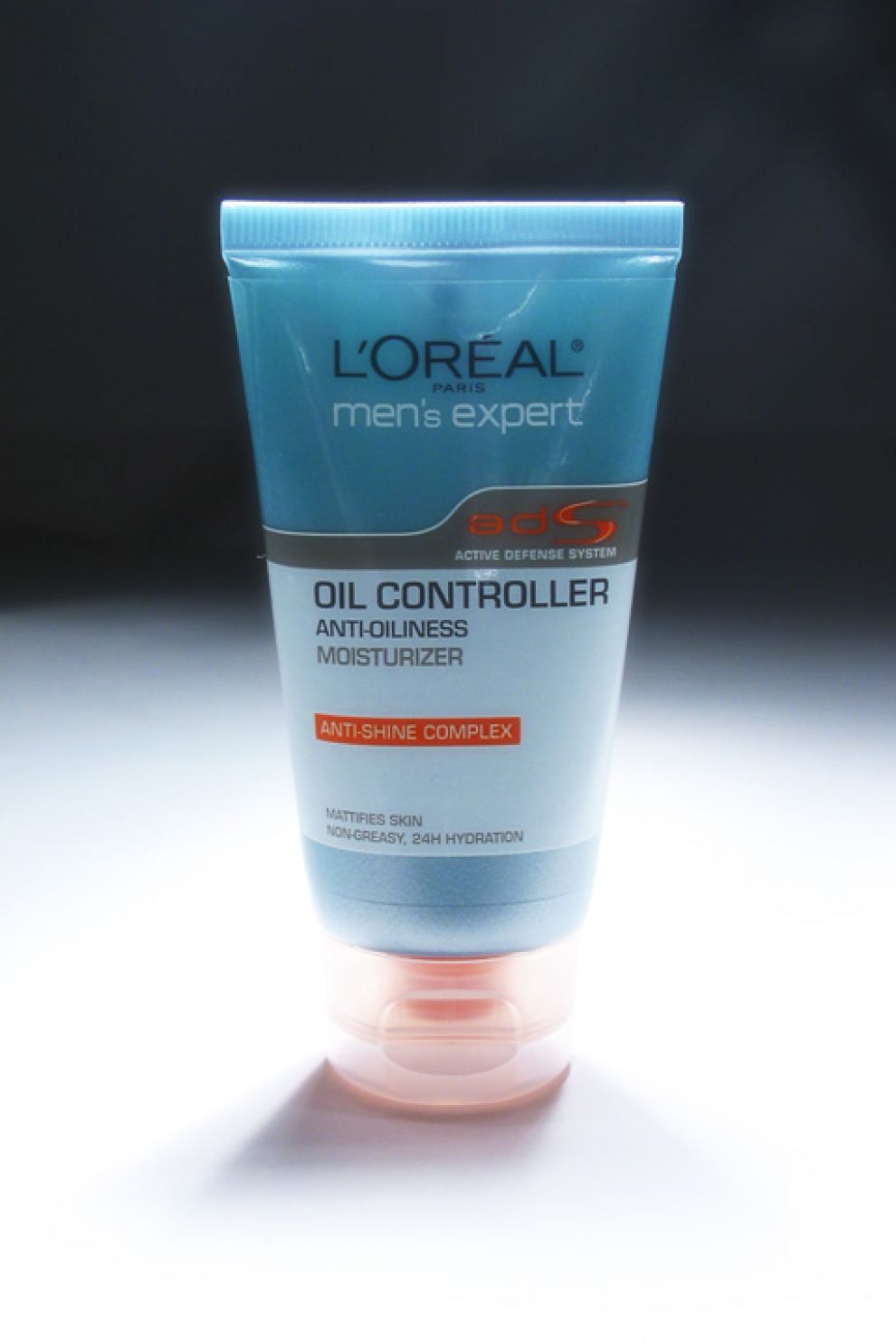 I was complaining to my sister about how my face felt like crap in the winter time, and she asked, “What kind of moisturizer do you use?”

So she got me some stuff from L’Oreal called Men’s Expert Active Defense System Oil Controller Anti-Oiliness Moisturizer Anti-Shine Complex–really, that’s what it says on the box! It was the least “girly” product she could find that was available outside of the scary department store counters with the lipstick and “creams of mysterious purpose”. Anyway, the stuff she got me “mattifies skin” and provides “non-greasy, 24H hydration”…exactly what I need, apparently.

It sat in a bag in my living room for like three months before I stumbled upon it again this afternoon. Realizing I was feeling a tad “dry”, I figured I would try it out. But I didn’t even get that far, because when I took it out of the box I was floored by the coolness of the packaging. The tube of product (shown above, dramatically backlit) matches the box art, which has lots of tiny type and a blueprint of the packaging technology. The design reminds me of cool Flash sites of the 2advanced school of design.

Now that I’ve taken a picture of it, I might as well get on with it and try out the “active defense system against oiliness”. I wonder if our boys in Iraq know about this stuff!

UPDATE: I finally used up my first tube, and had a terrible time trying to find more of it at the local stores. At first I went to the Moisturizers and Skin Care department, but this is actually targeted toward women and babies. I asked a salegirl at the third CVS I went to for some help. She gave me a quizzical look, trying to make sense of the oddity of a grown man looking for moisturizer (she must have been in her late teens if that). She couldn’t find the stuff either. My sister told me later that it might be in the Shaving Department, where all the “manly” skin care products are, and indeed that’s exactly where I found it. Whew. I also got some other stuff to try, but so far I like the ADS stuff the best. The other men’s moisturizer, from lumen-something, looks like makeup. It works, but it isn’t as fresh feeling as the L’Oreal product.