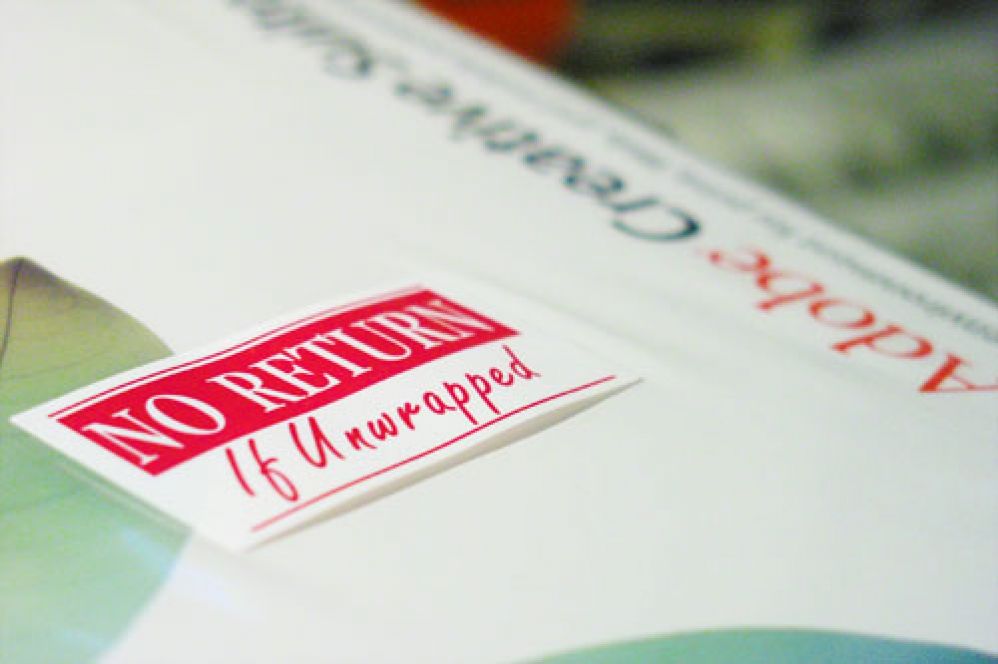 I finally upgraded from Photoshop 7.0 to CS2, along with the rest of the Adobe Suite. I didn’t have Illustrator, InDesign (still have Quark XPress 4.04), and had skipped an Acrobat 6.0 update, so it wasn’t a bad deal.

On my desktop PC, Photoshop CS2 seemed to run quickly, perhaps even more responsively than Photoshop 7.0. I had heard bad things about the hogginess of CS1, so had avoided it. On the laptop (a 1GHz mobile Pentium M), it ran a bit more chuggily but was acceptable.

One of the first things I removed was the Version Cue thing. I am still not sure exactly what it does to help manage workflow, but my impression is that it is one of those utilities like GoBack that tracks all your file saving activity into sessions, doing versioning behind the scenes so you don’t have to do things like save multiple versions of the same file with different names. Since I like manually doing this, to me it’s a CPU and memory hog, and it slows down your entire computer. In fact, it conflicted big-time with the Compaq Easy Access Keyboard driver. So I nuked it. Good riddance. Version Cue doesn’t conflict on my desktop PC, so I may try it there to see if I like it.

It was nice of Adobe to allow two installations of CS2: one for your desktop, one for your laptop. Macromedia has a much lamer authorization process…hopefully that goes away with the merger of the two companies.