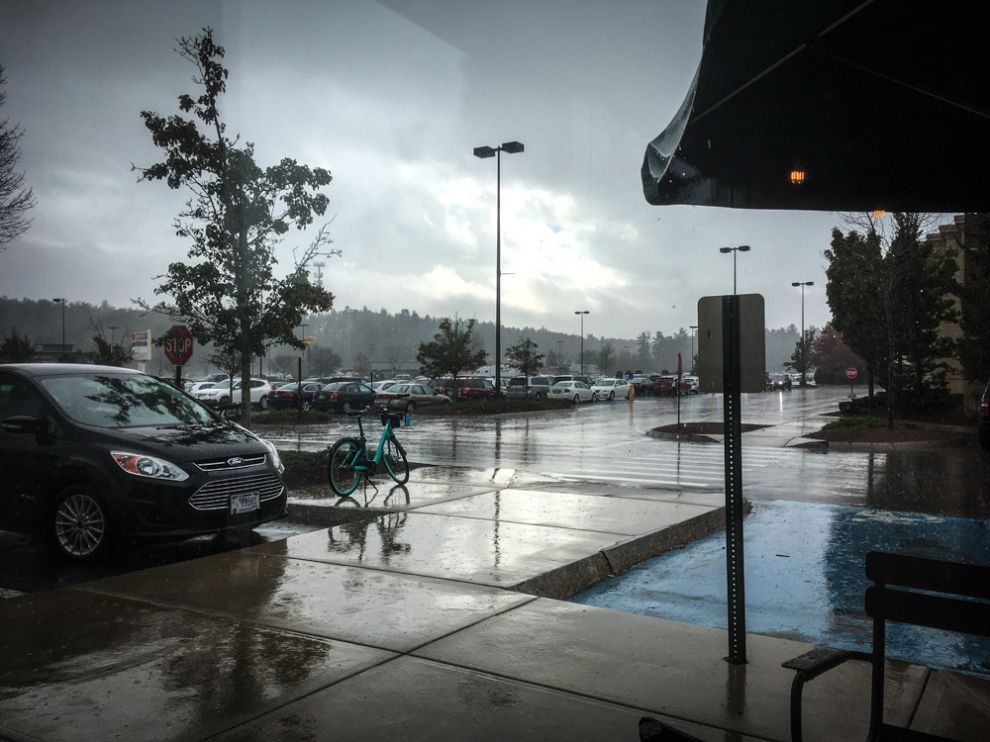 Hey everyone! It’s week three of using the new review format. In summary, it’s been a eventful week for my personal stuff, but pretty uninspiring from the work side of things. I’m still spinning my wheels getting my head around the esoteric bits of Webpack so it works with our weird requirements. It has been very frustrating. I also am feeling like I am overcommitted, though it doesn’t feel like I’ve even made any commitments.

I am looking toward thiscoming week with hope that I can just make it to the light at the end of the tunnel. Today’s image captures my feeling; it’s taken from my favorite spot at the local Starbucks, looking over the parking lot on a rainy day.

I’ve spent about 2 hours writing this week’s report, which is about half the time it’s taken to write the previous weeks’ reports. It’s a bit terse, and I haven’t gone back to rewrite it for clarity, but I think it does what I need it to do: capture my sense of accomplishment versus my main goals (Javascript Work, Stationery Business) versus what actually happened.

I think largely I’m irritated with the slow progress on work, and it makes me think I suck at some aspects of development.

Notable patterns: I spent Tuesday making new social connections, donating a custom-designed Nanowrimo calendar for my local library. I made a major commitment to help with the local cable access station’s state election coverage. I had a very long day on Wednesday followed by a challenging appointment on Thursday. Starting the week with MAJOR new/challenging social situations may have tired me out mentally. I may not have had adequate time (at least a day) to recover.

JAVASCRIPT WORK – Slow progress on configuring Webpack + Electron + React + Our Code for production and development modes. It’s been difficult because I’m not familiar with Webpack, and it’s dawning on me that the legends were true about how convoluted configuration is. Getting from A to B with Webpack reminds me of driving in Boston, say from Cambridge to Jamaica Plains. There’s no one way to go. They are all rather convoluted and rely on extensive “lane knowledge” to not screw it up, thanks to the organic way that Boston’s roads developed.

STATIONERY and BLOG WORK – A quiet week. I made my deadline on November 2. November 9 I have an in-person meeting to go over things. 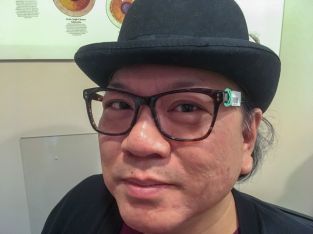 A big week for personal care, visiting my optometrist all the way in Wilton, New Hampshire. Tried on some glasses frames (far left). It’s about an hour drive, so I spent some time looking around nearby Peterborough in Derby Square, which is a touristy area. I stopped by the Alice Blue boutique to try on some clothes, and talking to the owner Amy learned they are trans-friendly! I was able to find a star-covered sweater (more incentive to lose weight and exercise). On Thursday I went to have a second wig fitting to see what I might look like with hair (near left); I think I like the idea of having a messy hair bun, so this was exciting. Had a regular weekly facial electrolys session too. About 5 of them so far, maybe another 10 to go? Hopefully fewer? 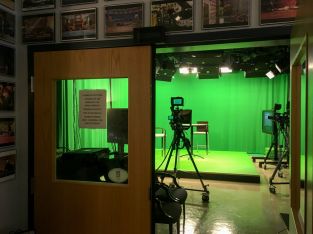 I got to meet two of the librarians at my local public library, and made them a custom Nanowrimo calendar as they are an official “Come Write In” location. I also visited Access Nashua, the local community cable station to talk to my friend Dan Young. He was looking for someone to help them with election night coverage on November 6, and after being walked through it all I said YES because (1) it makes me nervous and therefore it’s a personal growth opportunity and (2) it’ll be really interesting to see how they run a live event from the inside. They are doing some fancy technology stuff with a company that makes NDI remote boxes (a kind of Internet-based video feed switching appliance) that could have ramifications for other community stations in New Hampshire. 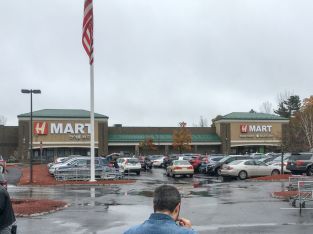 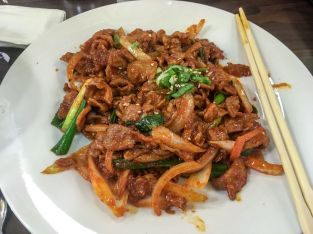 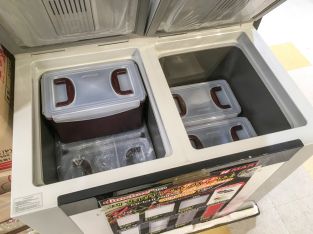 I took some friends to visit big Korean grocery store H-MART in Burlington, Mass (above left). It’s about a 40 minute drive, and totally worth it. They had never been to a big Asian supermarket before, so they were delighted and we picked up all kinds of pickles and pastries. For lunch I went to the Korean BBQ counter and ordered Pork Gui (above middle). One of the most intriguing items I saw was this US$1,100 Kimchi Refrigerator, with individual containers that stack inside it. This is for storing the family pickle trove. When you read about kimchi in English, they always mention it’s traditionallly fermented in the ground in a clay pot, but THIS IS 2010 SO WE HAVE THINGS FOR THAT NOW. 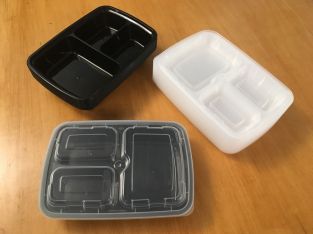 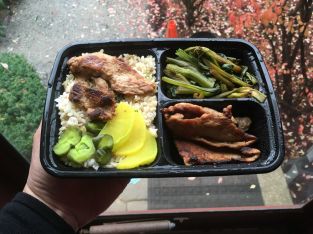 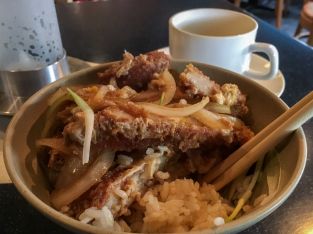 I have been wanting to make bento boxes as a regular meal thing, having realized again that I miss rice. I just feel better if I am eating rice regularly! So I bought 20 three-compartment bento boxes for about US$12.00 (above left) , and started researching meals. I’d like to get it to the point that I can easily make a couple good vegetables, add some home made pickles, and top it off with a small amount of savory meat. My first bento test (above middle) was almost completely bad. I overcooked the vegetables (yu-choi) and burned the meat (teriyaki pork, in the style my mom made). The pickles I had were overly sour. Still, it’s a start! What I’d really like to make is something like a pork cutlet over rice (donburi), like this one I had at a nearby restaurant (above right) 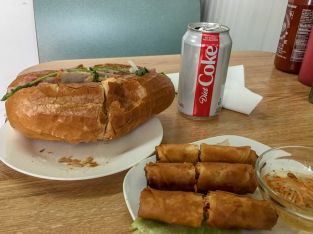 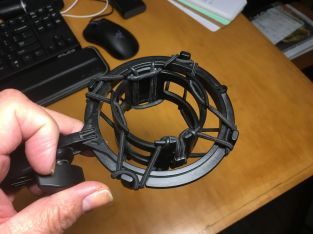 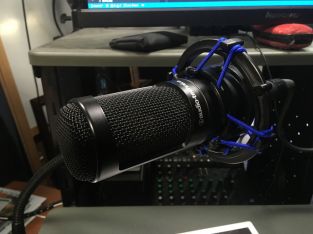 For good measure I also had a banh mi sandwich (above left). No reason other than I wanted one. The bad news was that they no longer have the pork belly banh mi, due to lack of interest in the local population (“it’s so fatty”). SIGH. Now that I am intermittent fasting I’m seeing if I can introduce a variety of foods back into my diet.

Finally, I replaced the shock mount cord on one of my microphones. It was sagging badly before, and now they don’t! <3

After assembling the data above (about 60 minutes, including image processing) I’m seeing it was a rather full week. I think I need to again limit my expectations and commitments if I hope to get back into the state of mind that allows me to be an effective developer. I don’t know if it’s possible. I feel pulled in so many directions, but I want 100% efficiency in everything. It just might not be possible.

That said, a lot of good things happened. I had a lot of EXTREMELY POSITIVE interactions with people, and I have been very comfortable being myself with them. I even came out as trans to my long-time neighbor, and she was totally cool about it as a devout Christian. It’s also been a good week in the Virtual Coworking Chat Room.

There’s this battle between work and personal fullfilment that continues to elude me. Objectively there are no real problems. I just a nagging sense of dissatisfaction with how fast/well work is going.

Last week was a “B”, and this week is a “B-” despite the positive things that happened. I am mentally exhausted. Last week had been exhausting too, and I had EVEN MORE social activitiy this week. I am now doubly-exhausted. I guess I’m grading the week based on my energy/morale/optimism, and this week feels like a B-.

3A. Choose new active targets based on assessment

The goal is to get through the development work and keep the ecommerce stuff going. I have a meeting later this week with Brenda to talk turkey about the stationery business. I don’t have anything to do before then. As for the development work, I just will try to finalize the build tool features this week (like I said for each subsequent week).

3B. Make sure all new targets have measureable milestone

I’m not setting any milestones because I know the active target focus. I will, however avoid committing any more for a couple weeks so I can recover my energy. It bothers me that my energy reserves are so low. How do normal people do this?

This review took about 1 hour and 45 minutes to do. That’s better than the 4-5 hours it took last time. The time savings came from being less picky about the completeness of my activity review, though I did waste considerable time processing photos. Since next week is GROUNDHOG DAY RESOLUTIONS #9, this is the last weekly report until late-November.