Wednesday was an impromptu day of reorganizing my desk after picking up a new monitor. With my recently dabbling in live streaming on YouTube and Twitch, I’ve wanted to get a 1920×1080 monitor that I could stream at 1:1 size, and figured I might just get a really cheap one for around $100 and be done with it. Besides, I had an old 20″ monitor that has awful color reproduction; even a $100 monitor would be a step up at this point. And thus began my dive into the rabbit hole of monitor purchases. On the plus side, my new reorganized office space is twice as pleasurable to work in as it was before!

I have never bought a cheap monitor before, so I went to Best Buy to see what they had in stock. There were several monitors in the $99 to $150 price range. I decided I wanted to get a small monitor of around 24″ in size, which would be comparable to the 20″ monitor I was replacing in terms of space taken on my desk. I also wanted the cheap panel not to be awful, have a VESA mounting option so I could put it on my monitor arm setup, and be able to accept HDMI as well as DVI.

It turns out there is just one monitor that fit all those criteria, a Lenovo LI2323 which Best Buy had on sale for $129.00…$40 cheaper than what Amazon had it for! The monitor’s critical features:

For $129.00 this is exactly what I wanted. There are no built-in speakers or USB ports, which is fine with me as I have nicer alternatives. Once I got it home, I realized I needed to reorganize my desk so it was the center display. Here’s the old setup: 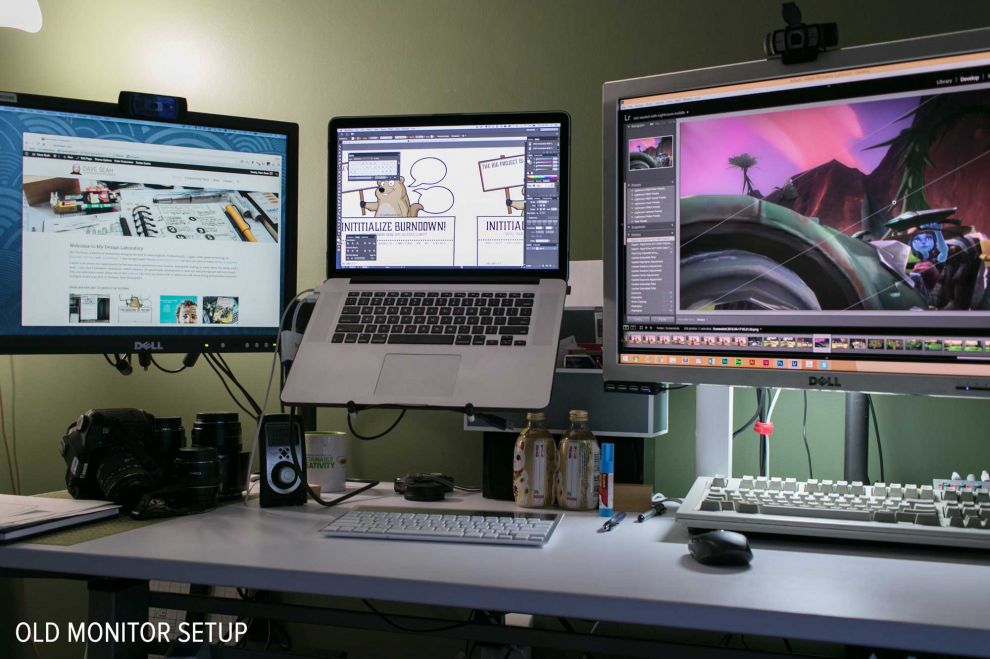 The old 20″ Dell monitor is to the left of the MacBook Pro 15″. The monitor to the right of that is the PC running Windows. I was perf ctly happy with this setup, as it seemed roomy enough with the monitor arms. Boy, was I wrong about that! Compare it to the new setup: 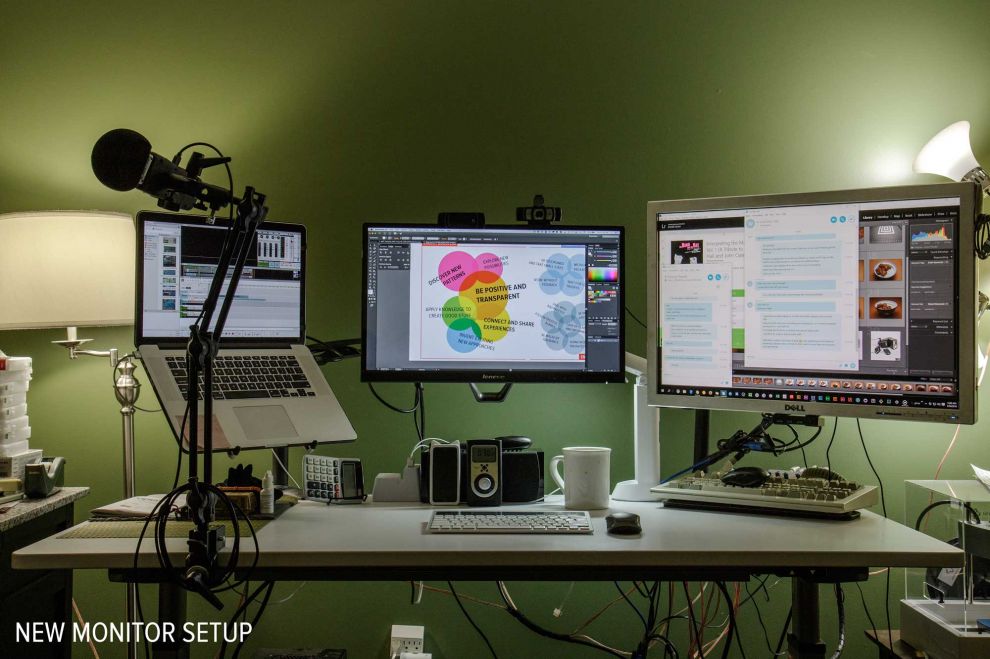 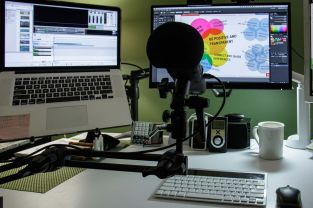 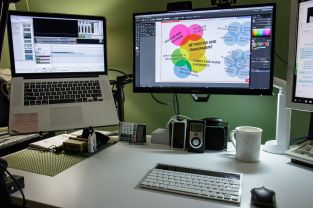 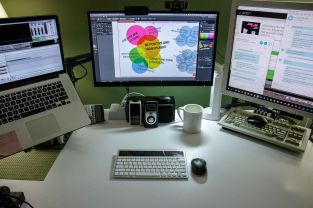 There are two major differences:

I also have the monitor hooked up via HDMI to the Mac. This leaves the DVI port available for the PC to use. The nice thing about using the HDMI connection for the Mac is that it’s easy to unplug and take the Mac with me, whereas DVI connectors require a lot more scrabbling around to unscrew the connector.

You might have noticed the black microphone in the photos; this is a Zoom H5 field recorder that also works as an audio interface that allows you to connect high quality microphones directly to the computer. This is another topic in itself; suffice to say that the new setup is quite versatile and I’m very happy about it.

Today was not a very productive day in terms of goals, but I did earn some points:

That’s 13 points, which seems low, but then again today was largely a support day. Quality of life improved!