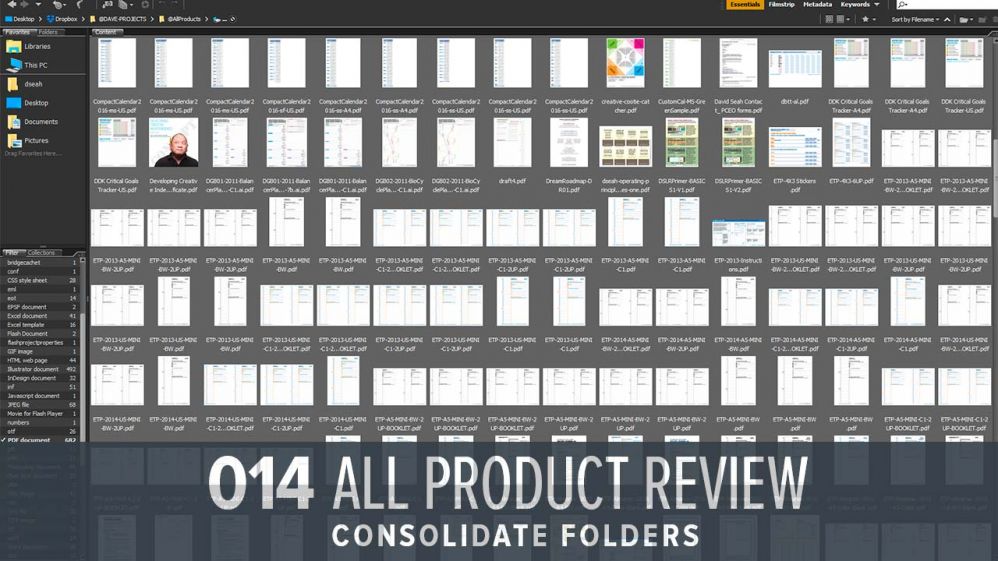 I’ve been doing the Groundhog Day Resolution Challenge for two weeks now! From past experience, the two-week mark of ANY project is a critical threshold because (1) the excitement from the novelty of a new challenge has worn off and (2) I start to get a feel for what works/doesn’t work about it. And indeed, I have been noticing that I’ve been feeling rather tired lately, perhaps because I’m starting to lose some enthusiasm for the daily push. I’ll talk about that a bit after discussing today’s GHDR push that started as a half-hearted goal to create a new folder on my hard drive and call it a day.

I’ll say that the goal tracker poster has come in handy. I have the 18×24-inch version hanging on my wall near the kitchen, and when I am ready to work on a GHDR Goal-related task, it’s nice to just stand and stare at it as I think of something that I have the energy to do. Today, though, I was feeling pretty low on energy, possibly because I’ve been a hermit for the past 2 weeks working on this project avoiding the arctic temperatures outside. I find that after a prolonged period of non-human contact, I start to go a bit stir crazy. I’ve been a bit more active online, tending to the GHDR Review Group on GooglePlus—it’s a good group of people—and also chatting with some of my gamer friends online. But I’ve been feeling very isolated otherwise in my day-to-day, face-to-face battles with productivity. It’s helpful to have someone actually in the room with you, or at least to be reminded that there are others facing the same thing you’re facing over coffee. This is a common affliction among the creatively-ambitious, I think. We can run on batteries for a good long while, but we burn-out and need to recharge with our tribe, celebrate a bit, and then head back to the trenches.

Oh, where was I? I already distracted myself from writing this post…it’s been like that ALL DAY. Sigh.

I decided that I would simply start working on a new printable product, but not try to finish it today. In fact, I thought I would do the least amount of work possible: create a folder named ‘New Project’ and get myself two points under the “I reduced the scope of something so I could get started faster” metric. I started it at 830PM, figuring I would be done in five minutes and then write a really short update post. Two hours later I had done something I had been putting off for years: consolidating all the productivity and personal development work into a single folder on Dropbox, and organizing it by product/variation. This is the first time I’ve seen it all in one place, some ten years worth of work now at my fingertips. It gave me a little boost in morale! And, because this is a result that makes future work possible, that is an additional 10 points! This is a good example of the once you start something, it’s easier to keep going approach that tends to work very well with me. Just starting something big and ornery is very difficult for me to overcome if it’s just me. Once I start moving, however, I can keep going 99 times out of 100. It’s one of my idiosyncrasies related to working solo that I would do well to remember more often.

One exciting distraction this morning came when I was looking through my mail after mopping the floor. It was an envelope containing what I thought was a greeting card with no return address, which made me think it was junk mail from a realtor. Upon opening it, though, it contained another envelope dated 2000, marked as “undeliverable”. It contained a few mysterious pages of a play and a cover letter explaining why I was receiving these messages. The signature had been water damaged, and was nearly unreadable. 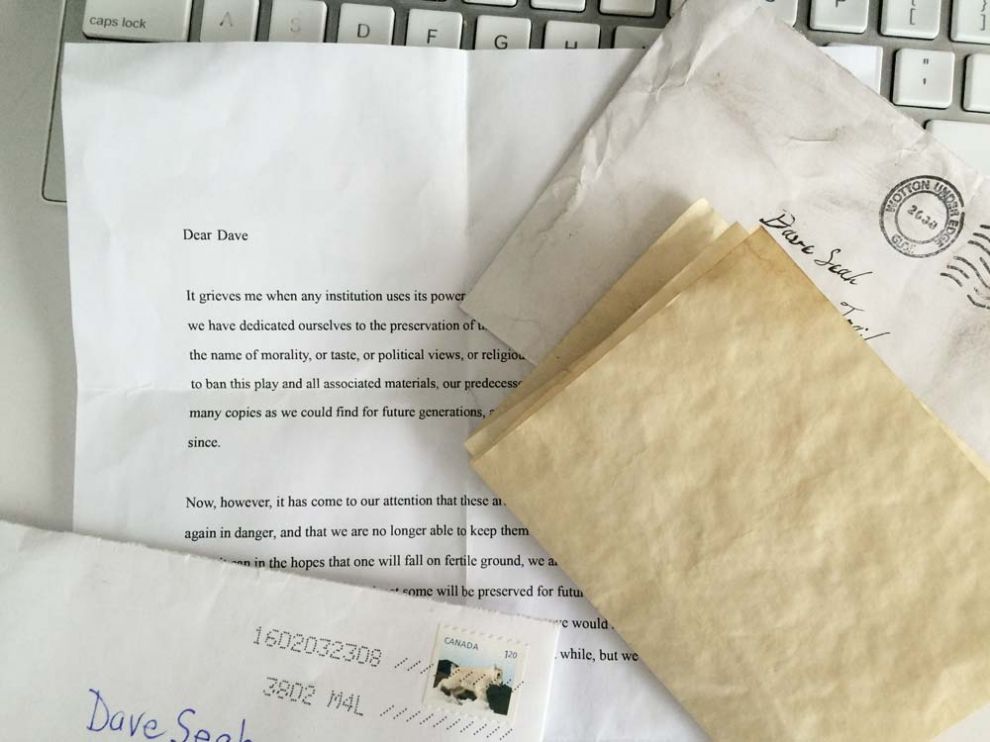 I’m not showing the complete contents because I don’t want Googlers to stumble upon this in their search for answers if this is what I think it is; I’m somewhat familiar with this area of endeavor and the entities that may be involved. Whoever put me into the network…thank you! You are awesome! Needless to say, I’m excited to see what comes next…

I also have accidentally started a new photographic project to take pictures of my eyes. It’s kind of a long story: I was chatting with some game friends about Black Desert’s new Character Creator, which is for the eponymous Korean MMORPG that’s launching in a couple weeks. It is perhaps the most detailed character generator anyone has seen to date, and we were all sharing screenshots of our characters and complaining about how eyes never were quite right, and got to talking about our own eye color. Since none of us have met in person, we had no idea what colors our eyes were so decided to share pictures of our eyes. It turned out to be not only an interesting technical photographic challenge, but also informative. I’ve never really seen my own eyeball up close, and was fascinated (and a bit disturbed) by the alien landscape of bumpy skin and stray hairs that surrounded my primary ocular interface to reality. And so I’m going to keep taking picture of my eyes and see if my relationship with them changes through increased familiarity. I’m thinking I need to take better care of my skin, and maybe take care of a few stray eyebrow hairs while I’m at it.

I’m calling this a 12-point day. While I did do a lot of other things—mopping the floor, giving away books, vacuuming, tidying, and researching various weird things like how to read a USPS Intelligent Mail Barcode—none of them were directly related to my specific GHDR goals. And that’s fine! The point is to be aware of when you ARE focused (or not distracted from) achieving those long term goals.

I’m increasingly aware that I’m not really tackling the big goals on the list, so this week I’m going to try to start on one. Maybe the music composition, illustration, or big software projects. Something new. Something that I don’t know how to do quite yet, which is just the kind of thing that makes me delay jumping in. I’m semi on-call this week too for the UCLA/IU trials with the kids using the interactive software we developed, but this just means being available in case there’s a problem and addressing issues between sessions if we can.