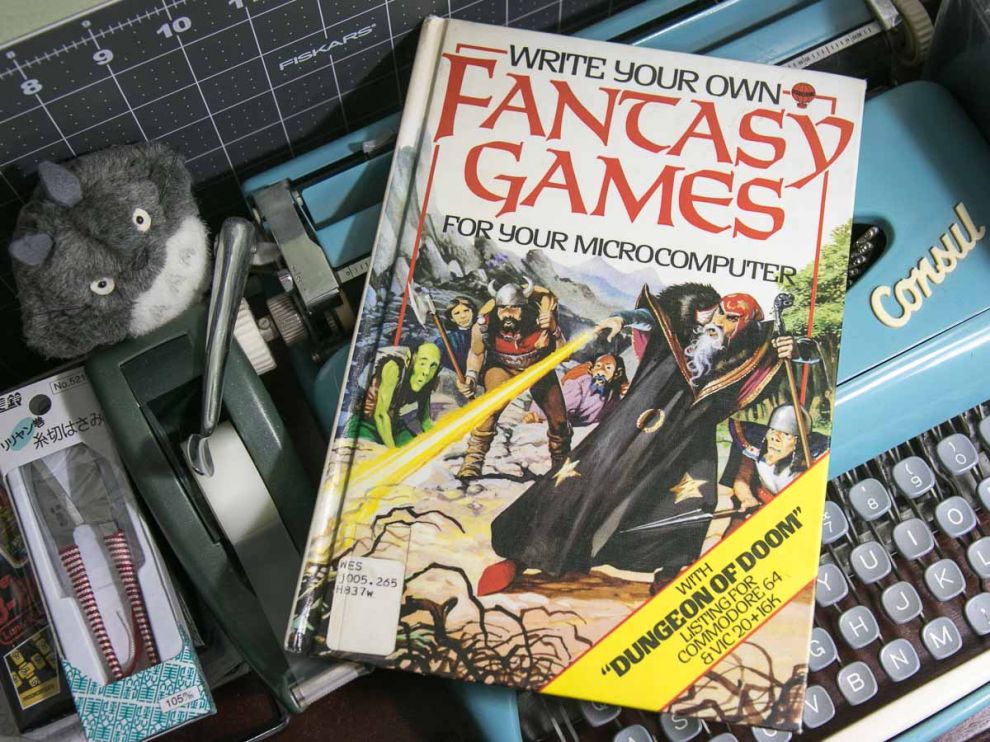 I just got this 1984 edition of Write Your Own Fantasy Games for your Microcomputer. It contains the listing for a game called “Dungeon of Doom” for the Commodore 64/Vic-20 computers. It is so old that the book devotes space for describing how to save your listing to a cassette tape drive.

When I was a kid, it was books like this that empowered us to dream about making our own games. Back then, no one really knew what a game could be. Graphics were so crude that there were no expectations at all. We were happy if text appeared on the screen, and amazed when it changed in response to our taps of the keyboard.

It’s a pretty cool book; even now I get excited browsing its pages because of the lavish (for 1984) illustrations and informative-looking diagrams that explain heady programming concepts with chatty monsters. I would have been in the 10th grade in 1984, and while I was familiar with editing existing program data to give me super powers, the idea of modeling an entire gaming world from scratch was beyond my mental capacity. Looking at this book now with decades of programming experience under my belt, I’m realizing that it’s STILL beyond me, even at this simple-by-modern-standards level. I have had the skill, but lacked the WILL to bring a game into existence. It’s another kick in the pants, reminding me to to get back to work on Project 1401 while I have the time. 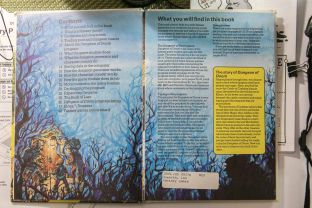 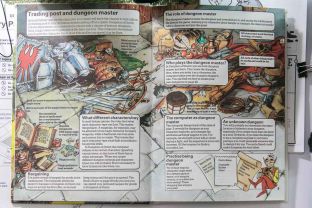 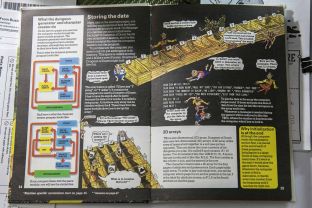 Though the game mechanics and computer technology in this book are far outstripped by modern practice, I still I really admire what the book is doing: showing kids (I think) how to program a fantasy game all by themselves. It doesn’t talk down or dumb down the language, but it tries to be accessible. There are a lot of pictures and diagrams that explain how data storage and computer logic works through the use of genre-friendly monsters. It is pretty badass, even though there is no way any computer back then could even show a picture of a monster. You can actually download PDFs of this book and others in the series from the Museum of Computer Adventure Game History if you just want to see what it’s like for yourself.

These days, there are incredible tools for making games, and college-level courses for teaching industry practice. A book like this would probably be a 3-day assignment, just one of many over a four-year program of study. Even with all this power and knowledge available, it’s hard to imagine any but the most die-hard kids attempting to code anything from scratch. That’s always been my dream, to write a game from scratch. My thinking may be outmoded, but I still feel the dream somewhere in me. Just gotta dive it, just like it’s 1984 I suppose!