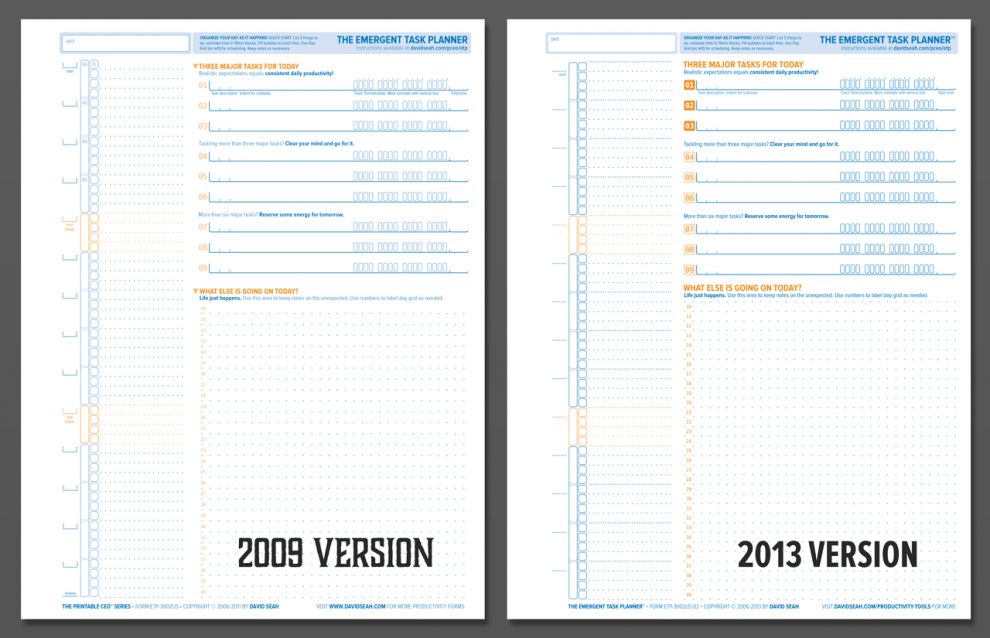 I’m close to running-out of Emergent Task Planner pads on Amazon, and this gives me an opportunity to update the design slightly for the next print run. The current pads are the 2009 design I believe, which uses the old font (Helevetica Neue Condensed) and has a number of quirks.

The changes are not to the layout; I’ve decided not to shift things around again because there is an entrenched population of users that might not appreciate it. However, there have been complaints over the years that I felt I could address. Some of them are mine, and some of them are based on feedback I’ve gotten from users:

p>I think that’s about everything. I’ve sent the new design to the printer, and hopefully we’ll see the new pads arrive at Amazon in the next couple of weeks. There might be time to make some minor changes if I hear about them now.