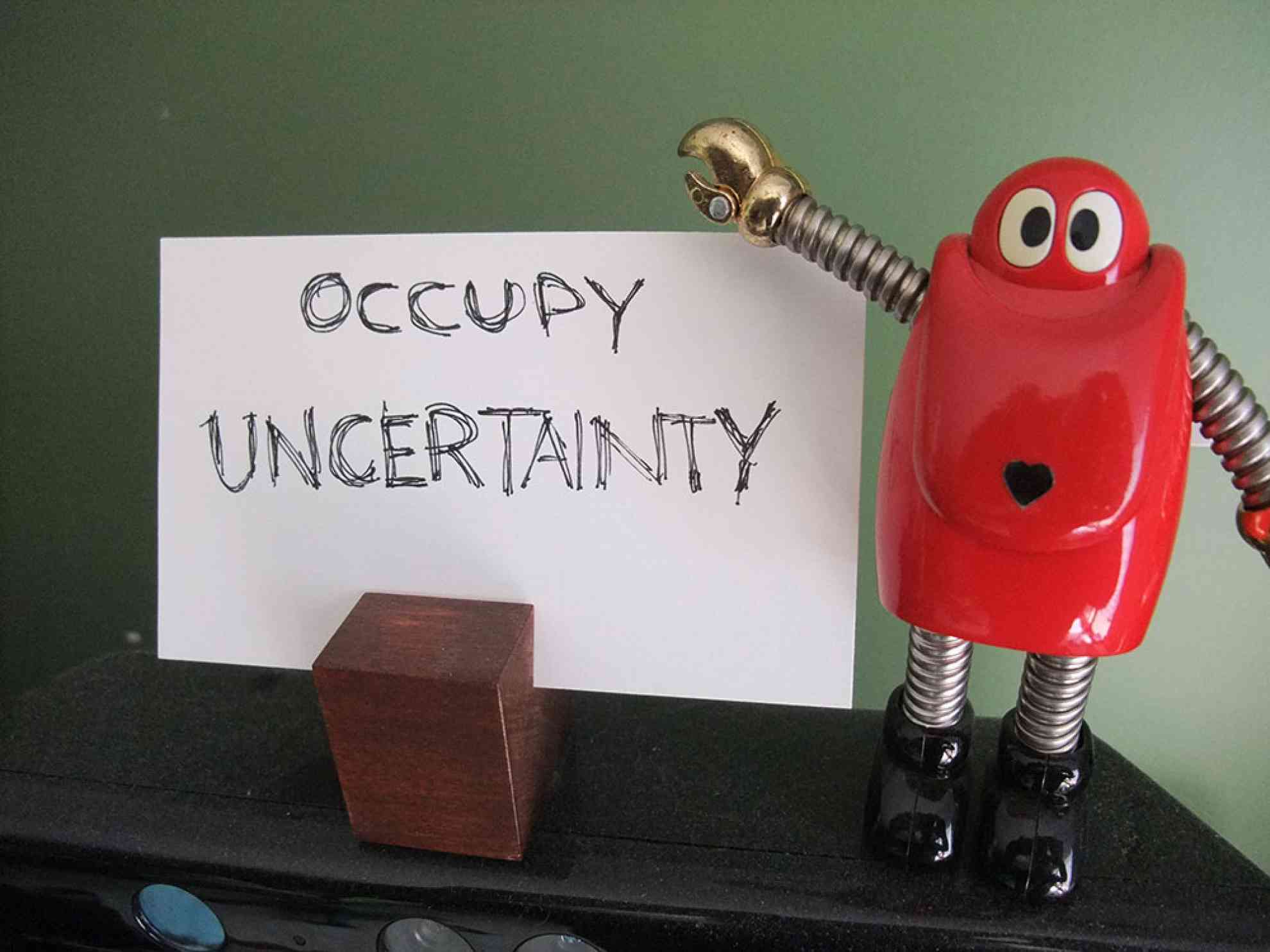 After reflecting on yesterday’s post summarizing what I learned from a six-week productivity reboot, I’ve decided to develop two habits:

I think that developing these habits will help me chip away at the mountain of tasks! Read onward for the details.

The first one, seeking out uncertainty and negative reactions, is the main experiment. Instead of fighting them, the plan is to embrace them instead, diving into them and occupying the moment. Before, I would isolate and them muster the energy to destroy the resistance.

The theory is this: by embracing these feelings, I might discover a different way of dissipating the negativity. I got the idea from the ‘Possess’ animation in Bioshock Infinite, a computer game I’ve been playing. In the animation, a ghostly spirit flies from your hand and possesses a machine or enemy, turning hostility into an alliance, until the effect wears off. It’s kind of a beautiful effect, though the game itself is hyper-violent.

Anyway, earlier today I was facing an unpleasant task in the form of taking out the garbage to the dumpster in 95+ degree humidity. I felt the negative resistance rise, and I chose to occupy it instead of trying to overwhelm it with logic. The negative feelings surged and took on a voice. I listened to it the various reasons that I didn’t want to take out the trash: Oh, I had to open the gross garbage can and tie up the bag inside. Hopefully it would not be dripping ooze onto the floor. Then I would have to open the door and walk for several minutes in the sweltering heat, operate the dumpster, and then walk back. After that, there didn’t seem to be much of a reason NOT to take out the garbage, other than it seemed gross and inconvenient, but not really that bad.

This might work because negative emotions are a kind of shadow, and shadows don’t do so well when the light of reason shine on them. I’m a fairly rational dude, so by “occupying” the emotion by acknowledging and empowering it with the support of my thinking process paradoxically makes it go away, like a ghost released from its earthly bounds. It also reminds me of when I was in the 5th grade, and I went up to Mrs. Nunnalee with a vexing question about the assignment. In the process of explaining what my confusion was, I somehow ended up clarifying the problem, and Mrs. Nunnalee smiled and nodded sagely without having had to say a word.

Happy Bubbles in Every Task!

As I wrote yesterday, I have a theory that my main desire in life might be as simple as not wanting to be bored. Therefore, I reasoned, I should be seeking tasks that are mentally stimulating; it is then that I am not bored, and productivity ensues. The barrier I had faced before was that I let the “boring nature” of some tasks manifest as negativity. My new mandate is to find something mentally stimulating buried in the task, and then pursuing it because it’s no longer boring. Before, I might muster a sense of duty to do the task (e.g. “It’s good for me, so I should do it”), but that requires a lot more discipline than I can reliably muster. This is especially true if the task doesn’t really seem that urgent.

So how do I convert a boring task to an interesting one? I’m borrowing a page from my Happy Bubble Time, which is made of mental stimulation. I think I can learn to find something interesting in even the most tedious task by either turning some aspect of it into an experiment, blog writing, or structured knowledge enhancement. So, if someone needs me to do some Javascript and HTML coding (which I don’t naturally enjoy), I can try to find some aspect of the task that I think is mentally stimulating, rather than doing it out of a sense of obligation; in this example, it would be to refine my understanding of Javascript and documenting it, thus increasing my store of knowledge.

My reasoning may sound selfish, but perhaps it is a more honest way to approach the chore. Doing a task because you feel some kind of obligation is not the same as doing work you love. That said, to be part of a community requires a giving of effort backed up by the sanctity of your word, so there’s a need to balance between obligation and self-interest to live a harmonious life.

The true measure of this week’s habit-building experiment will be how I tackle the MOUNTAIN OF TASKS maintained in Trello. The more that get done, the better! I’m trying to get closer to my long-term goals by occupying Uncertainty and Finding Happy Bubbles in Boring Tasks.