Time sure does fly. Two months ago Al Briggs and I started work on the iPad version of the Emergent Task Planner, and we’re at that point where we need some early feedback to determine whether the user interface is going in the right direction. Al has been chipping away at the code in his free time, and we’re at a place where the first wave of testing is ready to be unleashed for a first group of 20 testers! 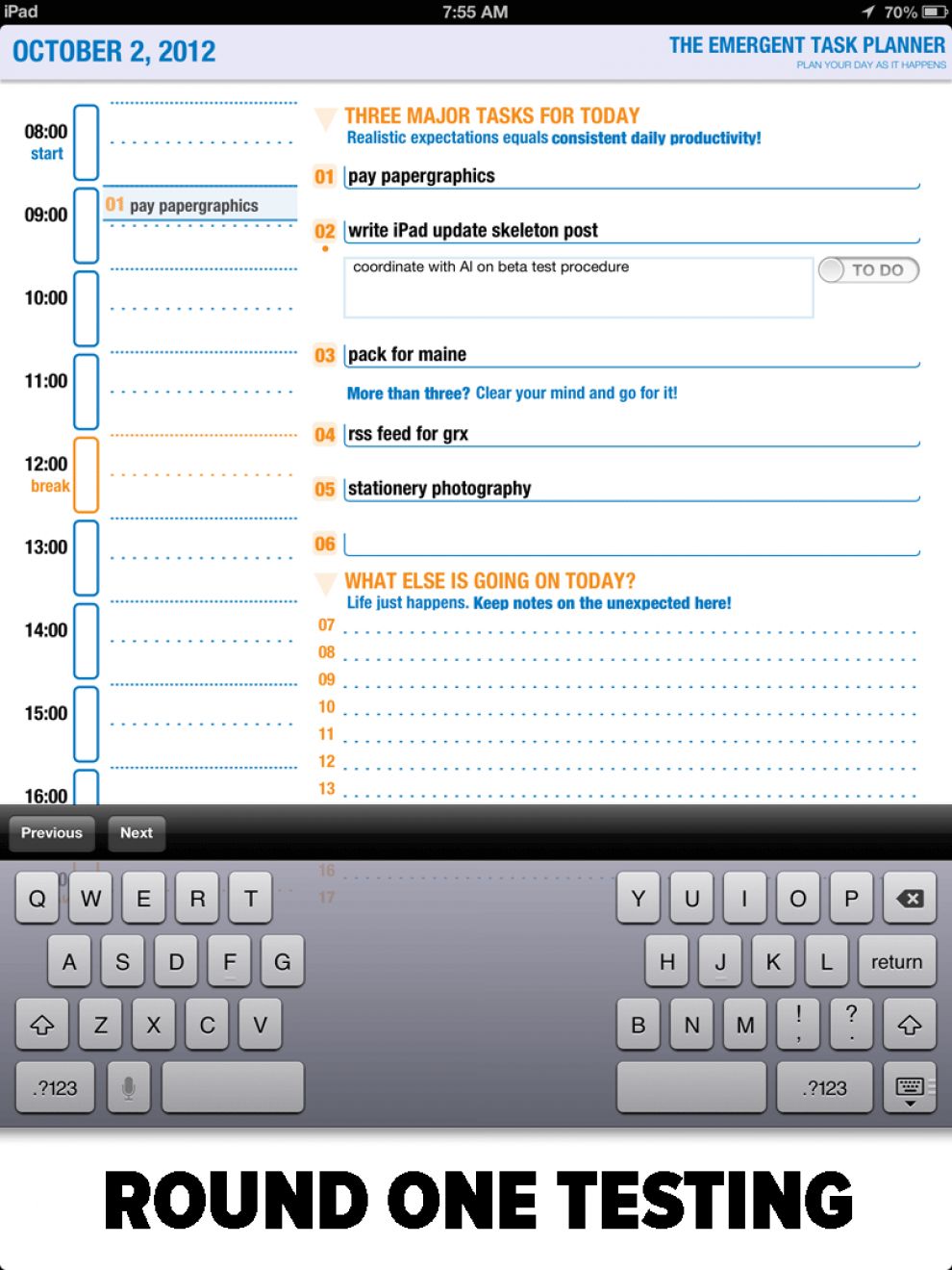 Testing Methodology for Round 1 Testing

Testing will use rounds of testers so we get some fresh eyes on the App with every design iteration. Eventually, all testers will have access to the prototype application.

For the first round, Al has selected 20 testers from the list, covering a variety of IOS versions, iPad versions, and experience levels with the ETP.

The App as it stands does not have all features or functions in place (i.e. it is not “feature complete”), so what we’re looking for is impressions, suggestions, opinions…any feedback at all to get a sense of where people are coming from and what they’re expecting.

p>When it comes to writing bug reports, Joel Spolsky does a nice job of describing the three essentials that you MUST include:

Keep it simple and matter-of-fact; you don’t need to try to diagnose what the problem is, but do describe how you in recipe-like detail so we can see what you saw, and then understand your pain. For example: