I’m collaborating on a brainstorm sheet with James Allen of Creative Huddle, combining his expertise in teaching creativity with my nutty love for information-dense productivity forms.

Back in August, I posted the first draft of the sheet, which looked like this: 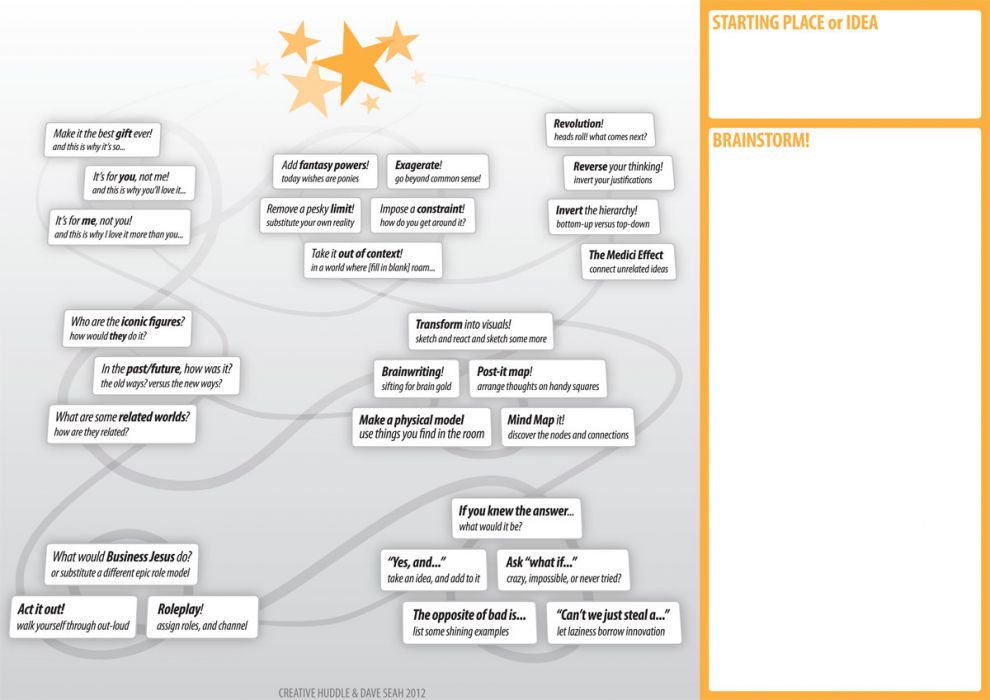 In our followup Skype session, James likened the swooshy graphics as a way to select a brainstorming strategy as one moved from idea to idea. You could start anywhere, and then depending on the direction you went, you could get a different set of creative prompts like a choose your own adventure. 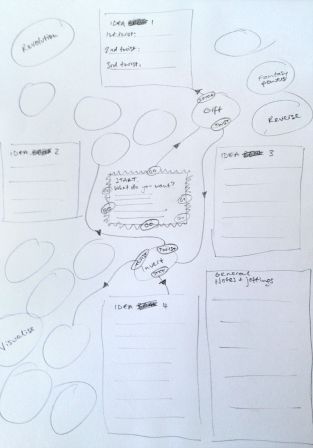 James sent me a sketch of the idea, and introduced the notion of “twist” and “stop” nodes. I thought of “spinners” in pinball games and multiplexing circuit switches.

For our next step, I took the first sheet and did a prototype layout. The goals: create a deliberate connection between the brainstorming prompts (“nodes”) while allowing for a variety of choices. I had a six-sided die in mind, so I made sure the number of choices per node was 2, 3 or 6; these can be easily calculated from a six-sided die. 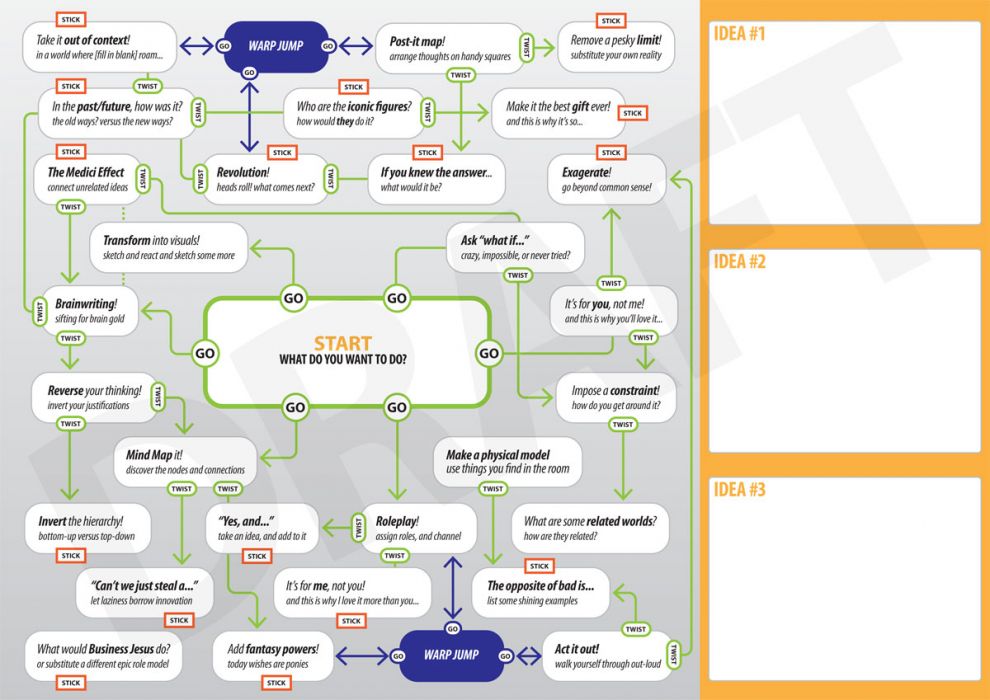 As I worked on this, I became aware that the layout of the various questions had to be distributed in a way so “good” combinations were possible, and that all the brainstorm prompts (in my mind I thought of them as “idea boosters”) were reachable. It also quickly became apparent that laying out the brainstorming boosters was a challenge akin to designing a small integrated circuit, so I chose not to spend a lot of time on this until we had a refined set of brain boosters and spinner operations. James was happy to take another pass at the booster list, providing a shorter list that he’s confident will serve the majority of cases we’re thinking of.

So that’s where we are now. With the refined list of boosters in hand, my task is to make a third pass at the layout and be more specific about the selection/play mechanism. We have a disagreement in how to handle the write-in areas of the form. James would like to see them inside the diagram, while I’m not a fan of them and prefer to have them in one place off-to-the-side…I haven’t realy spent time on it either, as I’m more pre-occupied with the design of the main area, which I will now call “the booster board”. There’s quite a bit of work to do to resolve the layout, but hey…we’re pushing forward!

UPDATE: Here’s James’ post on the booster ideas, all listed and categorized.