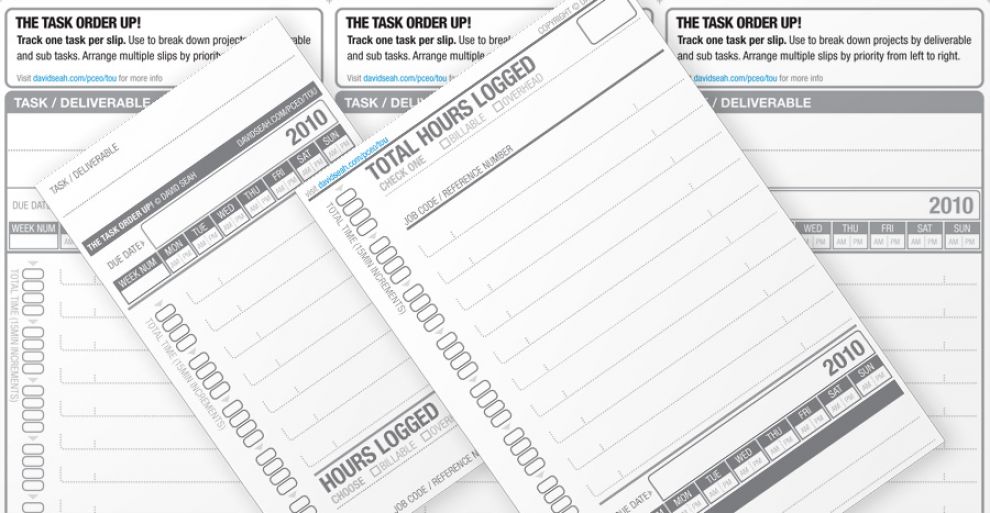 A few years ago I was in a McDonald’s during the lunch rush, and after placing my order I observed the cashier arranging my order slip on a rail with the rest of them. Food preparers were already assembling orders, but fries were held up and a few special orders took longer to assemble. The check rail was the continual point of reference, allowing everyone not only to see what was in each order, but also providing a visual sense of just how backed up they were. There was an electronic version, glowing greenly in the corner, but it was positioned just a bit too far away from the actual bagging area to be convenient. The paper order slips were more permanent, and upon fulfillment they were taped to the side of the bag to tag its contents. I thought this was very cool, so I designed the Task Order Up to play with the concept at home. It was designed to collate the two important questions about one’s work:

As originally envisioned, the Task Order Up implements a priority queue in a production environment. As tasks come in, Task Order Up slips are filled out and handed off to a worker who will handle it. The worker can then array the tasks over his workstation, knowing exactly what needs to be done. Each slip is like a mini job contract, a prop for discussion. The worker can arrange them by the order he is going to do them, and what’s cool is that everyone else can see what’s on his plate just by glancing at his desk: work queue becomes more transparent. I think this helps avoid those micromanagement situations, but I must admit the main reason for making these slips is because I just like check rails. However, I’ve heard of people using this in production environments…check out their photos on Flickr. 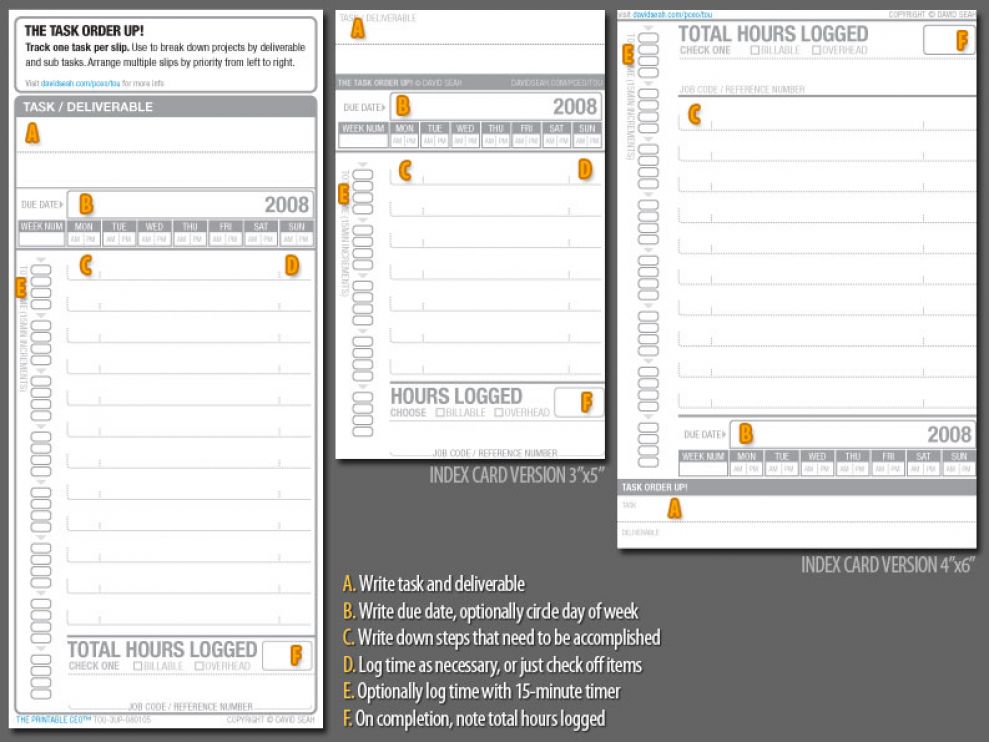 This year’s updates make some cosmetic changes to the typography, including darkening some of the background tints which were printing too lightly.

For more background information about the Task Order Up, see the original article. Enjoy!