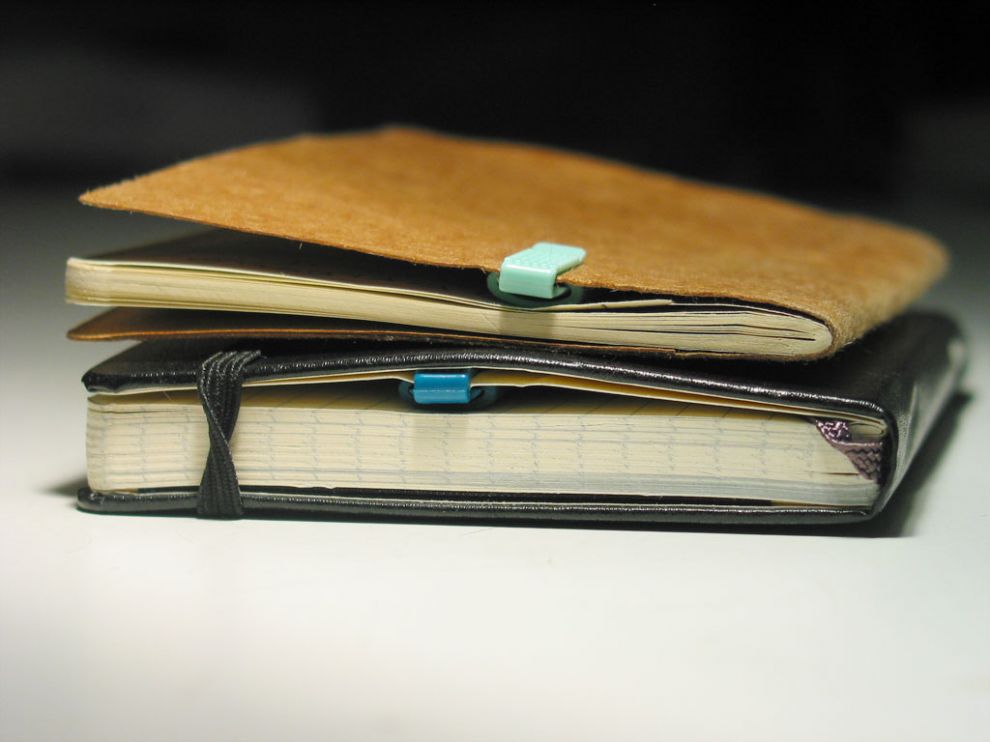 Last week I wrote about these flat bookmark pens I got at Barnes & Noble. I finally got a chance to use them “in the field” during Barcamp Manchester, tucking one into a thin moleskine cahier journal. It was quite convenient, and I discovered that the flexing of the pen body was actually an advantage: it doesn’t break when you sit on it! At least, so far it hasn’t.

The one complaint I had was not due to the pen; the cahier is a very flimsy notebook to write on while standing up. So today I stuck a flat pen in the regular moleskine pocket notebook—the one that fits in your back pocket—to see just how much of a problem it would be.

As it turns out, it’s not so bad if you put the pen in the middle, clipped to one of the manilla folder inserts (it’s a thin cardboard as opposed to regular paper). The bottom of the pen tends to move around though; I might use a small loop of paper or sponge to help keep the pen in place. The cover does bend alarmingly, comforming itself around the pen, but I think the moleskine can probably hold up to it. Time will tell.