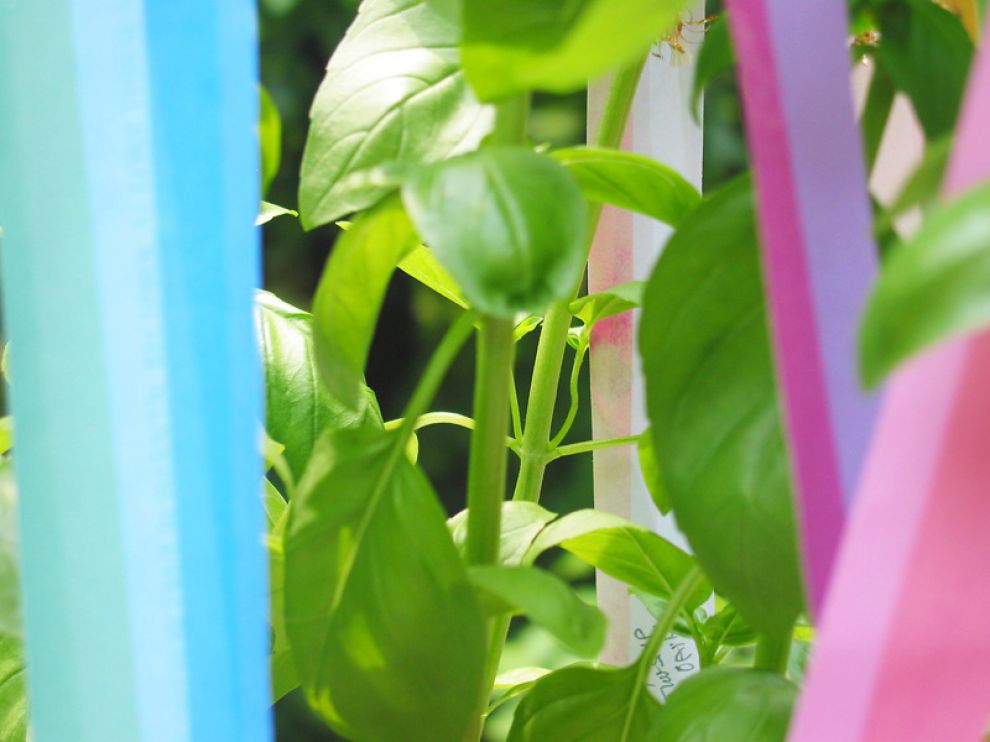 I was reading about Tanabata, the Japanese Star Festival, for the first time a couple nights ago. Tanabata has all the ingredients for a good festival: a poignant backstory about two lovers separated by the entire Milky Way, a begrudging Sky Emperor that allows them to meet ONLY ONCE A YEAR, plenty of regional variation in the tradition, and of course awesome decorations. You also get to make a wish on Tanabata, writing them down on pieces of paper and hanging them on bamboo trees in the hopes that the two lovers will see them as they cross the Milky Way.

I’ve seen pictures of this festival in movies and, I suspect, console games like Harvest Moon, but didn’t actually know what it was until very late in the day of Tanabata, July 7. All the stores were closed, so I quickly made some colored streamers on my printer and hung them on the basil plant on my deck.

When I showed the picture of the plant to my sister, she asked where I had gotten the streamers from. She suggested that I post the template online, so I’ve cleaned it up a bit and am making it available for download. And since Tanabata is celebrated on July 7, August 7 or July 31st, depending on what region you’re in, you still have two more chances to make a wish this year. It’s not too late!

First, I should disclaim this by saying this template is not an authentic decoration from Japan. On the other hand, it is something cool to do for yourself; I don’t think it’s as huge a cultural faux pas as washing your face with the oshibori in polite company, or drowning your nigiri in soy sauce at the sushi bar, but STILL…consider yourself warned! :-) 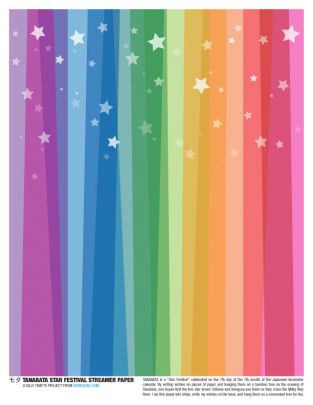 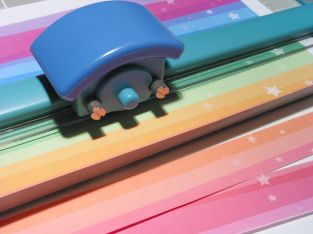 STEP 2: Print, then cut paper into long strips. You’ll have to trim off the ends, of course. I just make them wide enough to feel right. 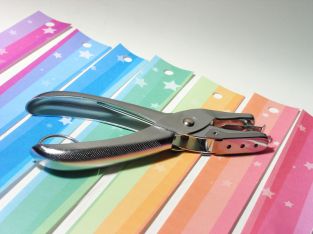 STEP 3: Punch Holes. This is so you can thread some string or something through them. 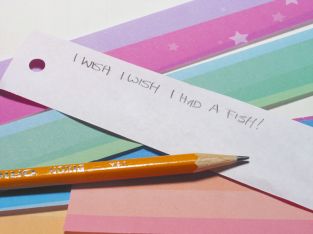 STEP 4: Write a Wish on the back of the strip. I made a rhyming wish as an example; apparently people also write haiku and other poems. That might make the wish more potent? Something to consider, especially if you are planning on making OUTRAGEOUS wishes. Since I had a lot of strips, I wrote down wishes for other friends and family who said they could use a boost. 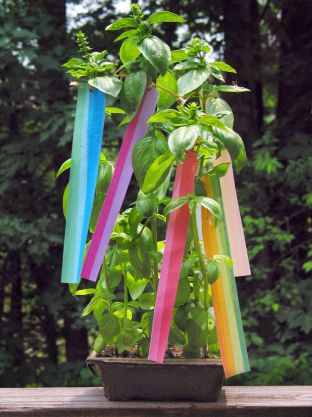 STEP 5: Hang the strips on a bamboo tree. It was already 10PM so I didn’t have time to go get an actual piece of bamboo. I considered using some of the leftover chopsticks from pork lunchbox night, but they are actually some kind of soft wood instead. So I hung the streamers on the basil plant on my deck. At least it smells nice and is edible.

What I like about this custom is that it projects your wish into the world. Our wishes color our perception, and sometimes that’s enough to open doors; my own wish was crafted with this in mind. So far, nothing has come to pass, but I remain hopeful—and that is exactly how I wished to feel this weekend :-)