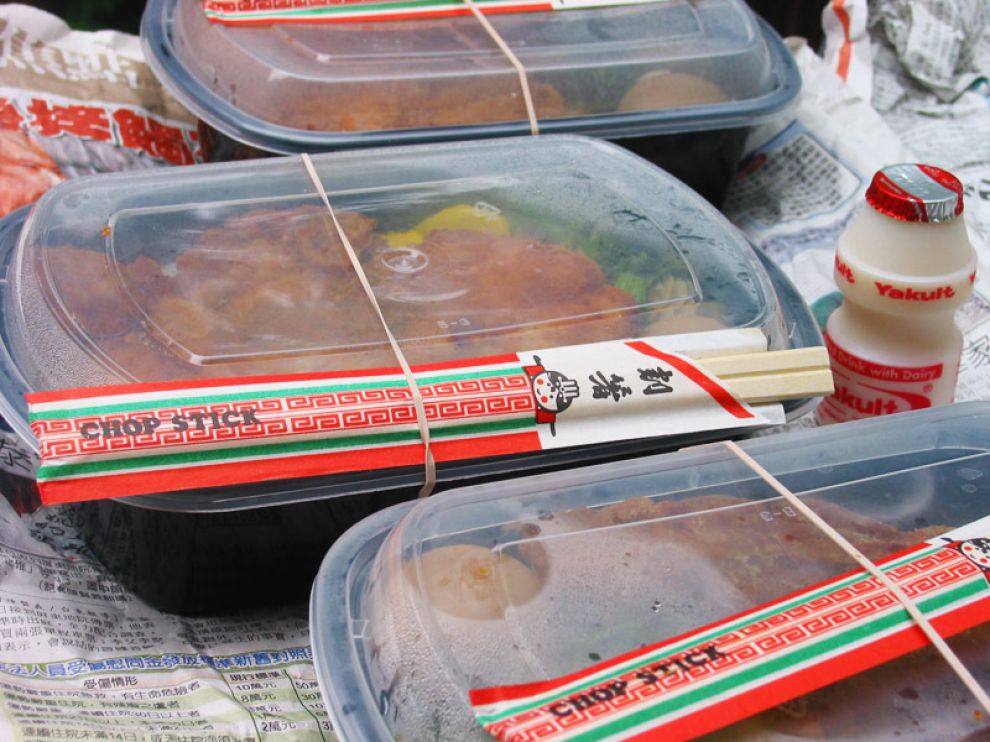 This July 4th my sister and I attemped to recreate bien dang, which is a kind of ready-made boxed lunch that we used to get in Taiwan. My sister and I remember it from road trips; there was a particular rest station between Taipei and Kaoshiung that had pork chop boxed lunches that I liked. The box included interesting vegetables, eggs, and pickles, but it was the pork chop that I really looked forward to most. The photo above is our best approximation of a real bien dang.

I’ve been trying to recreate the chinese porkchop recipe based on experimentation, and I think I almost have the seasoning correct. However, there are a lot of variations in the recipe. One of my buddies shares a similar passion for pai-gu fan (pork chop rice, I think it means). And then there’s this example that my sis found on Bribe Me With a Muffin; as a bonus, this blog yielded tons of Boston-area foodie information and clued me in to a firm called Design Continuum (they apparently did some work on the $100 laptop UI)…but I digress.

Our bien dang re-creation has a ways to go before we really nail it–they were a bit dry, and I didn’t season the pork chops enough–however, we have made significant progress: you can read more on our documented Flickr photoset. Sis and I will likely plan a trip down to the Taiwan Cafe in Chinatown to recalibrate our taste buds; there are also several more Taiwanese restaurants that I want to visit. Yay! 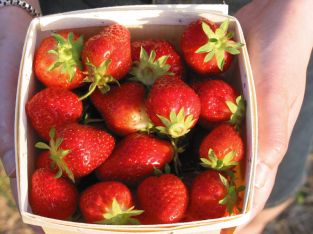 We also went strawberry picking for the first time. I had no idea how awesome fresh strawberries were; as kids in rural New Jersey, my sis and I would sometimes come across wild strawberries in the field behind our house in Perrineville. Usually they were scrawny things with bugs inside, picked over by birds and rabbits. Not very appetizing, plus we were too small to know what a ripe berry looked like…we picked them all indiscriminately! Anyway, commercial strawberries are much more interesting…check out the strawberry picking photoset for a peek. We bought some baking soda biscuits and made strawberry shortcake; this was something I don’t think we had growing up, so it was good to be introduced to something new. I asked the kids manning the strawberry picking booth how to make the stuff, and they were somewhat surprised that I had to ask how to do it. 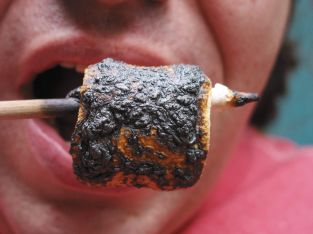 To round out the July 4th Weekend, we also decided to make S’mores. I’d never had one, but I wanted to toast marshmallows so we got the stuff: marshmallows, sticks, Hershey’s Chocolate, and Graham Crackers. Now, I’m not a fan of Hershey’s Chocolate (it’s mostly sugary and without character), but I had to establish the baseline for future comparison. The picture shows one exceptionally well-charred marshmallow that, despite its ghastly appearance, smelled quite wonderful My sister’s boyfriend got to eat it; I got to take the picture. 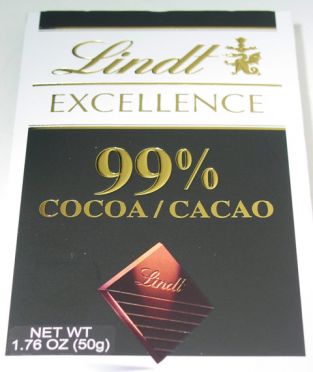 Speaking of death and chocolate, sis and I were at the Mall and stopped by the Lindt chocolate store. They had (gasp) 99% Cocoa Chocolate Bars. I like the 70% and find the 85% rather harsh, but despite that I had to buy a bar. I haven’t tried it yet; I probably will buy a few more bars of this first “just in case”. I expect that the tasting experience will similar to licking a piece of charcoal, or it might be like ingesting the ashes from a very fine cigar. Yes, I really am looking forward to this.

We also consumed a fair amount of Pocky and fancy I-Mei Cookies, but that’s a post for another day.