3D Blast from the Past: Pixel Artist Jim Sachs

A friend of mine was recently on a quest to find a new fish screensaver. While I don’t find screensavers particularly compelling, I suggested that she look for one of them new-fangled 3D fish ones. She uncovered a couple of mediocre screensavers before finding Marine Aquarium. Even I had to admit it was pretty cool. 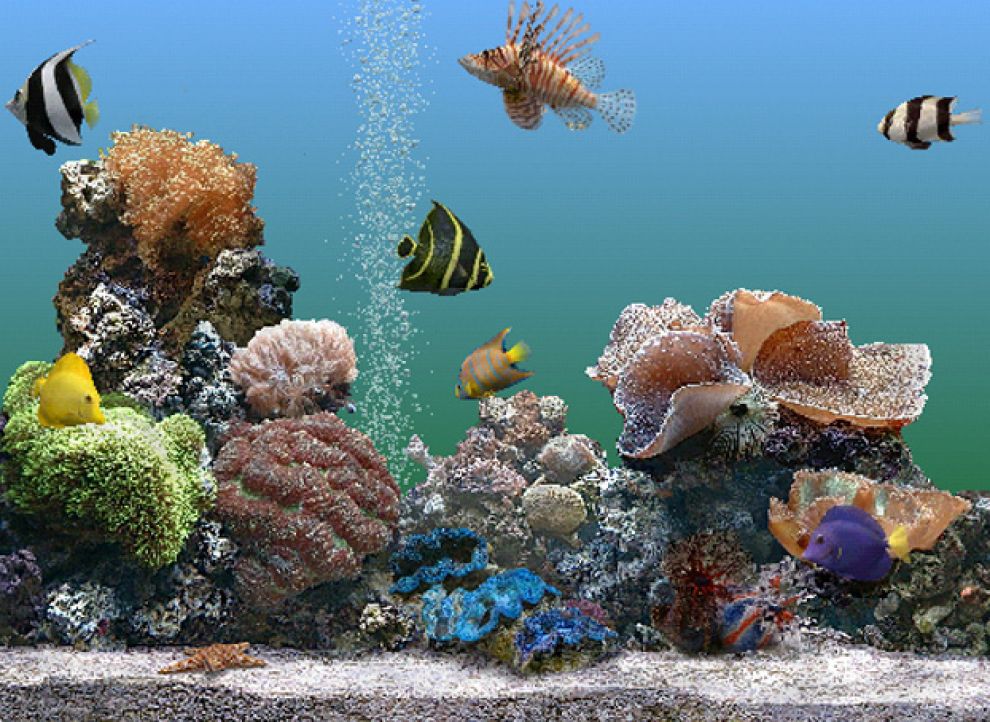 It’s one of the loveliest fish screen savers I’ve seen, with beautiful color and attention to detail. If I didn’t mind loading down my machine with extraneous software, this would be the screensaver I’d buy.

I was struck by the level of pixel art in the background graphics; it’s rare to see that level of attention outside the professional video game industry. As I analyzed the graphics technique, I saw an artist’s signature that seemed very familiar…

I couldn’t remember where I’d seen it, but a quick Google revealed that it was the mark of Jim Sachs, legendary pixel artist. Older gamers might remember games like Defender of the Crown from Cinemaware, which showcased the Commodore Amiga’s animation and sound supremacy. There was no other computer at the time with the raw multimedia-handling hardware capability, and the color resolution was significantly better than just about anything on the market. When I was in college, visiting an Amiga geek’s dorm room meant seeing the latest Cinemaware release and gaping at it. I was still using an Apple //e at the time: 8-bit processor running at 1MHz, the screen resolution of wet newspaper, and the simplest possible sound hardware: the click. The Amiga was, to my mind, the future of personal computing, handily spanking all comers with raw hardware capability; I still feel a tinge of lust when I look at these circa-1984 specs :-) 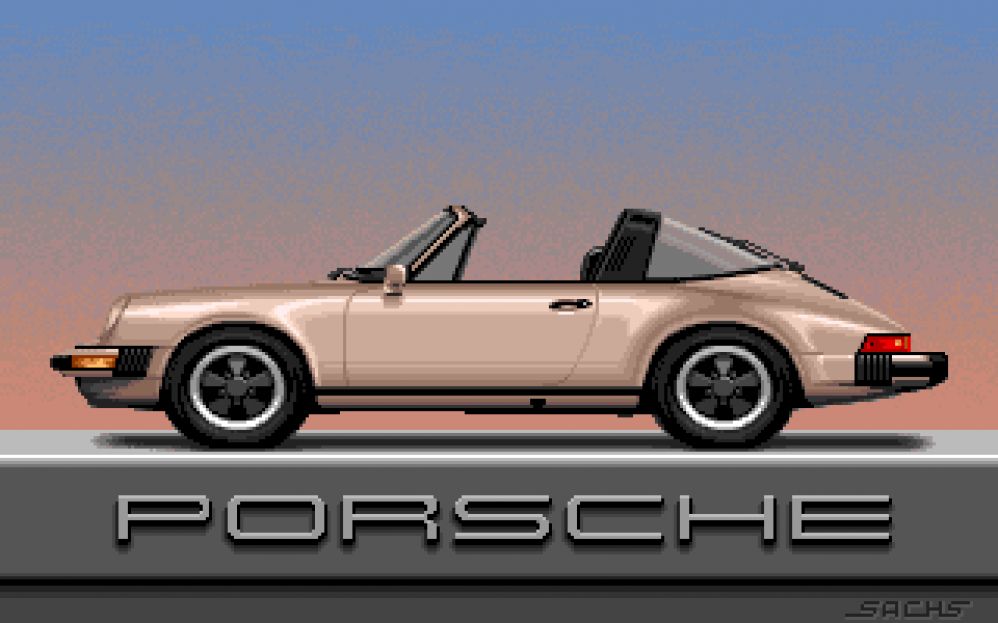 In the good ole’ days of the Amiga, Jim Sachs was one of the artists that defined pixel graphics perfection. Even now, looking at collected works online, I’m impressed by what he managed to convey in a mere 32 colors per scanline. The picture above is the one I remember seeing in college (or possibly the red or blue variation of it). If you click the image, you’ll see the pixel-doubled version of it, so you can see the pixel work a little more cleanly.

If you’re used to today’s 16.7 million color displays you might wonder what all the fuss is about, but trust me: Sachs was one of our major inspirations, showing computer graphic artists everywhere what was possible, and giving us a taste of what the future might bring. While a 32 color palette might even seem like a LOT, keep in mind that every shade of color counts; to make a smooth shadow, you could easily blow half of your palette budget for not a lot of impact. It takes a real subtle touch to do it right. If you click the thumbnails below, you can get a sense of just how limited the color palette is; I doubled the size to be a bit more viewable on modern monitor resolution, and inset the actual color palette in the upper left corner): 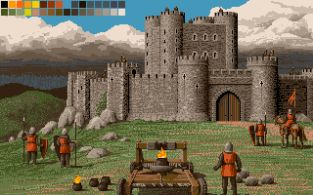 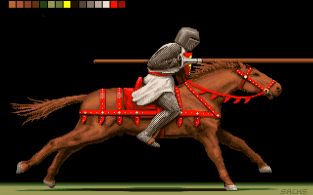 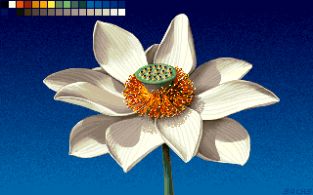 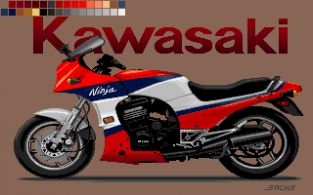 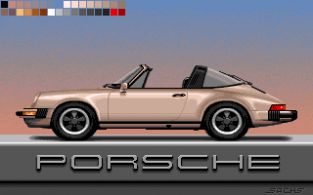 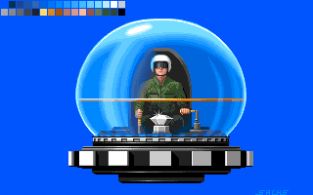 Note: there are more-famous images have very subtle color work, but the images I found online appear to have been converted from special Amiga video modes (HAM, EHB) that don’t illustrate my point.

I was very curious to find out what Jim Sachs had been up to; I didn’t know that Jim Sachs is also a programmer. His coding experience, combined with his eye for animation and color, is the apparent force behind his very popular acquarium screen saver. I realized somewhat belatedly that this was the screensaver I’d seen everywhere, in computer stores, television—you name it! I have even admired it in passing. The screenshot does not do the animation justice; the motion work is really quite beautiful.

Anyway, I’m glad to see that Sachs still out there inspiring us, and presumably making a good living.