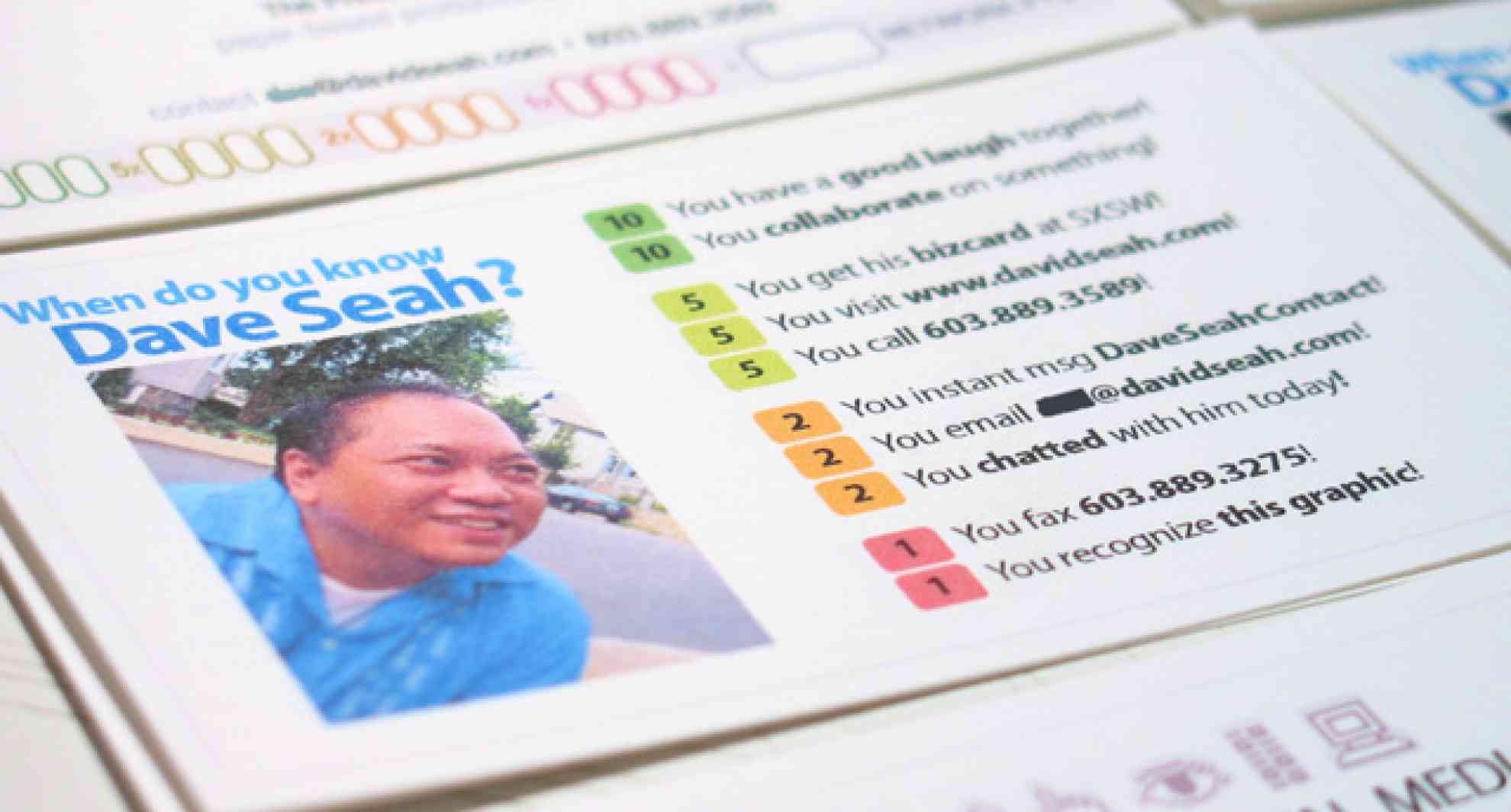 I forgot to order new bizcards far enough in advance to have for SXSW, so I’m prototyping special SXSW only ones to print at home.

I figure that people might recognize me from two things: The Printable CEO™ and possibly for being part of the 9rules Network, so I’m putting those things on the front of the card (not shown) so people can “place me in context” should they not know who the hell I am. If that doesn’t work, I guess I’ll have to start making stuff up real fast :-)

The basic design premise is to parody the PCEO with a handy point-laden chart on the back of the card, and then provide a place to fill out your bubble chart on the front. Alas, finding two-sided business card stock for inkjets is proving to be a pain in the butt, so I am just going to print two cards and hand ’em out that way. Maybe people will have a preference for one or the other.

Also note the photo of myself. I admit it feels weird to have my photo on the card because no one does it except for real estate agents, but I have a theory based in experience. About 12 years ago I had to interview 6 or 7 artists at a time over the course of a long day. By the end of the day I found it difficult to remember who was who; since we were thinking of hiring a few of them, that was a big problem. What I started doing was have them doodle something on their resume so I could remember who was interesting and who was not. The next time we did this, we asked the recruiting office to tell the interviewees to bring something they could leave behind, so we could remember who was who later. I was sorely tempted to take polaroids too, but that seemed a little too intrusive :-)

The lesson I got from the experience: It’s sometimes hard to be remembered; I figure a photo might help in this regard, and help people I meet remake the mental connection after the conference: “oh yeah, that’s the Printable CEO paper guy. He was cool, I should give him a call and score me some points!”