FYI, I am Not Dave Shea

People who know something about web design sometime stumble upon my site, and send me friendly email to say hi. We have a good conversation, and I think, “Yeah, this Internet thing rules! I’m meeting people who have found something that I’ve written personally relevant!”

Then they ask me a question about CSS or “my book”. And I realize that once again, I’ve been mistaken for Dave Shea. You know, of Mezzoblue and CSS Zen Garden fame.

This has happened one time too many, just a few hours ago. It turns out that this person had even told other people that he’d been “talking to the guy who wrote this book”, as he gestured to a copy of The Zen of CSS Design. I can imagine the tears of disappointment streaming down his cheeks, as he stammers out a retraction to his friends. Here, he thought that Fate herself had smiled upon his condition, dispatching a messenger of standards-compliance and beauty to lift his spirits. Instead, he got me. Oh, the humanity of it all!

So it’s time to set the record straight: I’m not him. Check out my site in Internet Explorer and you’ll see such an obvious CSS coding bug that you’ll be thinking, “And I paid how much for this book? Who’s he trying to kid?” Well, it’s not his fault. Buy his book in confidence! Dave Shea would have fixed that double-margin bug. Dave Seah (me) regards it as something to complain about when there’s nothing else good on TV.

I should note that being mistaken for Dave Shea has not been entirely bad. I once had a conversation with an absolutely incredible woman who had seen mention of Shea on Joel on Software, and she assumed it was me. The misunderstanding was quickly corrected, we chatted further, and eventually we went on a fabulous date. Advantage: SEAH!

On the other hand, it’s a bummer to let people down. Here they’ve been thinking that a famous designer has been taking the time to talk to them about their lives, and they discover it’s not him. My sincerest apologies. If you have boarded this weblog by mistake, please exit through this link.

Now, I wish to avoid such inconveniences for future readers, so I’ve prepared this short orientation guide. 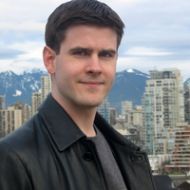 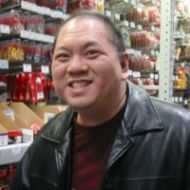 Personally, I would choose the guy on the left; witness the thoughtful gaze and high degree of composure. This, truly, is the face of a CSS Zen Master. The guy on the right looks a little goofy, possibly too happy about being surrounded by power tools at “The Home Depot”.

Answer: If you picked the guy on the left, CONGRATULATIONS! You picked DAVE SHEA! Who, if you’re still confused, isn’t me. Don’t let the matching leather jackets throw ya.

Shea, a member of the Web Standards Project, created the highly influential CSS Zen Garden. He writes about all things web at mezzoblue.com.

From the keyboard of Dave Seah just now:

Dave Seah avoids membership in standards committees whenever possible. He created The Printable CEO, a somewhat popular paper-based productivity tool. His background is in interactive design, and he’s moving away from Web development.

Tip No. 3: Different Pronunciation of Surname

Him: SHEA is an Irish or Scottish name I think. I would guess it’s pronounced shay.

True story: I once got a genealogy offer in the mail promising to reconnect me with my ancestors in Scotland. It even provided me with my long lost “coat of arms”. As I looked through the catalog, it showed beaming red-headed families in kilts. Though tempted to rediscover my lost roots, I chose to keep my 90 bucks. Are there really any Scottish Seahs? I’d like to know. UPDATE: here’s the original offer…I apparently imagined the kilts in my fevered state.

Me: SEAH is Taiwanese. The romanization is unusual because Dad made it up when he first got to this country. You usually see it spelled HSIEH, or HSIA, or even SIA, but he felt that didn’t capture the essence. It’s pronounced s’yah in Taiwanese. In Chinese, it would be sh’yeh. There are a lot of Singaporean Seahs too; apparently, people who emigrated from Fuchien province in China went to either Taiwan (just across the Taiwan strait) or Singapore.

I don’t actually pronounce the name as s’yah. When we were growing up in rural New Jersey, it was easier to tell people that it was “See-ah”. Dad reasoned that it was “close enough”; one challenge in pronouncing chinese words correctly is that you need to make the syllables very short. If you know a Chinese person who’s just learning English, you may have noticed that they never stretch out the vowel sounds. Likewise, when a non-chinese speaker tries to speak chinese, they make the sounds way too long. “See-ah” allowed the rural New Jerseyans to get the basic idea correct without changing their speech patterns, though this led to a lot of “David See-yah Later!” heckling in the 2nd grade. Sigh.

These days I pronounce it as “Say”. The reason for this variation is that when I went to work in Florida, everyone who I knew there through IRC had no idea how to pronounce it and had settled on “Say” when their boss told them that’s what it was. Upon arriving, I decided I liked the way it sounded; “see-ah” had always sounded a little awkward to me, like someone accidently dropping a loaf of bread. “Say” sounded like a soaring bird. So that’s what I go by now.

In a cruel jab of irony, my sister (who hangs out with an entirely different set of white guys) chose to pronounce our surname as SHAY. Just like You-Know-Who likely does. This mixup is possibly all her fault.

Dave SHEA (“Shay”) of CSS Zen Garden / Mezzoblue fame. Famous! You are not reading his site at this moment.

Dave SEAH (“Say” or “See-yah”) of Better Living Through New Media / The Printable CEO. You are reading his site right now, hopefully on purpose. I’m not famous…yet.

Thank you for your time, and good luck telling us apart in the future!

HAPPY ENDING: We met at SXSW 06, and there was no matter-antimatter anhiliation to speak of. Whew!

UPDATE: Here’s the original 1994 genealogy offer. Apparently I imagined the part with kilts.