I’ve been drooling over the latest Levenger catalog, which features upscale furniture and gear for the discerning bookworm. Here’s a few of the things that caught my eye: 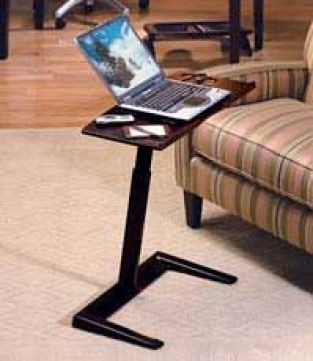 The Scooter Laptop Stand with a single-pole support that you can draw real close; your legs slide by on either side of the pole. Adjustable height via foot pedal, ergonomically designed! And since it’s from Herman Miller, I’m inclined to believe that it’s a solid piece of furniture, unlike those deathtraps sold at the local mega-officemart. It certainly costs enough… 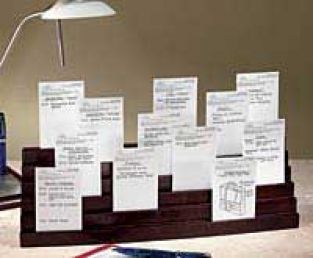 This 3×5 Card Bleacher is for organizing 3×5 index cards in a storyboard format! There are slots that hold the cards, and places for your pens! Levenger also sells a lot of other gear for managing 3×5 cards, such as their pocket briefcase. I hadn’t thought about using 3×5 cards as the basis for organization, but it would be perfect for my kitchen gear mashup project… 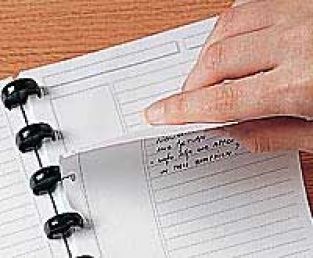 The Circa Notebook System uses Rolodex-style rings so you can easily insert and remove paper, and it’s designed to fold over flat. It looks awesome; no surprise it won 2005 Organizing Industry Product of the Year from the International Association of Professional Organizers. Levenger also sells a paper punch so you can convert any kind of paper to the system. This is exactly what I need for the next phase of The Printable CEO system. The basic notebook is $16.00, which is a little pricey, but not outrageous. 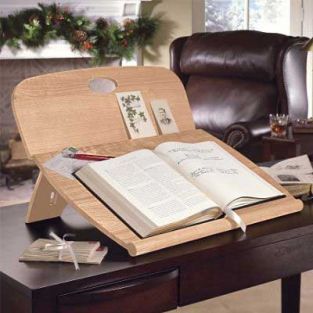 This Folding Editor’s Desk is allegedly modeled after inclined writing desks used by scribes. What I like about the design is the back shelf, which can be used to support reference books you’re referring to as you write. When I’m assembling custom reference material, I often get buried in multiple source books; I’ll have to look into building something similar. 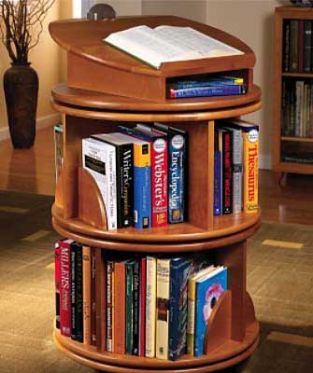 This Carousel Book Shelf/Stand would look awesome rotating in my fantasy library, wouldn’t it? Levenger sells all kinds of neat library furniture, like a circulation manager table for newspapers with rounded shelves that keep magazines from sliding out. Nifty! 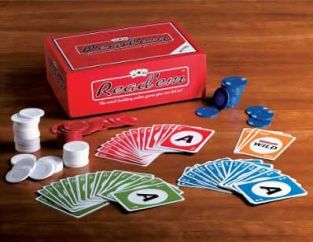 I am not a fan of poker, but I could get into Read ‘Em. It uses poker rules, but instead of going for the straight flush you spell words using letter cards. The longest word spelled with most letters of the same suit wins! 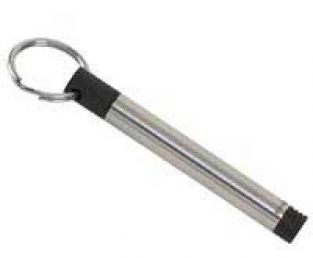 The Inka Pen is a compact all-weather pressurized pen that can fit on your keychain; it’s 3″ closed and 5″ open. According to the site, it’s designed by engineer Greg Adelman, who needed a reliable pen while at sea deploying research instrumentation[.] It apparently even writes underwater. Makes my classic Fisher Space Pen seem a little less shiny…time for an upgrade, I think.

There’s more cool stuff on the Levenger website…send away for your catalog! There are also a few retail locations: one’s in Boston’s Prudential Center, two are in Chicago, and one is in Del Ray, Florida. I’m going to have to check out the Boston location and see if this stuff is really any good.