Back to Basics: The IBM Model M Space Saving Keyboard 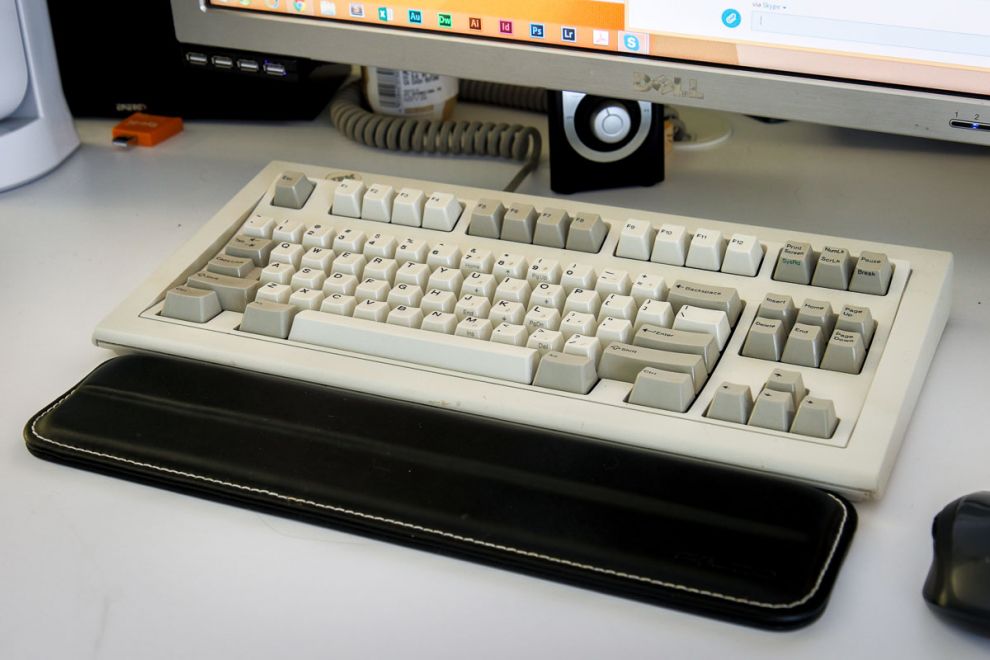 For the past year and a half I have been buying mechanical keyboards based on the Cherry MX Keyswitch. My favorite model so far has been the one based on the MX Green switch, which is has both tactile and audible feedback mated to a stronger-than-usual spring. On a whim, though, I plugged my old 1998 IBM Model M keyboard, widely considered the king of clicky keyboards, and found that I still preferred it. The reason I had replaced it with the MX switch-based keyboards is because the Model M requires a old-style plug called a PS/2 connector. This connector has all but disappeared from computers built after 2004 or so, and even the specialized computer motherboards I buy have problems with their PS/2 ports. USB keyboards are more reliable on current systems.

Today, though, I plugged the Model M back in using a PS/2 to USB adapter cable from ID Innovations, a company that specializes in point-of-sale equipment. Apparently older versions of type of gear (barcode scanners) used the PS/2 standard as well, and they need the additional chip smarts do correct keyboard emulation to USB. And it appears to work really well (for me so far), without the weird reset problems when the keyboard stops working. And you can’t just plug/unplug the PS/2 connector to make it work again; I find that shutting-off then rebooting the computer is necessary on my systems.

I have to say…the Cherry MX-based keyboards, for all the improved feedback of their mechanical switch design, is a distant second in terms of solidity and feel. I am lucky enough to have a couple rarer IBM Space Saving keyboards, which do not have the right-side numeric keypad. This makes it possible to use the mouse closer to the keyboard, reducing arm strain quite significantly. Here’s a video of me showing how loud the keyboard is compared to others; I can’t use the keyboard when I’m on a conference call or even sitting too close to someone with sensitive ears, but man…it feels wonderful.