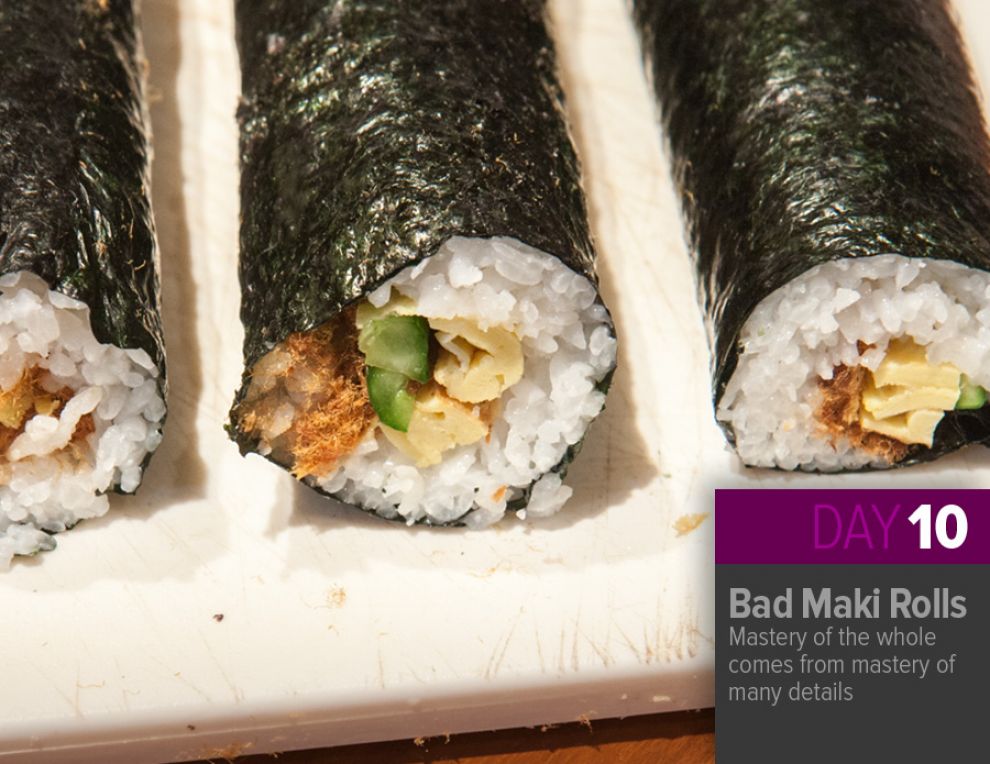 Today’s thing-a-day looks like food, but it is really process.

I have been having a hankering to eat more rice, having fallen into what I’d describe as a western/fast food diet. Cooking and consuming Asian food brings me comfort, even when it’s not directly from my country of ethnic origin Taiwan. More specifically, I was in the mood to have a decent Futomaki roll.

I’m not Japanese, but Taiwan was a Japanese colony for 50 years and there are a lot of food influences present even with the influx of Nationalist Chinese after World War II. But I digress…my mom used to make futomaki rolls when we lived in New Jersey with lightly-picked cucumbers, sweet egg omelettes, fried tunafish fluff she made by browning Chicken of the Sea tunafish with sugar, and a chunk of fake crab meat. My sister and I had made it under Mom’s watchful eye, giving us guidance on how to do it, but that was a long time ago and Mom is no longer with us. I was in the mood to make it. How hard could it be? 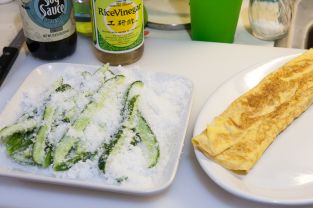 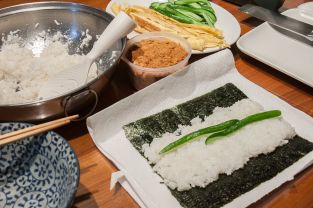 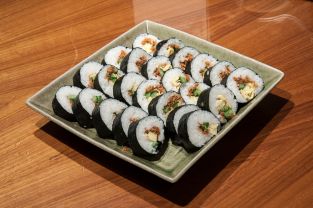 Not bad looking at first glance, but they tasted terrible.

The key to a good futomaki roll is balance between ingredients and flavors, and not being practiced at making (1) sushi rice (2) Japanese fresh pickles (3) Japanese egg omelette (4) rolling maki rolls resulted in a kind of mushy, sharp-tasting, oversalty mess. The two things I did OK at was controlling the roll’s shape (despite the bad placement of the filling on too-thick a bed of rice) and cutting them cleanly.

I ate them anyway, eventually. I took some notes on what I didn’t like:

p>I’ve decided that I want to make rice dishes more frequently, because I like eating rice. It’s probably better for me in the long run, having a bit of rice and some soup w/ stir-fried vegetables and meat. At least I feel better when I eat this way.

So, I’ve decided to get serious about making sushi rice. There is a rice ball made with sushi rice called onigiri that can be quite simple to make: it’s just sushi rice rolled into a ball with stuff in it, maybe wrapped with a bit of roasted seaweed. I can make that every week easily, until I get the proportions and the timing just right. Then I can build on my mastery of the preparation of tamagoyaki (which I like eating by itself too) and perhaps even dally into fresh pickle making again. It should be possible to create a decent futomaki, if I break the process down into individual steps of mastery. I am not going to go full-on Jiro Dreams of Sushi on this, but I’d like to at least make a futomaki roll that I can be proud of.

And isn’t THIS the way it is with ANYTHING worth doing?

That’s today’s Thing of the Day. 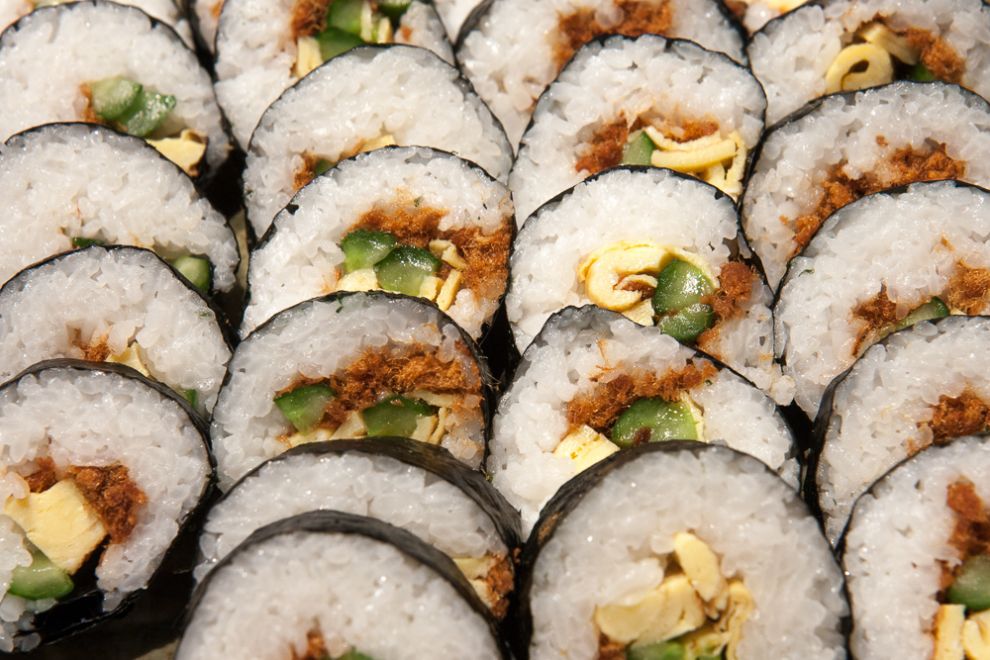