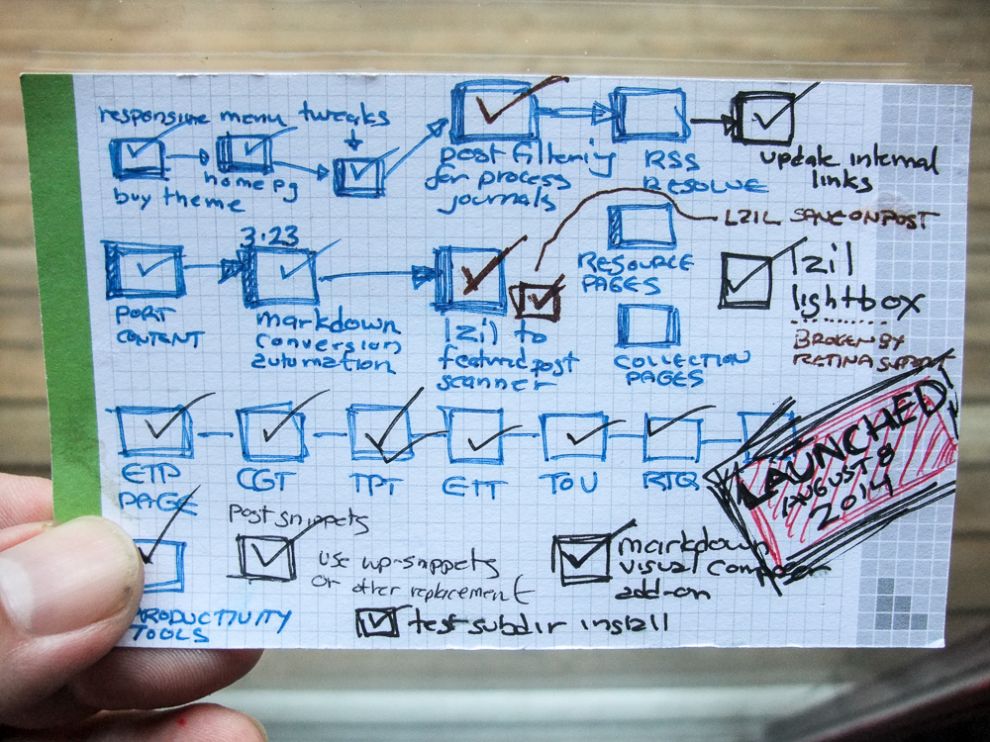 At long last, the new website is finally up!

The new website template, which is based on one I bought off one of those WordPress theme sites, is modern, responsive and has a cool drag-and-drop content interface that actually doesn’t suck, so I’m looking forward to being able to build some more interesting HTML-based resources.

This is the major delivery, too, for both Themed Work Week #4 and Groundhog Day Resolution Review #6.

There’s a whole boatload of post-relaunch things I have to look at, but at least the bulk of the content has been ported and moved to a new WordPress installation. I dropped the “Network WordPress” (aka Multisite) support, because it’s generally been more trouble than it’s worth for what I’m doing. All the process journals have been converted to categories of a single blog. This has killed a number of the links in these sub-blogs, but they were not extensively linked before. There’s little typography problems all over the place, and it looks like the WordPress exporter didn’t play nice with some of the content, but I’ll fix it as I come across it. I’m exhausted.

Hopefully no major disasters will uncover themselves in the next 24 hours. Fingers crossed!