After writing about my missing “creative support” stack earlier, I pondered what to do next. It occurred to me that I wanted both a process and an improved set of tools, but I didn’t know exactly what that meant. I grabbed an index card and forced myself to write something down: 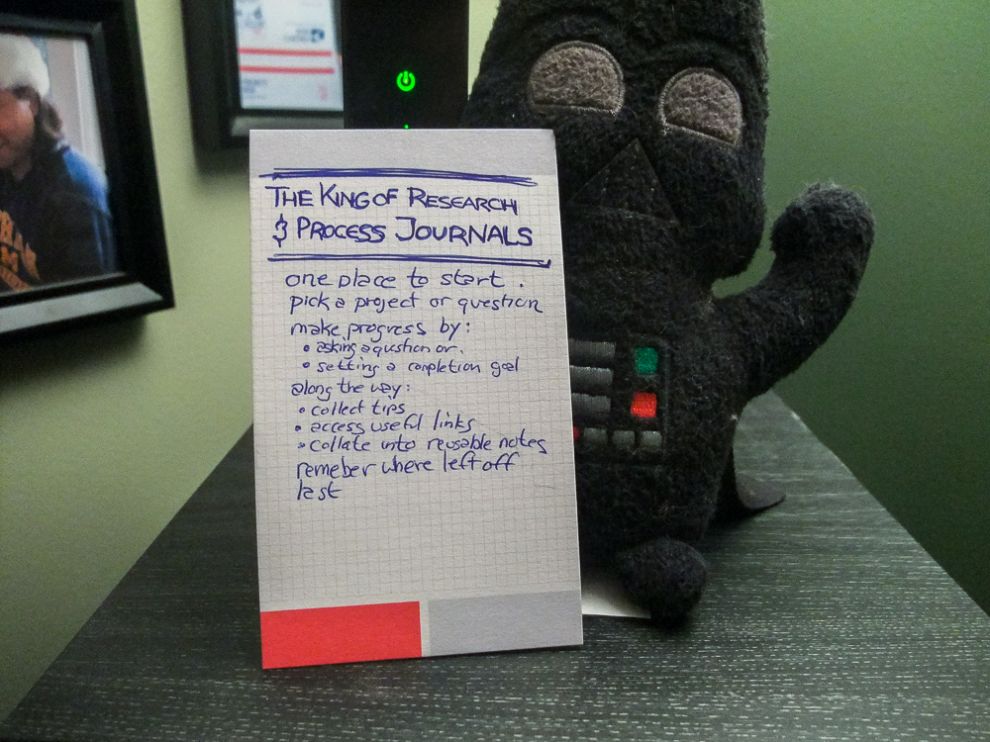 Yes, the king of process journals, or rather the process that would go into one. The first thing I thought of was having a single place where I could go and be immediately immersed in the work. This is a distinctly DIFFERENT ACTIVITY than planning to do the work. What I want is the mental equivalent of a well-stocked laboratory where I can shut out the rest of the world. The contents of the laboratory dictate the problem that will be worked on next.

The moment I am in this mental lab, I should see everything that I need to pick up from where I left off:

Essentially, a bunch of lists and words that can be related to each other and selected. I can sort of imagine what it looks like (similar to Scrivener in some ways, xmonad in others), and I think it might even been something I can prototype using NodeJS and Express, two bits of technology I have been getting familiar with for another project. But in the meantime, I think I can prototype the idea without code by using InDesign and a bunch of text boxes. I want to define the major objects and features in a day of experimentation.