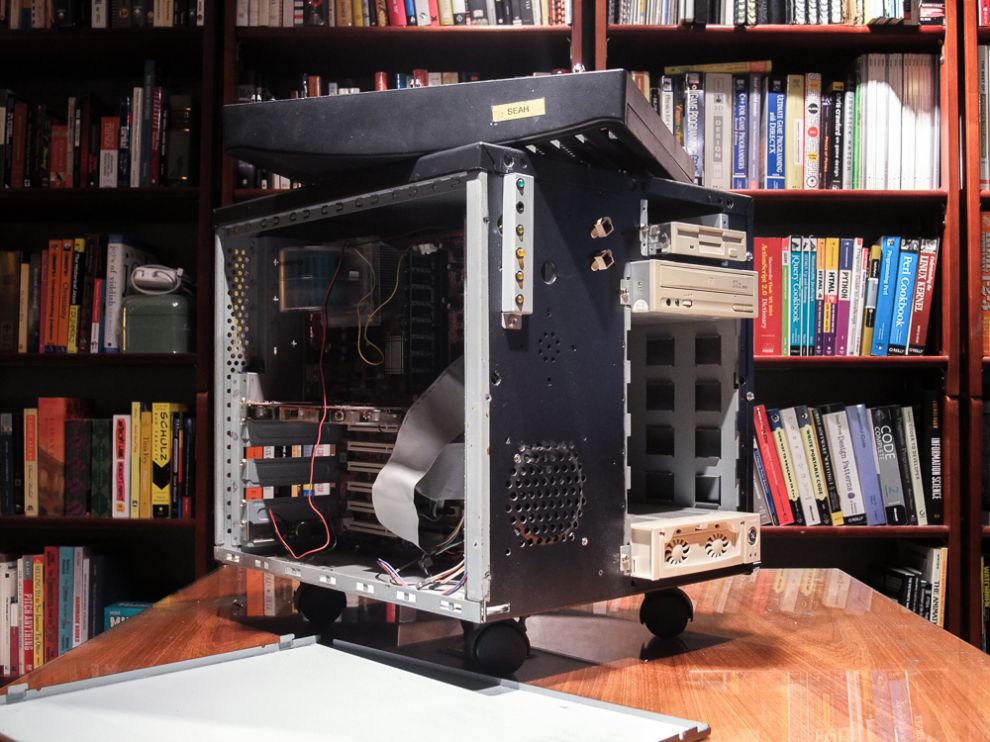 Today I’m throwing out an old computer that has been taking up space in my friend Sid’s photo studio. I’m sure there are at least 18 pieces of stuff in it to meet the requirements of today’s The Minimalist’s Game entry.

It’s hard for me to throw out computers, but I’m at the point where I am able to let stuff like this go. Like all my PC hardware, this is a custom-built rig using a case that I bought out of Computer Shopper around 2000. I liked it for its expansive and easy-to-work-in case, and it’s also a cube which is a bit different. The motherboard is not the original motherboard I had purchased in 2000 for it, but houses an AMD-based 1GHz CPU with 2GB of RAM and an older video card, probably purchased in 2004 or so. It’s woefully slow, and most of the parts in it are using older connectors that are no-longer in use. Back in the day, though, it was a pretty powerful computer. Now, it’s going to the electronics recycling center.