Last weekend I spent time decluttering my livingroom, which doubles as my office, into a more livable space. It had been WAY too cluttered for too long, and I realized that I’d been going to Starbucks primarily because I didn’t find staying at home very pleasant. 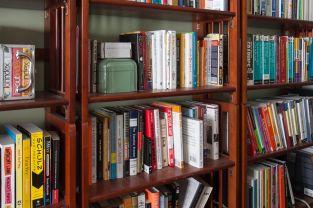 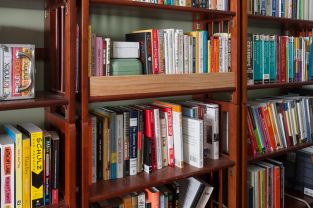 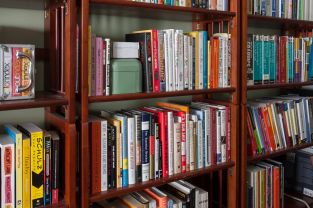 One of the problems I had before was my tendency to put junk on the shelves, which made them look untidy. This was a by-product of not having a home for everything. I also realized that one factor that contributed to the sense of untidiness was the jagged line of book spines, so I lined them up neatly as I’d seen on other people’s shelves. I even cut a piece of pine to server as a “book rack” to help align the spines. As a side benefit, there no longer is space to put large items in front of the books, so that might help me stay tidier. 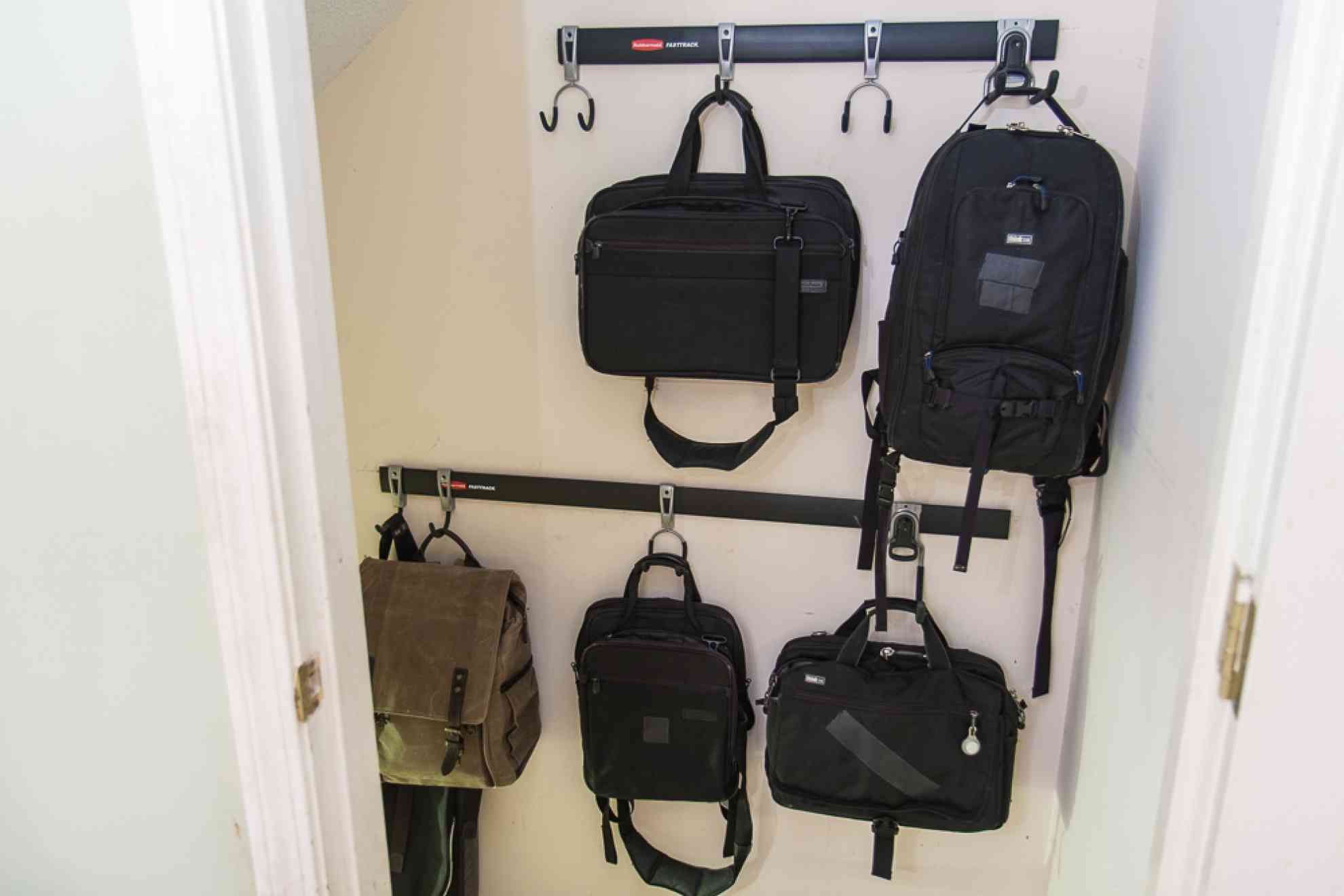 I have several book bags that I tend to cycle through depending on my needs of the day. If I am bringing my laptop with me to work, generally I need some notebooks and some accessories. Sometimes I just bring my iPad and a keyboard. Other days, I am packing a digital SLR with the laptop. Sometimes I am driving, and sometimes I am walking. Sometimes I have to carry a ton of gear. There’s a bag for each of these occasions.

I saw Rubbermaid’s “Fasttrack” garage organization system, which consists of a plastic-covered metal rail that screws into the wall. You can then position various hooks and other accessories on the rail, which allegedly supports 1000 pounds when installed properly. The system itself has a clean utilitarian appearance, so I test-installed a small rail in the stairwell leading to the basement, which is near my office. This worked out, so I installed a second longer rail. So now, my bags are easily accessible AND off of the floor. I am so happy. 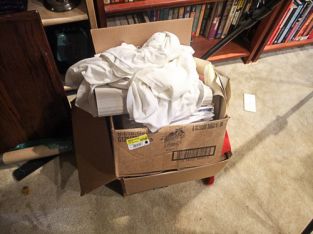 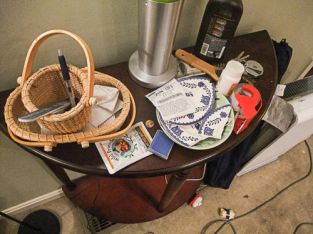 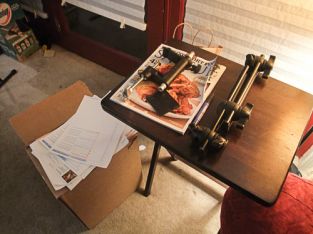 With the books and bags handled, there are still a few remaining piles of junk in the living room area.

p>After I take care of this stuff, then it’s a matter of maintaining the clutter. I haven’t even looked at the kitchen yet, and there’s the matter of my desk, which has a lot of small bits of paper clutter and notes. At least I am making some progress!