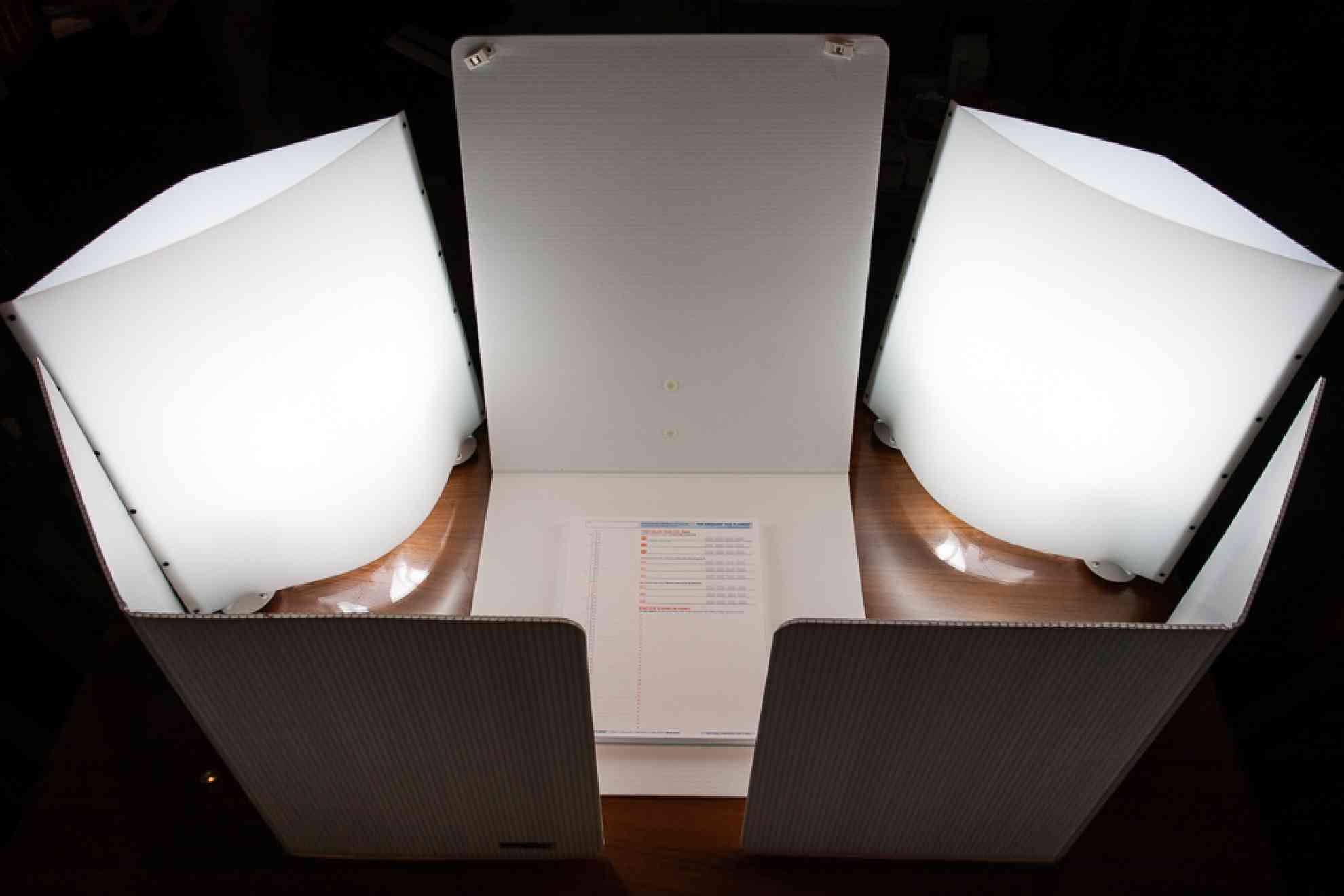 I got these for my sister a few years ago so she could take yummy food pictures.

They are actually quite large, larger than an 8.5×11 pad of paper as you can see here. They’re made of plastic, which includes the bulb holder assembly. Each unit holds two 27-watt daylight-balanced bulbs.

Although the units are lightweight and made of plastic, they actually have a surprisingly-good physical integrity…if you don’t jostle them too much. For table-top use, they sit lightly near your subject. You wouldn’t want to use these outside, though…they would blow right over.

The lamp enclosures are shipped flat, and you have to “puff them out” and fold down two clear plastic tabs inside them to keep them open. These tabs have holes in them to fit over the lamp sockets and two additional positioning pegs with plastic caps that hold the assembly together. These two plastic caps use friction, and hold poorly, so you should make sure you push-down the tabs enough so they don’t provide the spring energy to launch the caps into orbit (as happened to me). At first, I thought the clear plastic tabs would crack, but they actually are pretty bendy. I wouldn’t want to assemble/reassemble these units, though, very often. I am pretty sure the plastic would fatigue over a dozen uses.

That said, once put together they are pretty stable. I’m using them on the tabletop, but the units also have a light stand screw socket in the bottom (I haven’t measured it) so you could technically put ’em on a light stand. Not in the wind, though!

With both units at close ranges, I was able to use these lights with my Canon 40D at ISO100 through ISO250 at f/5.6 at 1/125s hand-held (with 2nd gen IS), so it’s certainly workable for casual table-top shooting. The paper pad I was shooting is probably the largest object that you could shoot with these; I think they’re designed for fairly small objects, where the diffuse lighting can cast sumptuous soft shadows around them. With a larger object, the lighting becomes more directional, so you need to use two units and the reflectors to do some fill-in. At about $110/unit ($250 for a two-light kit that includes a small shooting platform made of corrugated plastic), this is a pretty affordable solution for my needs.