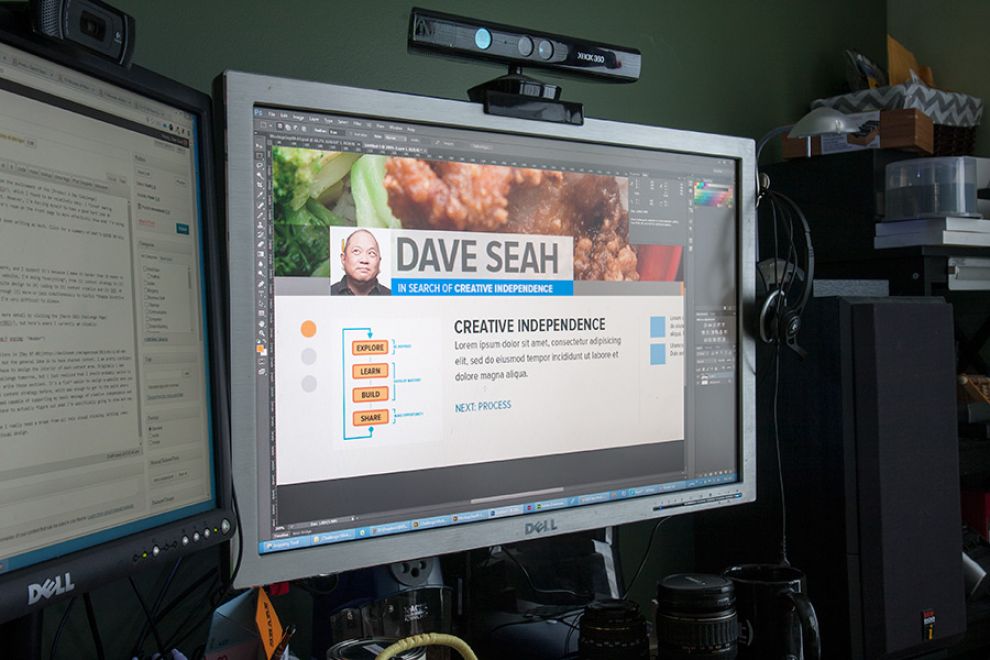 This month has been quite a change from the excitement of the Product A Day Challenge, which I found to be relatively easy. I loved making something new every day, and I miss it. However, I’m forcing myself to take a good hard look at davidseah.com and redesign it so there’s room on the front page to more effectively show what I’m doing.

It’s been all-consuming, so I haven’t been writing as much. Here’s an update on what I’ve been working on recently.

The Ides of Marketing March

Designing a website takes a lot of work, and I suspect it’s because I make it harder than it needs to be. In the case of designing my own website, I’m doing everything, from (1) content strategy to (2) information architecture to (3) website design to (4) coding to (5) content creation and (6) SEO. At this moment, I’m doing steps (1) through (3) more-or-less simultaneously to fulfill Shadow Directive 7: I have to like it too. And I’m very difficult to please.

You can read about the progress in more detail by visiting the March 2013 Challenge Page, but here’s where I currently am visually:

I talk about the layout considerations in Day 07-09, but the general idea is to have stacked content. I am pretty confident that it can work; now I actually have to design the interior of each content area. Originally I was going to dive into that layout challenge tomorrow, but I just realized that I should probably switch to (5) Content Creation and actually write those sections. It’s a lot easier to design a website when you have the content ready. I had the content strategy before, which was enough to get to the point where the information architecture seemed capable of supporting my basic message of creative independence and other fun stuff. However, now I have to actually figure out what I’m specifically going to show and say.

This is kind of a relief, because I really need a break from all this visual thinking. Writing comes much more naturally to me than visual design.

You may have noticed that there’s a new “single image post” format on the home page. I’ve wanted to have this for a long time to break up the monotony of long text blocks. This took a bit of special coding to get them the way I wanted, but I’m pretty pleased with how they work.

I’ve been experimenting with the crock pot as a way to cook yummy foods at home without having to do too much fussy preparation. My friend Sabina had tried making a Chinese-style red-cooked pork shank in a crock pot over the Chinese New Year holiday back in February. I bought a small boneless shank and winged-it in the crock pot; it came out pretty good: 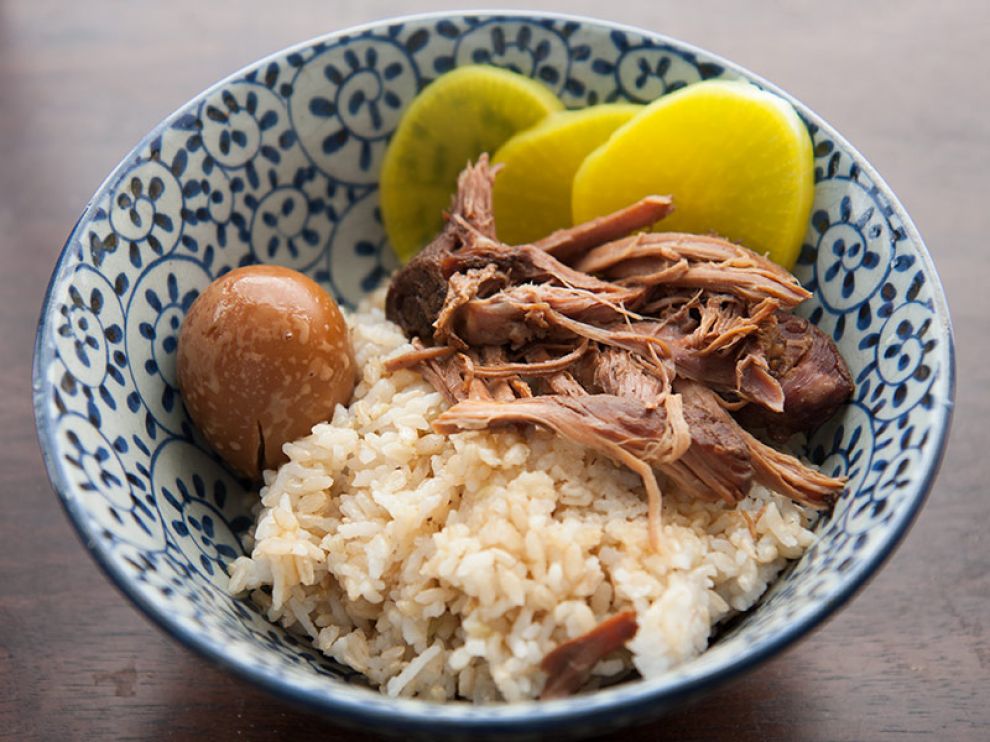 I’ve also discovered that I like chili; this is a dish that my Mom never really made (not that I can remember, anyway) so it never was part of my cooking repertoire. I’m trying a batch of slow-cooker chili today with a ton of beans, some ground beef, spices galore, and a little bit of coffee to see what happens.

One of my uncles recently said to me that he hoped that my cousins and I were communicating regularly and staying close. It so happens that I was talking to one of them, and we decided we should try the Free-to-Play version of Star Wars: The Old Republic, a massive multiplayer online role playing game (MMORPG) for Windows PCs. Both his brothers also expressed interest, so now we’re ALL starting to play. I rolled up three variations of the same character: 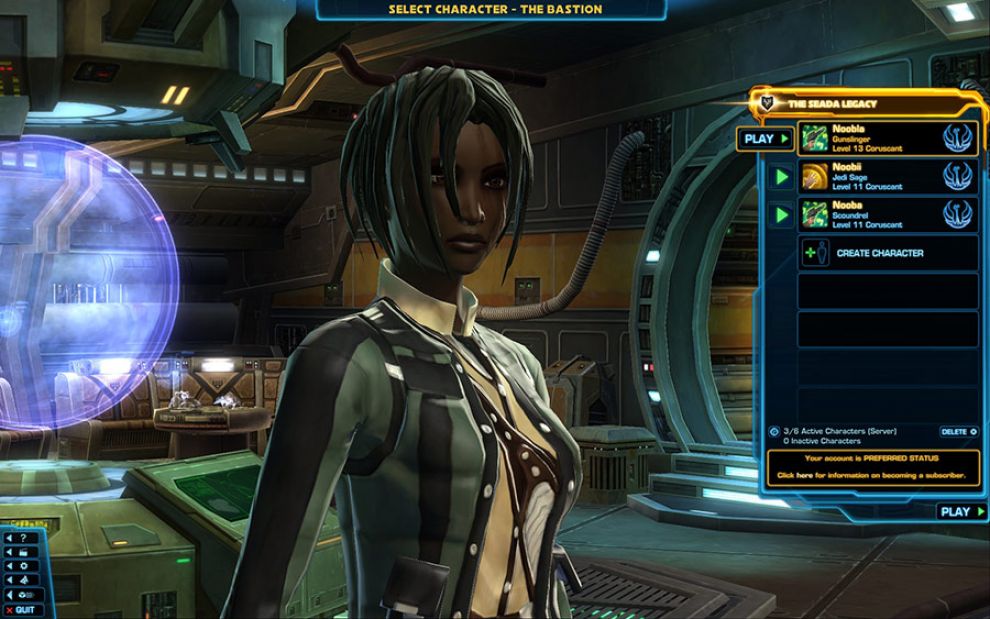 We’re on The Bastion, a Player-versus-Player (PVP) server on the west coast. This being the first time I’ve ever played on a PVP server where you can get killed at any time, I believe), I named my characters with a variation on “Noob” (as in newbie) so they all have similar names.

Why three characters? All three of my cousins can play on the weekends, so there is a character for them (the Smuggler-Scoundrel, which fits well with my cousins’ characters). One of them can play for a little bit during the week, so I’ll be playing a different character (the healer Jedi Consular Sage, the foil to Jason’s tanky Consular Shadow). And since I’m on the east coast, sometimes I might want to play a bit by myself before anyone else is around, so that’s the Smuggler-Gunslinger for me (a class I haven’t played before, specializing in damage). That’s the plan, anyway. I chose similar names so it’s possible to substitute one char for another should we need another damage-dealing player (DPS) or another healer if one cousin can’t make it on the weekend.

I don’t think that playing an online computer game is exactly what my uncle had in mind, but it’s been cool using Google Hangout to coordinate our questing. It’s been great catching up with them.