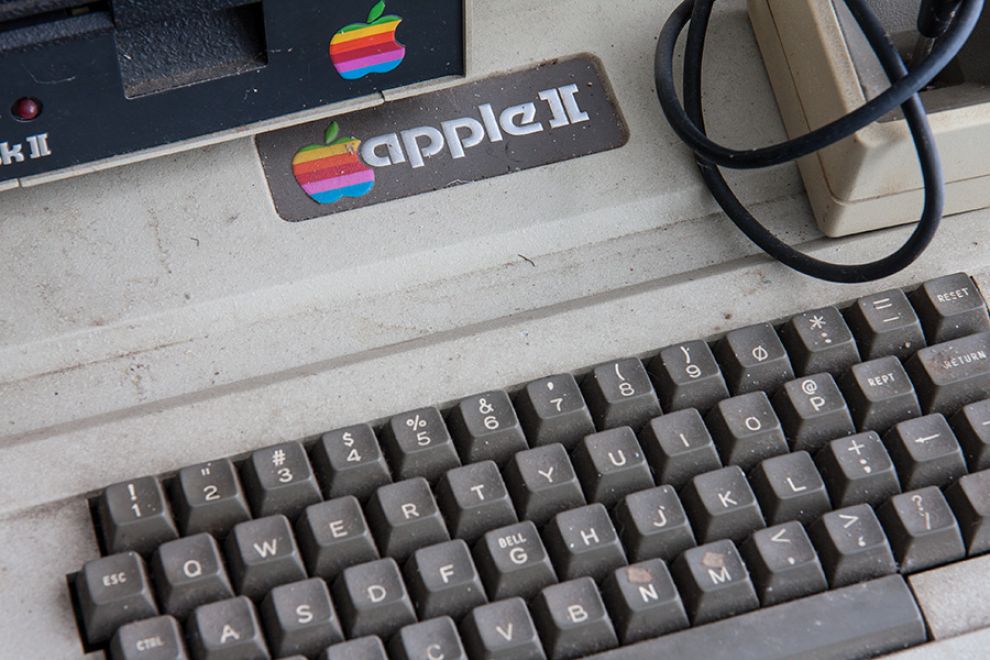 This is not my childhood Apple ][, but it’s got a good lineage: this one is owned by my hacker friend Jonathan, who bought it back in 1978. It’s been in his basement for quite some time; I’d said something on Facebook that reminded him of it, and he offered to loan it to me to have a look at it. SCORE! 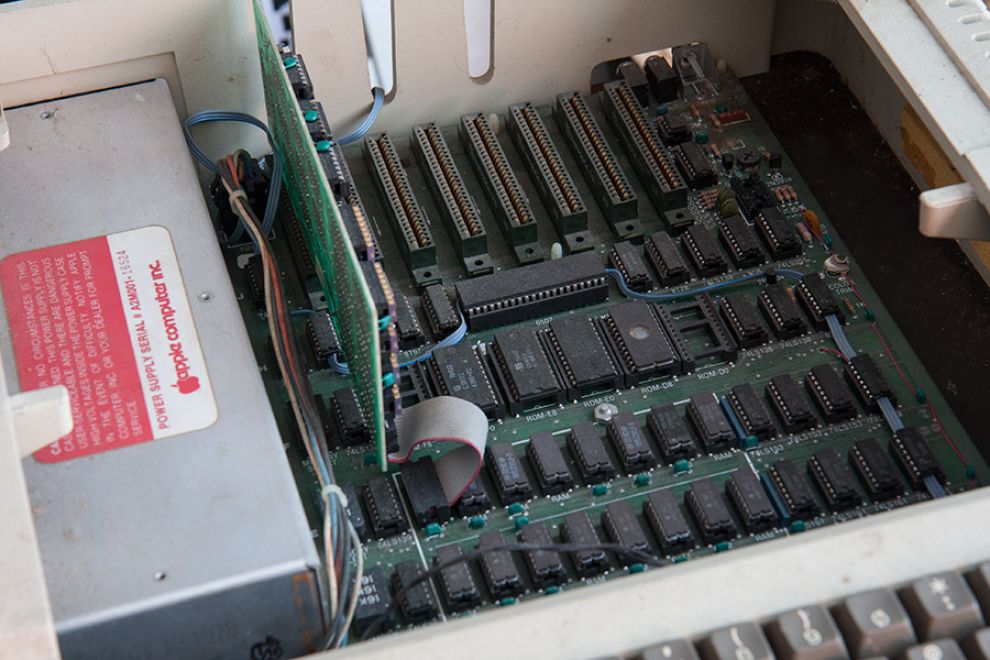 This is an Apple ][, the first production Apple machine with a molded plastic case that I still love today. The original Apple ][ was later supplanted by the Apple ][ Plus, which came with more memory and added two colors to the graphic display for a total of 6 distinct hues: black, white, orange, blue, purple, and green. This particular ][, I’m told, is also upgraded with a lower-case character ROM (a popular hack at the time) and a breakpoint ROM for debugging machine language code. 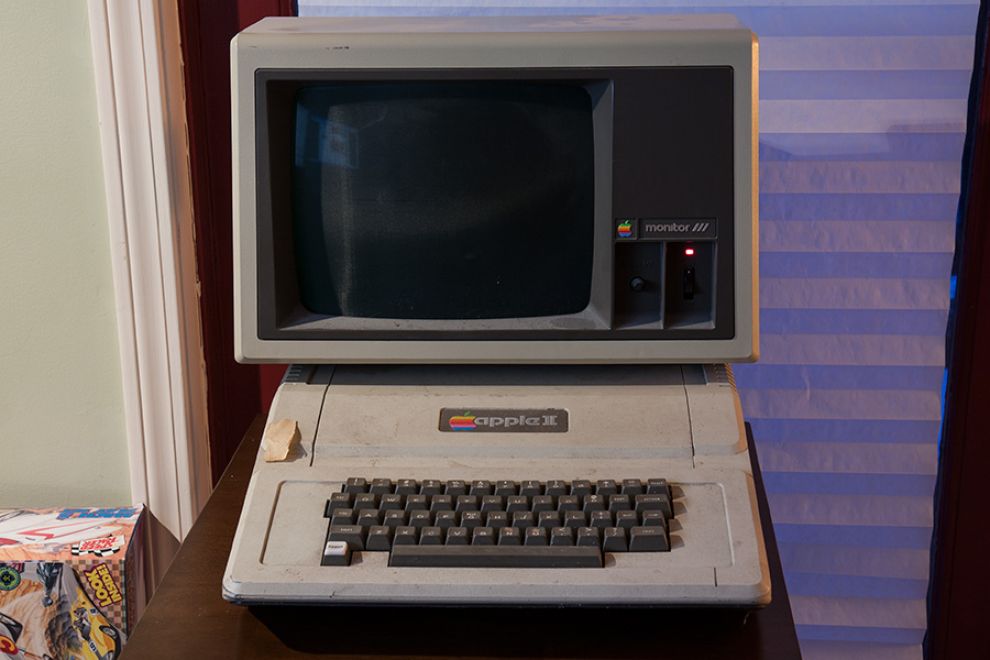 After removing a dead spider from the interior, I connected a green-screen Monitor /// that I keep around for just such uses, and with breath held toggled the power switch. ZILCH. There is supposed to be a BEEP followed by the display “Apple ][” at the top of the screen, but there was no beep. After reseating the RAM, checking card connections, and a few toggle-wait-toggle again, I did eventually see this: 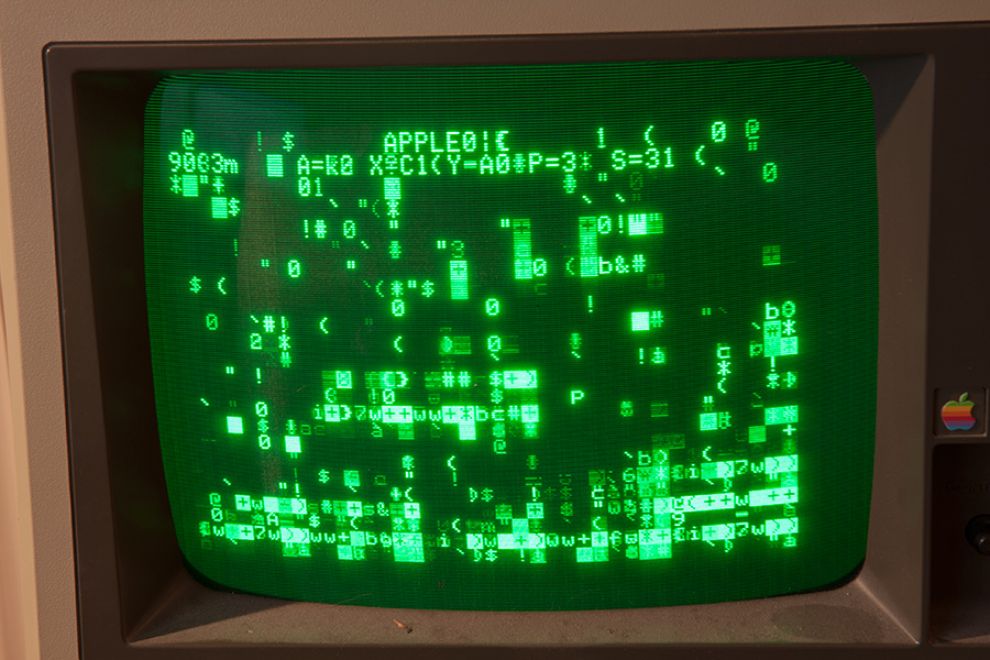 That’s not a good sign.The Apple ][ text DID appear at the top of the screen and immediately crashed into the machine language monitor. The screen then slowly degraded and filled with garbage characters. From what I remember of the Apple ][ boot sequence, this type of error is indicative of a hardware problem where the memory system is unstable; the beep code never even gets to the point where it runs. When I was a kid, I had no idea how to fix this kind of problem, and as an adult I still don’t. However, the difference is that today I can probably understand what those manuals are talking about.

While this is a bit of a setback, I’m nevertheless pretty excited to have this 30+ year piece of computer history in the house. I am starting to reconnect with a lost part of my childhood self, and that seems like a good thing to me.