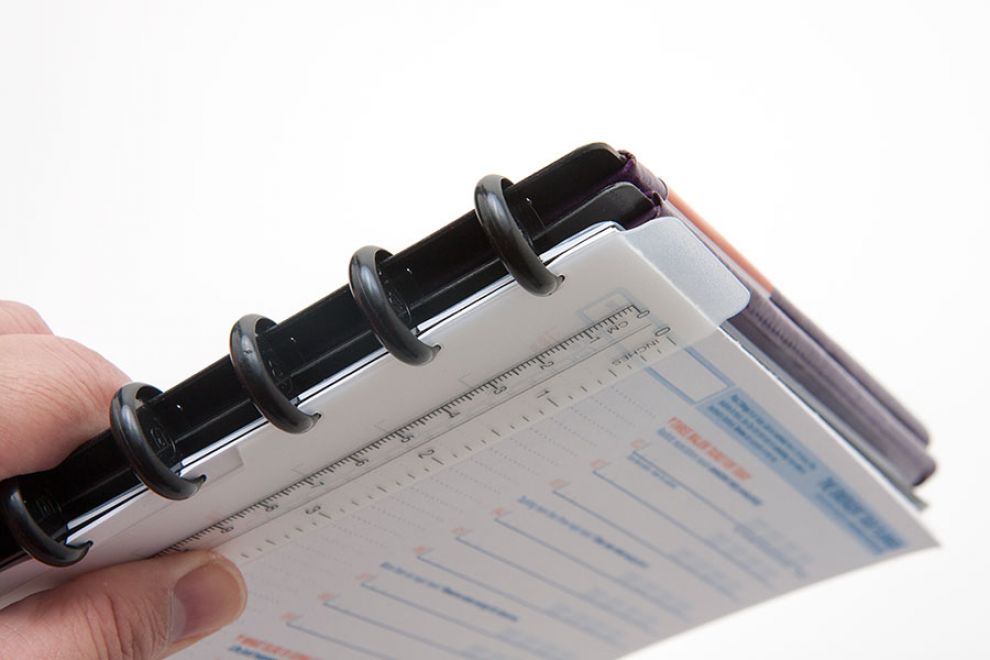 I recently received some Emergent Task Planner Pad returns from Amazon; whoever returned them just didn’t like them after opening the package, and they were still good. I’d forgotten how luxuriously thick the paper is, almost decadently so, and I’ve been using them instead of hand-drawing them every morning. I have been thinking it’s a darn shame I don’t have a suitable binder to archive my used sheets. So I went to Staples, our local office supply megastore, to see what they had in stock. 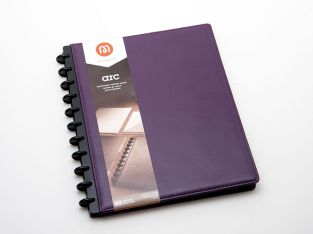 I eventually stumbled upon their Arc Notebook System, which is very similar to Levenger’s Circa Notebook System. In fact, the two systems are compatible with each other according to this thread on Fountain Pen Network. The Levenger version, which precedes the Arc by many years, is quite expensive at $40 for the full-sized notebook. Staple’s Arc version was 40% off today, which dropped the price to $12.00. That was more like it. 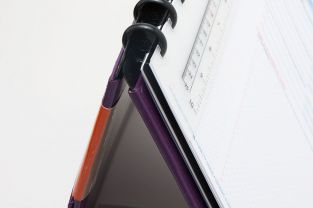 One thing I liked immediately about the Arc was the rigidity of the leather-bound front and back covers. I like stiffer notebook covers, because they are firmer backings for writing. I don’t want my notebook moving around on me when I’m writing. Most pad binders I saw today were plush but wimpy. Another advantage is that you can completely fold the cover back, like with a good double-wire binding, which takes up less space when you are at a crowded coffee shop. 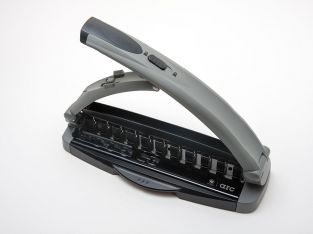 After getting the notebook home, I had to figure out how much paper I could fit comfortably in it. The Arc comes with 60 pages of thin paper in it. I found it nasty, and removed all but 10 sheets of it. I had purchased some dividers, so I put one divider between that and one week’s worth of blank ETP paper (punched with the Arc Punch I also purchased for $39). I also added a 12″ ruler to the front to act as a dual-use strain relief, and a business card holder in the back. And that was all that would fit before the binder started to feel sloppy; following are the slop tests I used:

With just 7 pieces of ETP available, this means I have to transfer each sheet to another binder after a week, which is not a bad thing. It forces review of the week, after all. I probably need to buy another Arc notebook (40% off, after all) and a bunch of rings. It’s conceivable that I could also make my OWN out of regular cover stock, the punch, and a set of larger rings. Perhaps I will look into that option instead. Though still…40% off!!! 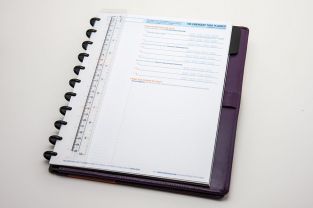 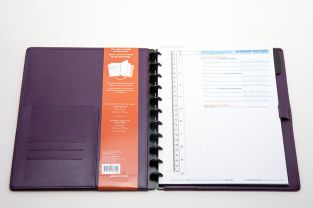 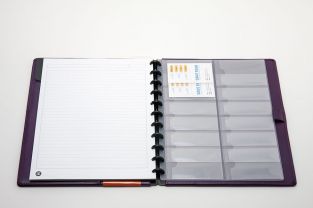 I’m going to be giving this setup a try this week as my official planning notebook. My other notebook (the Cachet Classic Graph) will become my new modern spellbook for 2013, where I will write down thoughts related learning new subjects as I work. The inspiration for this is Jordan Mechner’s Prince of Persia journal, which took me back to the days when I used to actually write stuff down as a way of remembering it. By the end of my senior year, it had accrued some reputation on its own. There’s a few things I’d like to try with mixed media too (printouts, sketches) after seeing my friend K’s beautiful art journals. 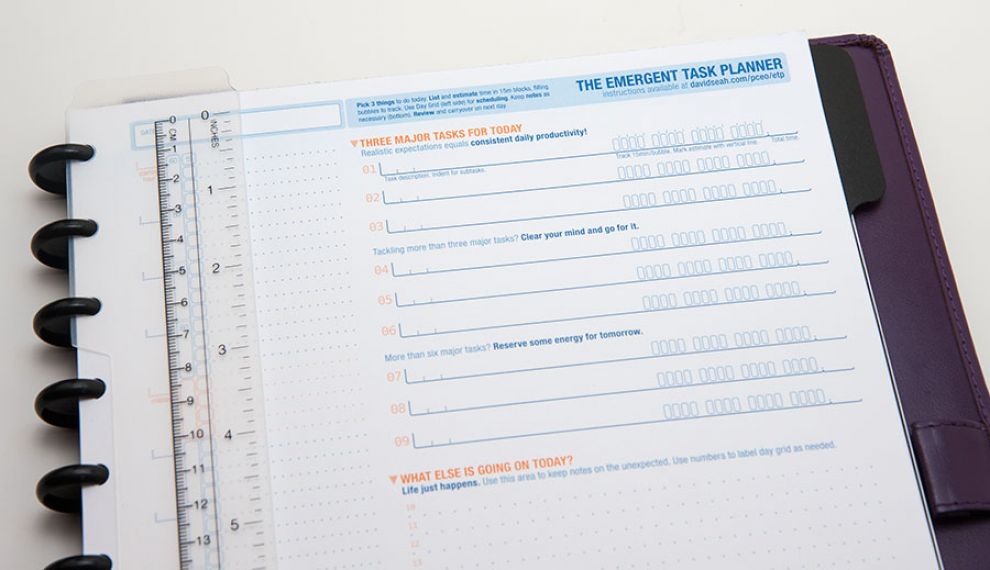