While working on the museum exhibit refresh a few weeks ago, my cousin introduced me to Trello. I’d been pointed to it by a number of people before (thanks, twitter peeps!), but this was the first time I’d used it in a production setting. I liked it a lot. Kept us focused, without being a pain in the butt to maintain. Trello implements a kanban board on a webpage, which is a way of visually representing objects moving through a process. I’m not personally experienced with kanban system—according to Wikipedia it’s used in “just-in-time” manufacturing and Agile software development—but I was immediately attracted to the use of physical cards as markers, representing tangible goods moving through a system. I didn’t realize how useful that would be for my own task management until today.

I’d been using Trello as a kind of simulator for the task juggler cards I’ve been working on. That’s when I discovered the checklist feature in Trello, which instantly transformed Trello from reflection space to must-use tool. With checklists, I now can manage three dimensions of each project on one screen with very minimal context switching.

Let’s compare how I was using it before with how I’m using it now. Here’s what I had before: 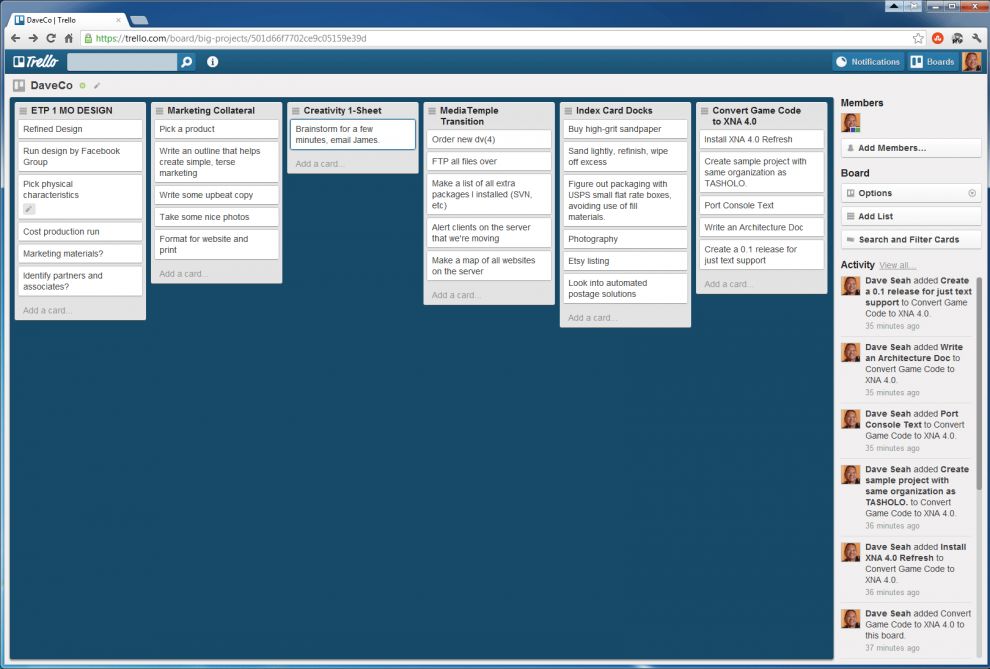 This is laid out as multiple lists as projects, each with a number of cards that represent the steps of what I have to do. It’s kind of neat, and I was pretty pleased with it at first. Then I discovered the checklists and realized I was not using the tool to its full potential. Here’s the reorganized board: 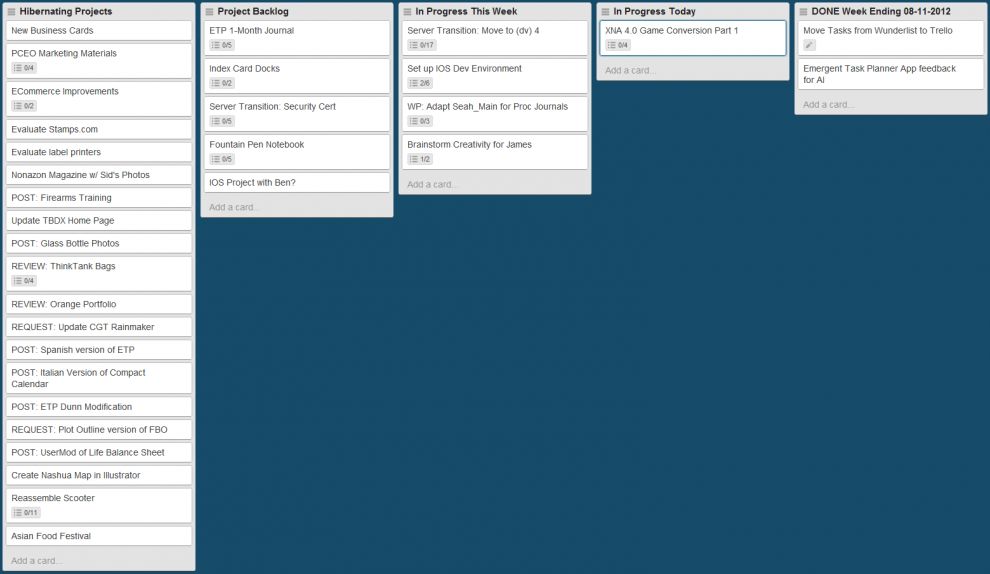 In this view, the columns now reflect stage of activity (this was how we used it on the museum project, actually). The cards, which are stacked vertically in each column, can be dragged between lists to update its status. The lists on the left are the most dormant, and the lists on the right are closer to completion. Also, the order of the cards from top to bottom represent priority; they are easily reordered with drag-and-drop as well.

Looking at this screen allows me to see at-a-glance what the big picture is as far as what’s on my mind and what needs to get done. I can move the cards themselves up-and-down and also left-and-right without losing any of the critical project context. I am also assured that everything that is on my mind (at least as far as my personal projects are going) is captured in one place.

When I’m ready to work on a task, I can drill-down into the details and see what I wrote. Here’s where the checklist feature comes in handy: 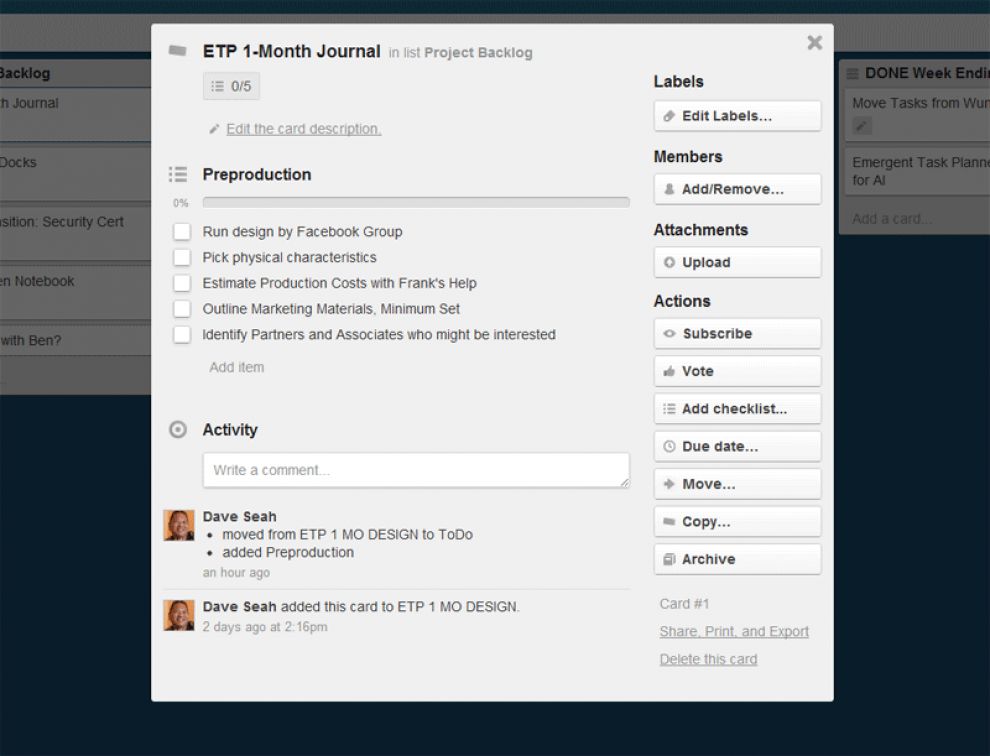 I haven’t even looked into the team features yet, but I see how this could work really well. I like the concept a lot. I’m a little less keen on using the Task Juggler cards as I intended…this is so much better. I think they still may be useful as reminder cards, or for a portable Kanban-style system. I’ll keep thinking about it.

To now, I’d been using Wunderlist as a place to keep my project list, with associated to-dos, in one central place. I wasn’t really using it in day-to-day operations, though, because I didn’t find the list management too compelling. I gave its big brother Wunderkit a try, but I found it too compartmentalized in its UI design for my tastes. It’s too bad that there isn’t an iPad app available for Trello as there is for Wunderlist and Wunderkit. Trello just doesn’t work on the iPad very well even in a browser. There is an iPhone App, but it looks silly on the iPad.