I first wrote about the deck tomatoes in mid-June. It’s been 2.5 months since then, so here’s an update. 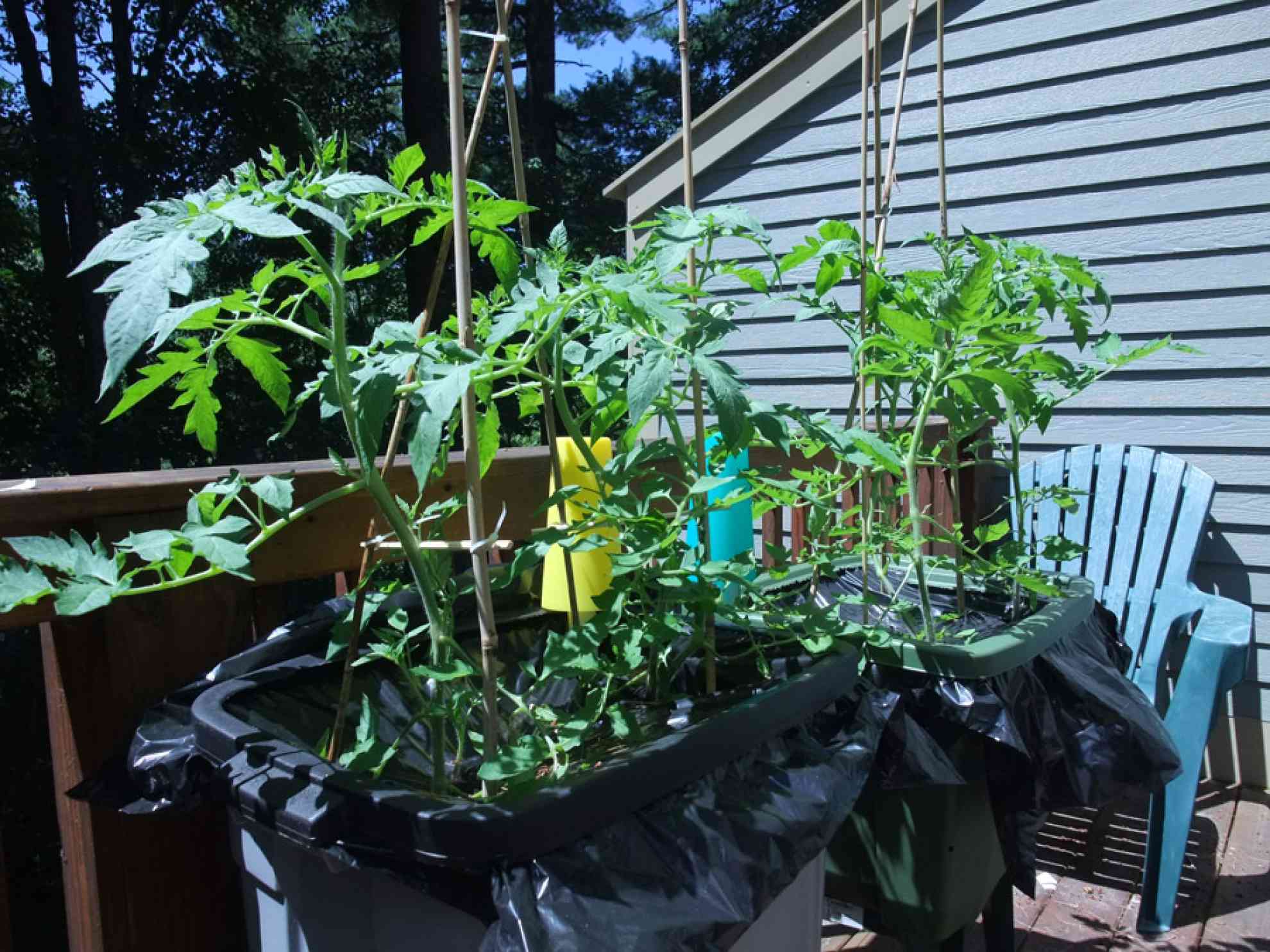 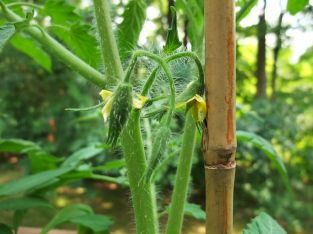 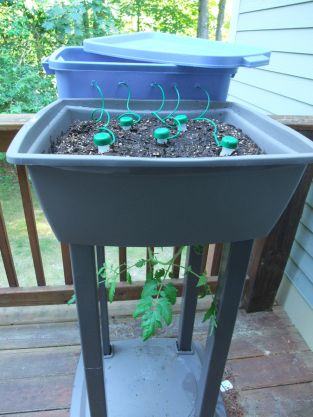 July 9th – About to head to California for a week of work, deployed these capillary house plant feeders to keep the upside-down tomatoes watered. 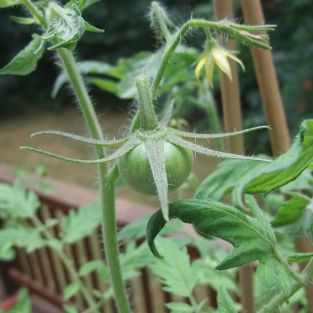 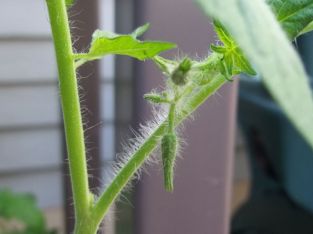 August 8th – The upside-down tomatoes finally show flower buds, a whole month later. This is due to the reduction of sun and lack of consistent watering with the upside-down planter design. 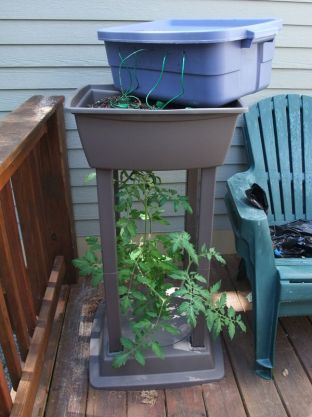 August 8th – Here’s the state of the upside-down tomato plant. You can see how the design of the planter actually shades the plant too much until it gets to a certain size. 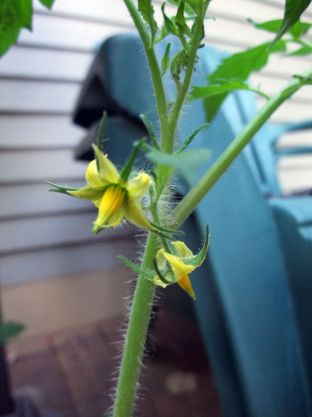 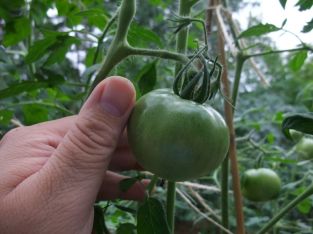 August 16th – In the meantime, the sub-irrigated planters are doing pretty well. That first tomato from July 29th is now the size of my thumb. 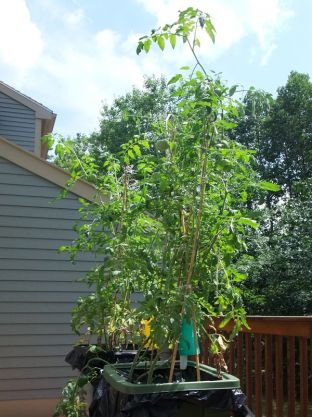 You can see how much taller the plants are compared to 6 weeks ago. I had to start tying the plants to the supports, and then run stay lines like the rigging of masts on a sailing ship to keep everything from falling over. 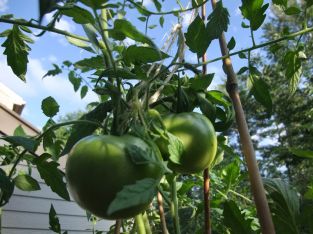 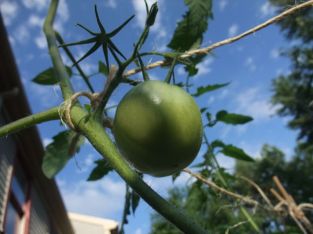 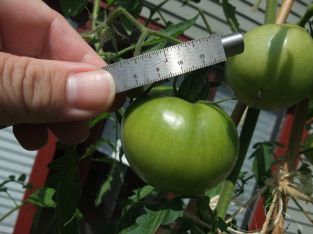 August 20 to 23 – More and more tomatoes appear on the sub-irrigated tomatoes. There are at least 15 or 16 of them, all growing. I now need to water the tomatoes every day…they are very thirsty. 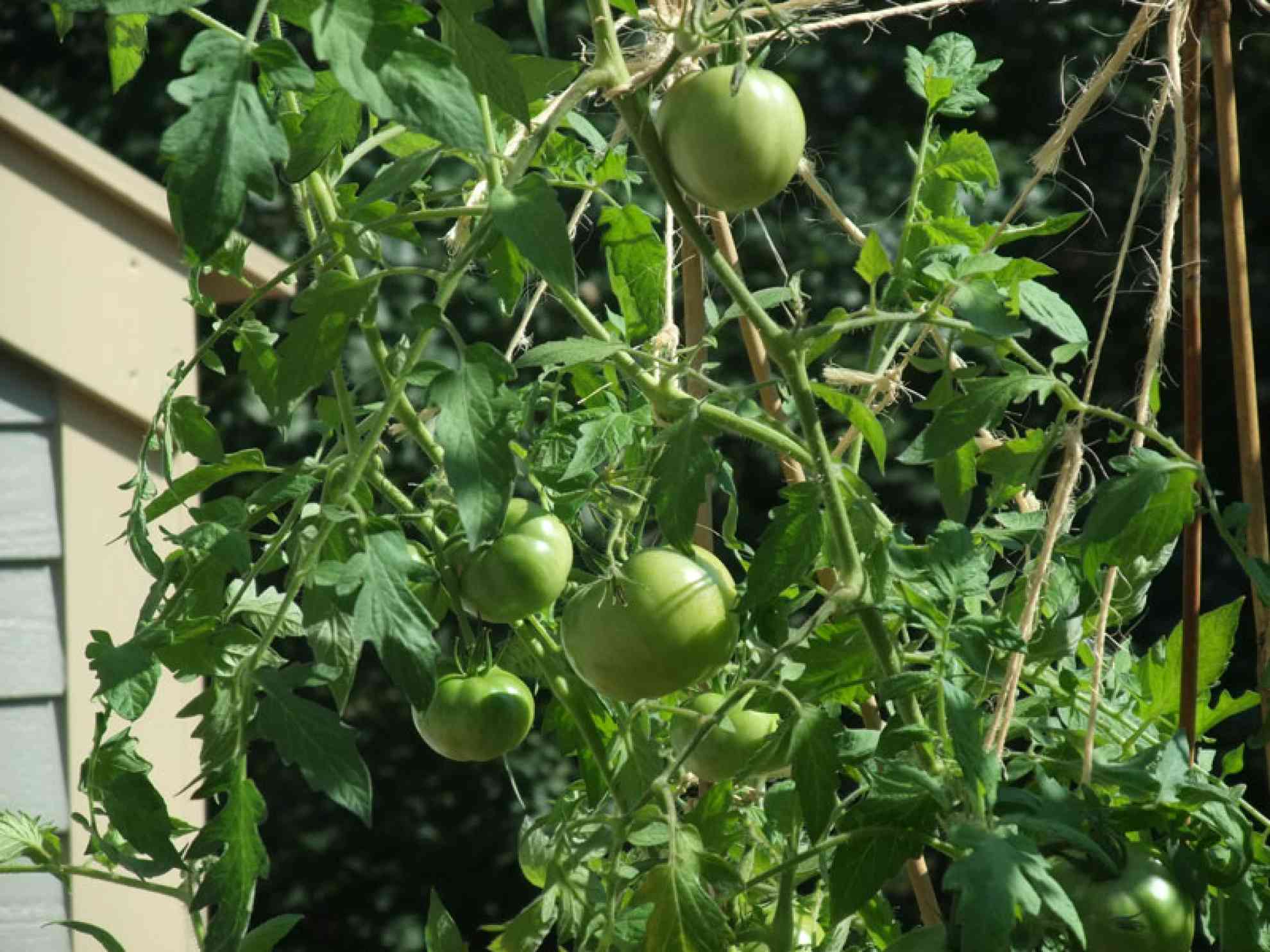 The current size of the tomatoes. I wonder when they’ll start changing color?