This weekend, the sixth local “technology unconference”, Barcamp Manchester will be happening yet again. I volunteered to make some badge designs and signs for the parking lot, and as I got drawn into the activity I started to experience the joy of serendipity in design. Here’s how it went down.

As I didn’t have immediately access to the website’s graphic source code, I just decided to redraw it instead of bothering Kelley, one of the main organizers of the event: 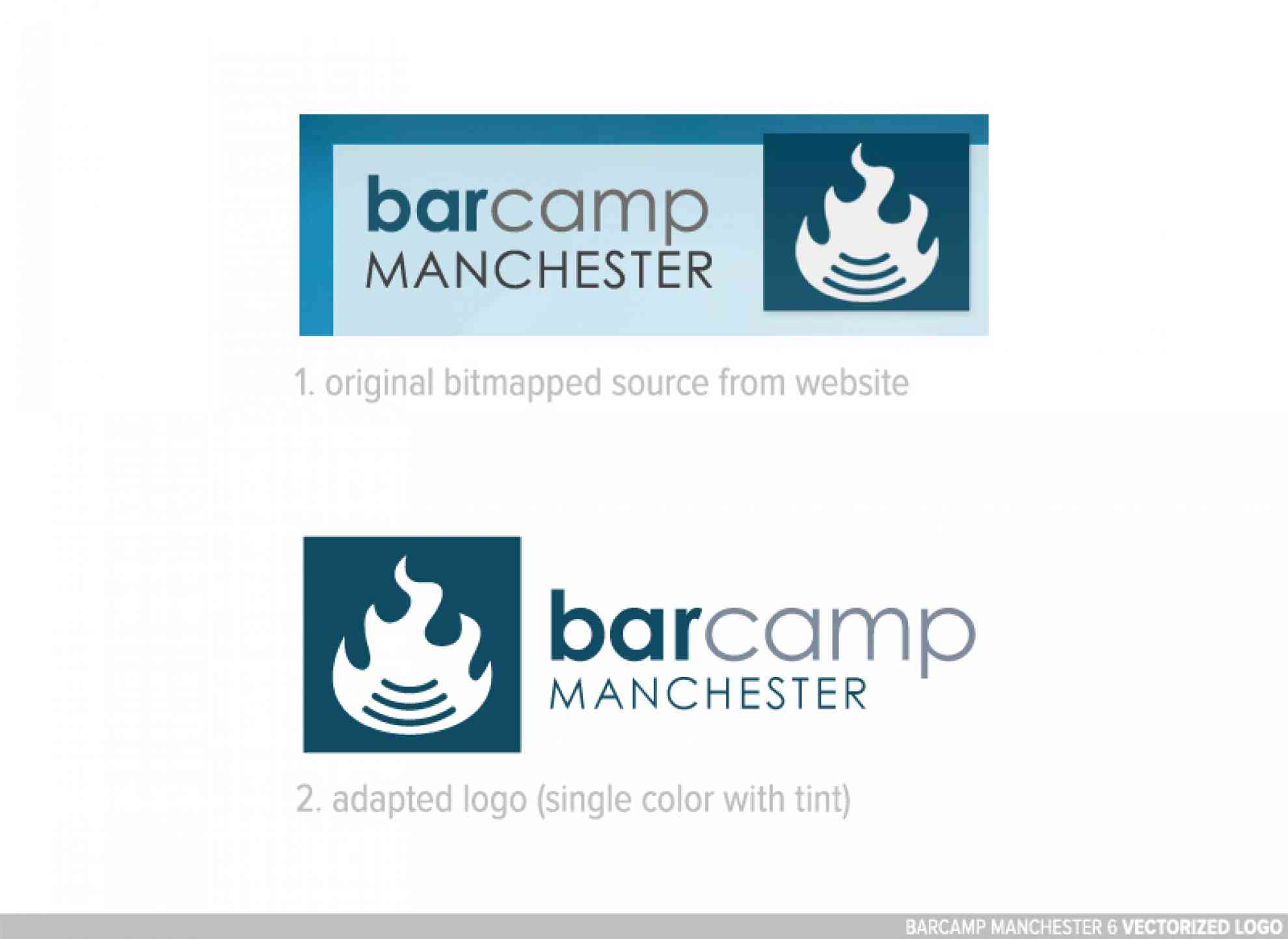 Sure, I could have asked for the original vector or photoshop files, but the typography for the overall Barcamp organization is well-known: the font is Century Gothic, and the vector artwork itself can be downloaded with a little Googling.

The Barcamp Manchester logo is a little bit different from the “official” template, as it’s something of a tradition for local organizers to put their own twist on it. One year, organizer Ian Muir decided to turn it 90 degrees; it’s so that has been a consistent thematic element.

One element that was new this year was the placing of the BarCamp symbol (still rotated to resemble a campfire of sorts) inside a box. You can see this on the main barcampmanchester.org site.

When remaking the logo, I took a few liberties with it—heck, it’s Barcamp, right?—and made the following adjustments:

The result is a little boring, but it’s clean and will print well. The signs I made will also benefit from the clear shape, I think, when someone is trying to see it from across a parking lot or down a hallway.

Since it’s our sixth year, I tried to wedge a “6” or “six” somewhere into the logo where it would look OK. Nothing really worked. I even tried to construct a 3D block with the BarCamp symbol on one face and a big 6 on the other, like a wooden block. It looked awfully trite, so I gave up on it.

As I was looking at the boxed symbol and the boxed 6, I naturally imagined a third thing. Manchester is nicknamed The Queen City, and I thought I’d see what a line of three blocks would look like. I downloaded a suitably ornate Chess font and extract the Queen symbol. The result looks like a nice coded block of symbols, and I used the original BarCamp typography below it. 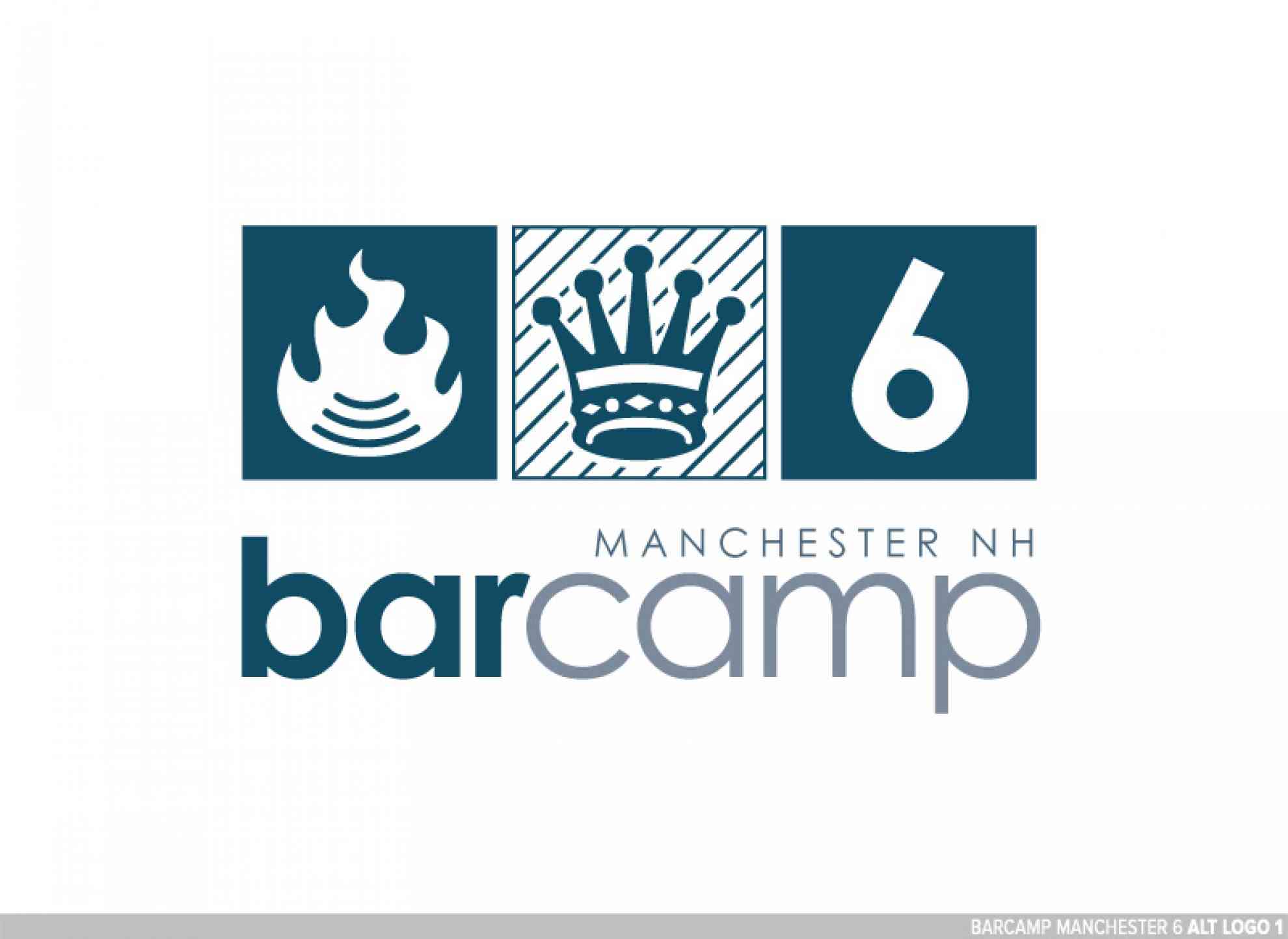 I added the “NH” to the end of the city, because people sometimes confuse us with Manchester, England.

As I reviewed the logo, the other Manchester nickname came to mind: Manch Vegas. I’m not sure where this nickname comes from; apparently it’s a more recent nickname than “The Queen City”. In this case, though, the 3 symbols had a resemblance to slot machines, so I figured it wouldn’t hurt to try to sell the Manch Vegas line at the same time: 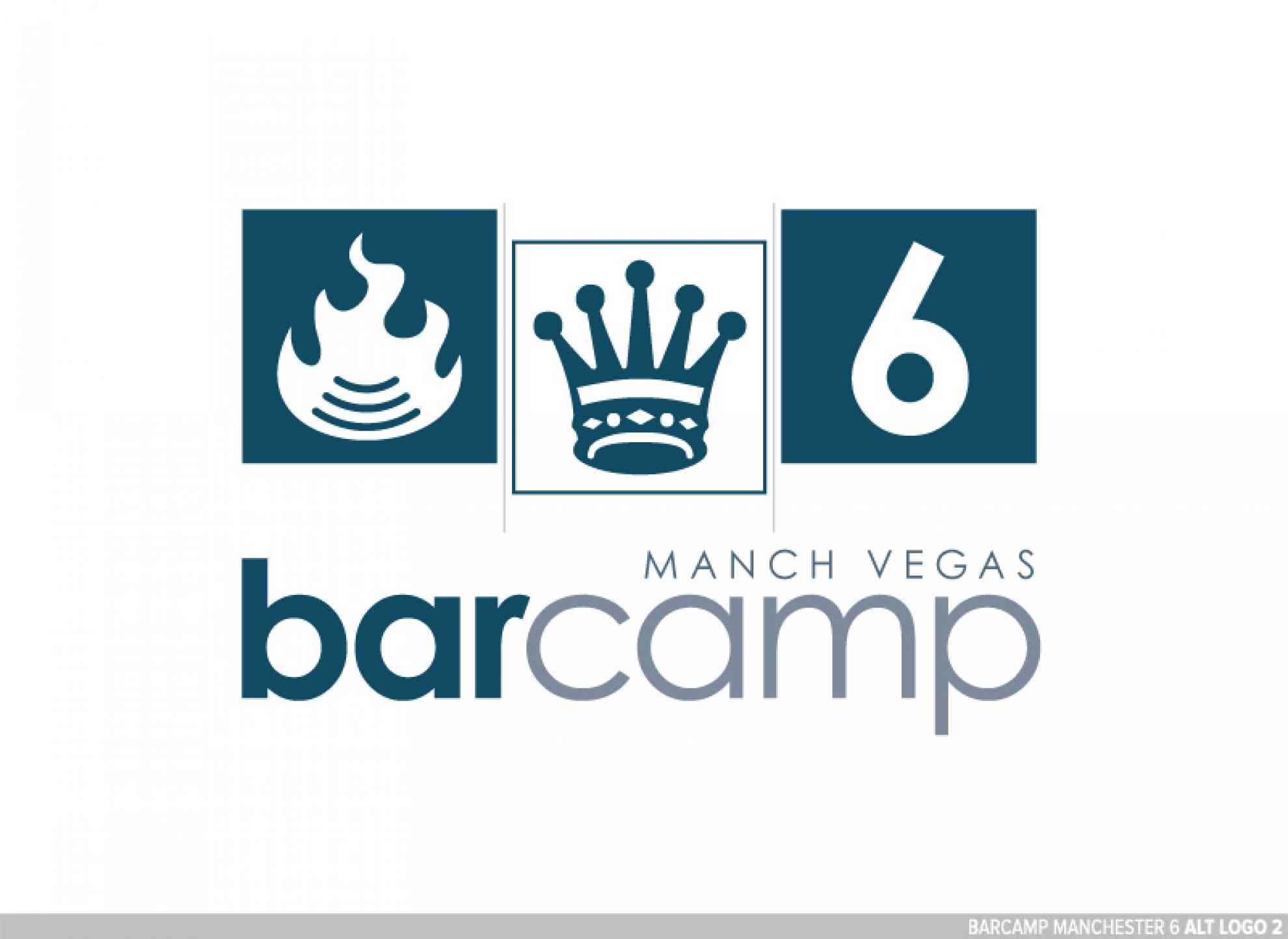 I tried a number of different ways to imply that the three symbols were spinners, using some cross-hatching and extra boxes. It ended up being too busy, so I just added two tall light lines between each symbol. Since they’re taller than the boxes, this creates the impression of a track; the horizontal motion is redirected by these two lines, which helps them read as slot spinners. The staggered heights of the symbols reinforces that a bit as well.

The arrangement I chose of two symbols higher and one symbol lower is to make some symmetry that I thought would be pleasing. And it IS pleasing. However, there’s a problem: the pattern is so symmetrical that the three symbols now read as a single group of playfulness. In fact, they look like three banners or three flags. So I tried this: 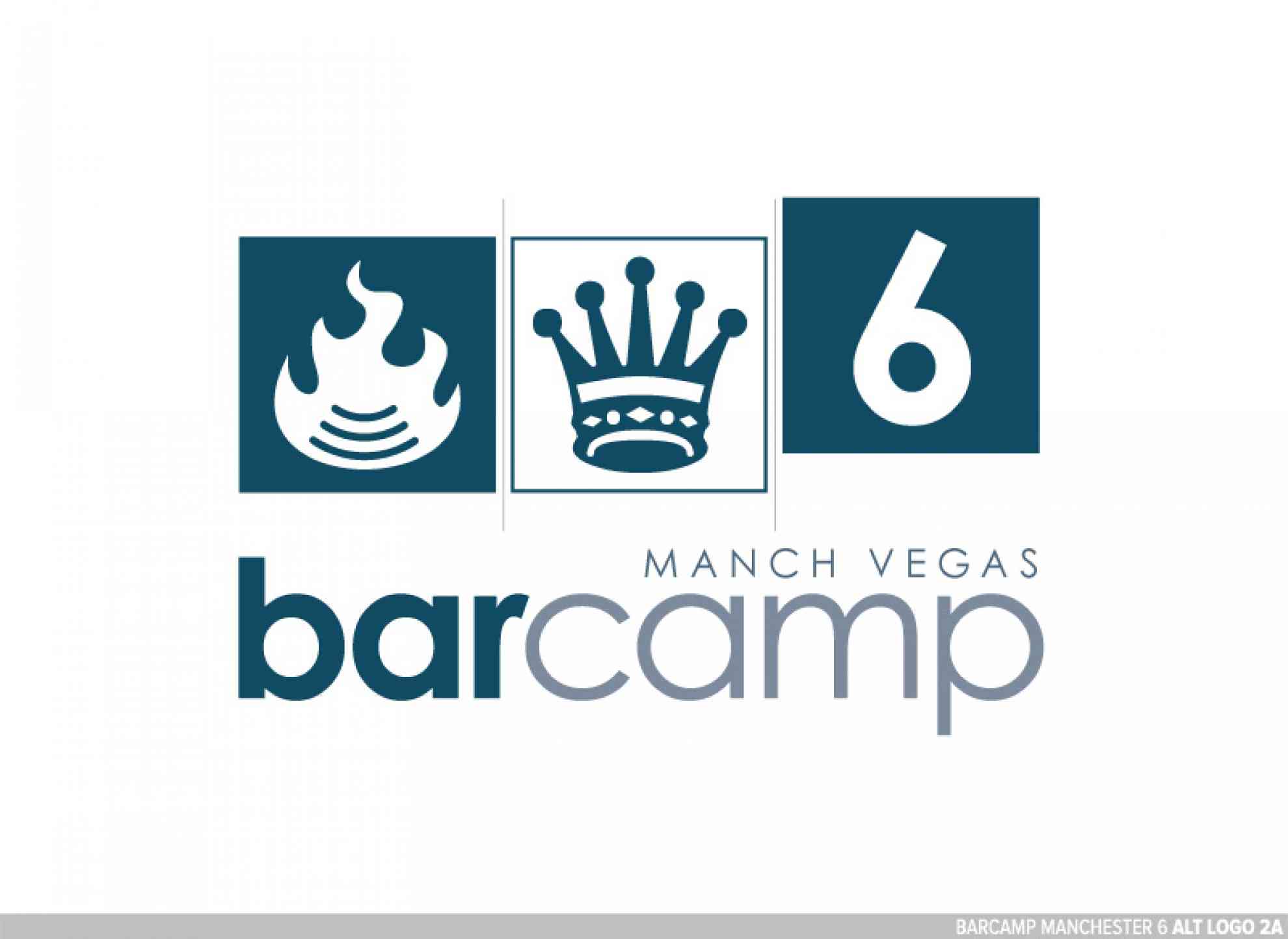 Two of the symbols are “locked in”, and that helps the divider lines read more clearly. The last spinner, however, is still in play, just about to drop that 6. The asymmetrical layout creates more of a desire for completion of action, which is more like gambling in spirit. I played with several heights; I found that aligning the top of the 6 block with the top of the line creates maximum motion in the available space. I thought that having a little extra line above it just seems sloppy, which weakens the tension between top and bottom. Or so I imagined as I looked at it.

One last thing I tried (not shown) was staggering all three symbols to create a kind of time-lapse effect. This looked interesting, but drew too much attention to a WAVE SHAPE I thought. What I have here seems to be a good compromise, but it’s too early to be sure. I have to sleep on it and look at this again in the morning.

But is it Good?

I don’t know. It feels like it’s an 80%-complete design to me; there is some missing flourish of love that needs to happen to the shapes. Maybe another round of simplification? An adjustment of lineweights or spacing? One more pass at kerning those letters until they are rich with rhythm and harmony?

Maybe it’s just stupid or cutesy. I’ve never really liked the Manch Vegas nickname anyway…maybe you have to be from Manchester to really appreciate it. I live down in Nashua (“The Gate City”, twice voted “Best Place to Live in the USA”) so what do I know :)

Concept aside, the logo has a few things going for it visually:

I’m too close to it now, so hopefully when I look at this tomorrow the parts that are wrong (and invisible to me now) will jump right out.