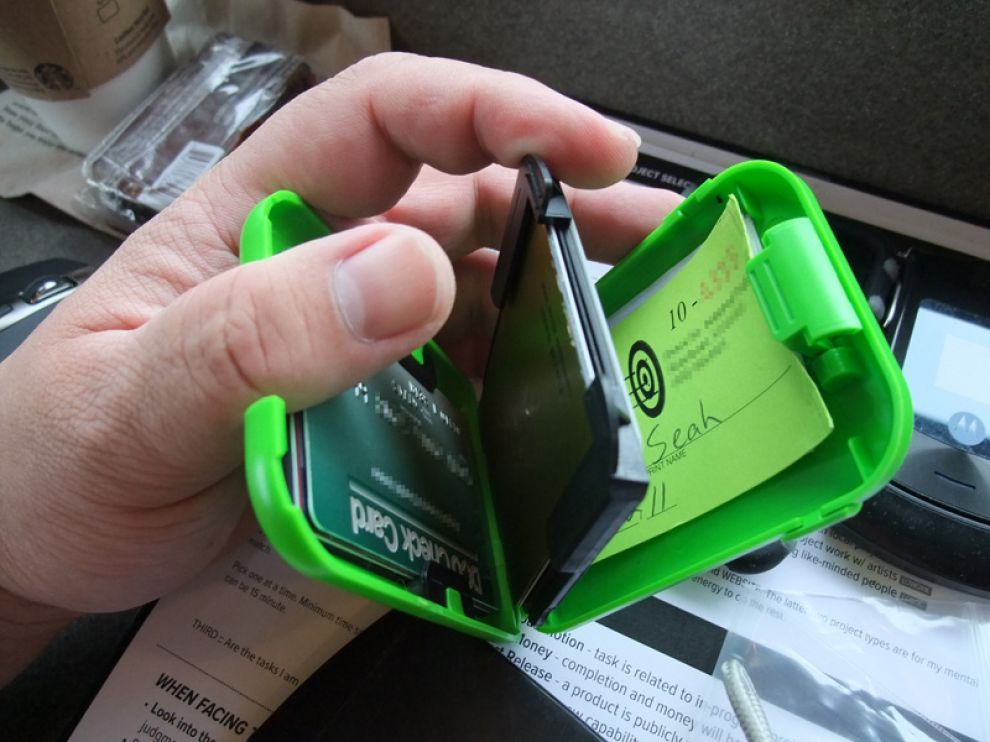 My friend Duncan turned me on to compact wallets several years ago. What I like about them is that they’re stylishly compact, forcing me to carry less junk in my wallet. The wallet I’ve been using recently has been a Jimi wallet, but there is one thing I didn’t like about it: I wanted it to carry just one more card plus some folded bills.

A few days ago Duncan showed me his new Flipside Wallet, which carries that extra card and is designed specifically to carry US dollar bills neatly folded in half. Not only that, but it is also RFID shielded to prevent crooks from scanning your credit cards remotely. While the FlipSide costs over twice as much as the Jimi–$39.95 compared to $14.95–the build quality is sturdier and the mechanical action is more refined. 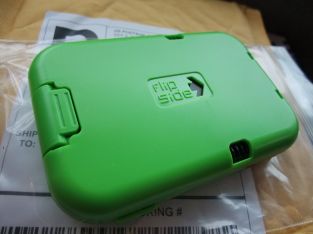 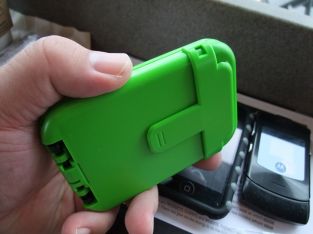 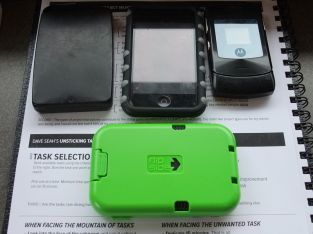 Because of the heavier build and extra capacity, the Flipside is actually fairly large compared to the Jimi. It’s about the side of a Blackberry or iPod Touch, and it dwarfs the old Motorola RAZR in the comparision picture. It’s actually not that much smaller than a regular wallet. However, it does a great job of organizing my cards and bills into distinct area of use. There’s a dedicated slot for my driver’s license, two storage areas for my commonly-used plastic ID/credit cards (holding 3 cards each), and a small compartment that can hold up to 12 bills. No room for receipts, coins, or keys, but I don’t want that stuff in my wallet anyway.

The advantage of this wallet is that it’s easy to get at your cards. There are small ramps engineered into the design of the card holding areas to make them easy to slide out. While the Jimi does a pretty good job of doing the same thing, the action is slightly less smooth. On the down side, this is a larger case than the Jimi. I’ll have to carry it with me for a while to see how it compares.