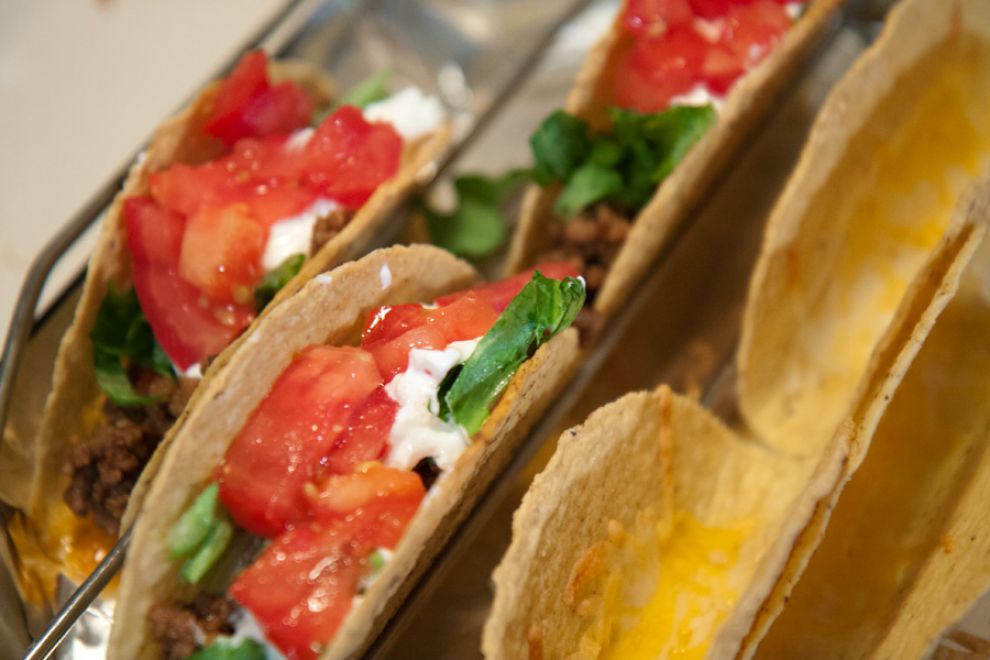 I’m on a home cooking streak, so on Thursday I thought I’d try making tacos. I bought everything I needed for about $7.00, enough raw ingredients for 2 or 3 meals, which seemed like a great deal to me! The only downside was the tendency for the tacos to explode upon contact with my mouth. Ingredients would fall out as I tried to angle for a good chomp, and the crisp taco shells have a tendency to shatter. Sweeping up the ruins of my first meal, I got to wondering if there was a better way.

Over the course of the next few meals, I worked out some guiding principles:

I still had issues with the cheese being difficult to handle on the initial loading of the shell, as bits of it would tend to get displaced by the meat as I ladled it on. Since I had to warm the shells anyway in the oven, I tried melting the cheese at the same time, nacho-style. I figured the melted cheese might also help the taco shell from getting too soggy from the meat sauce; this is similar to the way mayonnaise can keep a hamburger bun from getting soaked with juice. The unexpected bonus is that the melted cheese forms a laminating layer over the brittle corn shell, increasing its shatter resistance by an order of magnitude. The result: a hard taco that not only holds onto its ingredients, but also is easier to eat because it doesn’t explode in your hand. 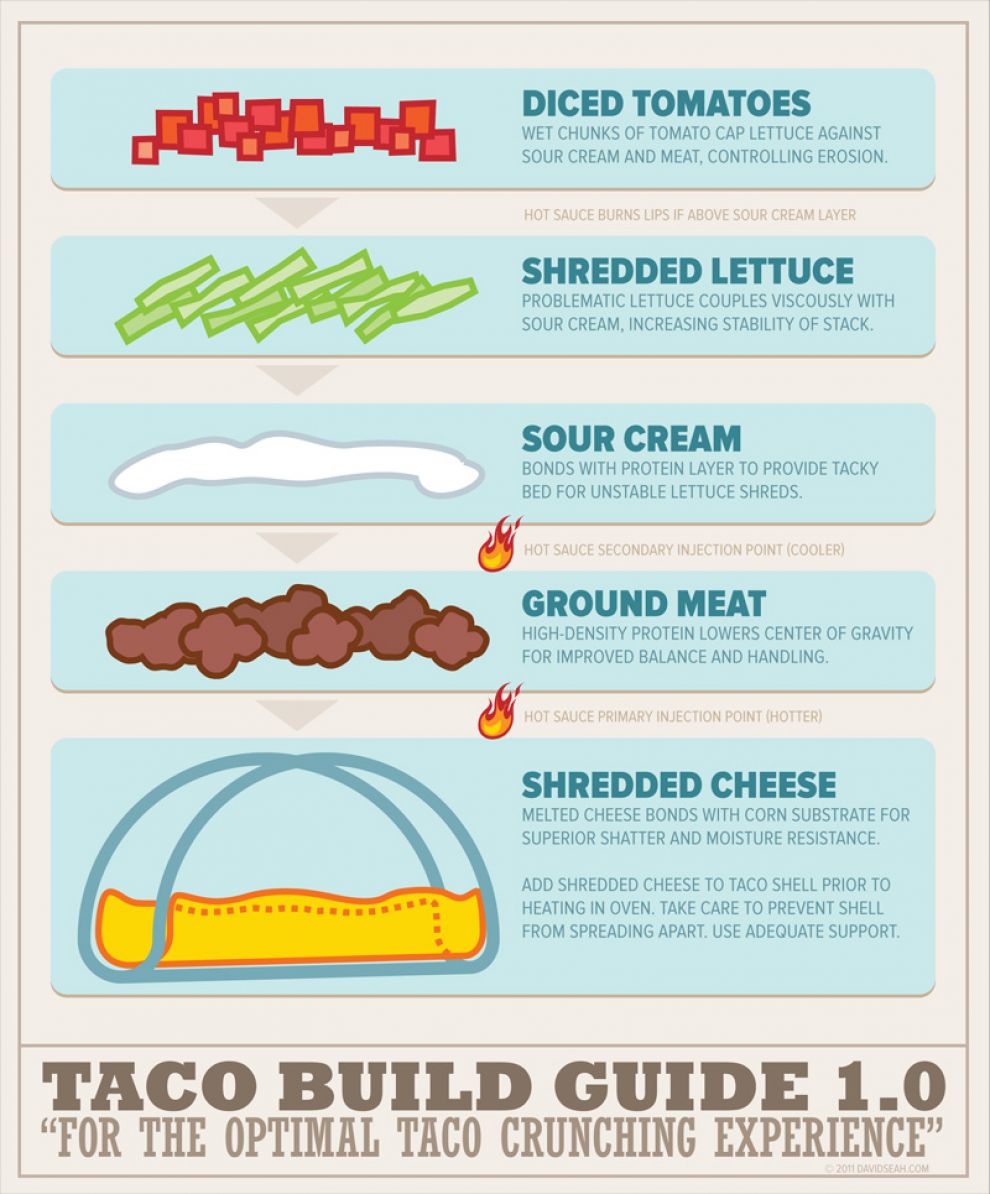 Since I am a huge nerd, I decided to commemorate my adventure with an infographic. You can also grab the PDF version of the taco building graphic if you’re so inclined. Enjoy!