SUMMARY: The first week of the “silo-based” tracker approach went fairly well, but I’m well aware that this could just be due to the extra mindfulness that I was paying to it. The first week is easy; it’s the second week that you start to hit the beginnings of apathy. I do an informal analysis to see what’s working and what isn’t. 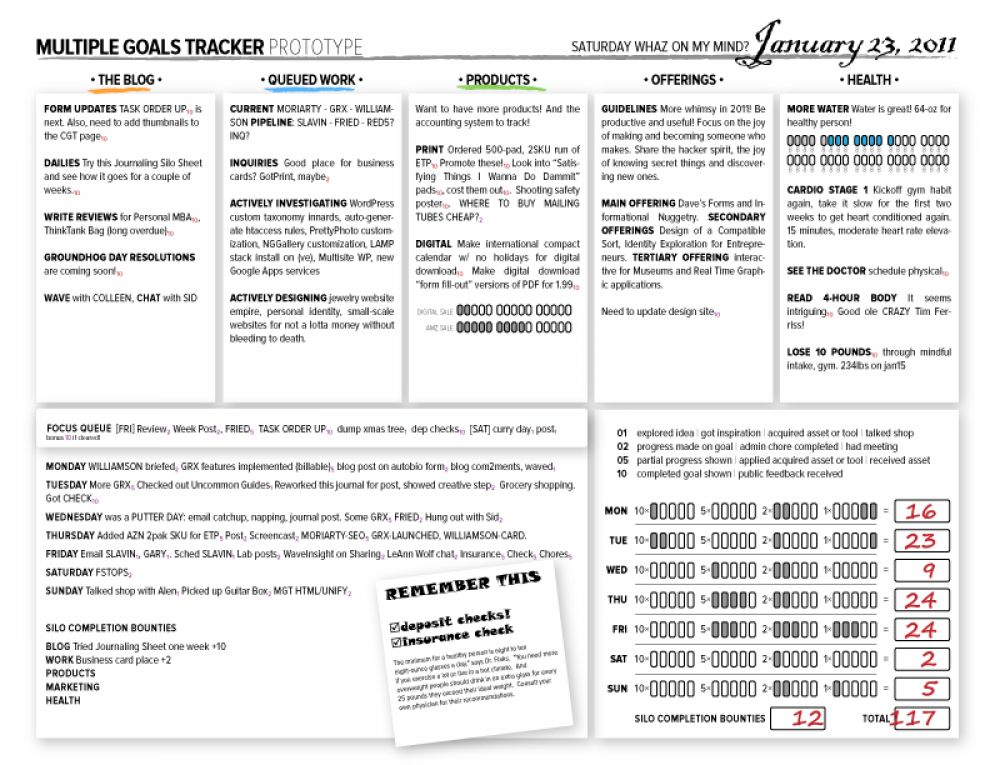 The first week scored 117 points, which establishes the baseline of comparison for this week.

I can see that last week’s highs were on Tuesday, Wednesday, and Thursday due to actual work being done. The other days look like “recovery days”, where I’m doing the supportive work that will pay off in a creative project down the line. There probably is some way for me to tie that foundational work to a specific project in one of the silos, which is pertinent to the discussion on “how to measure creative process” that’s been going on in this post.

One area that failed was the Water Tracker, because I found it too difficult to keep track of how many glasses of water I was drinking.

For this week, I’ve cleaned things up and reorganized the silos: 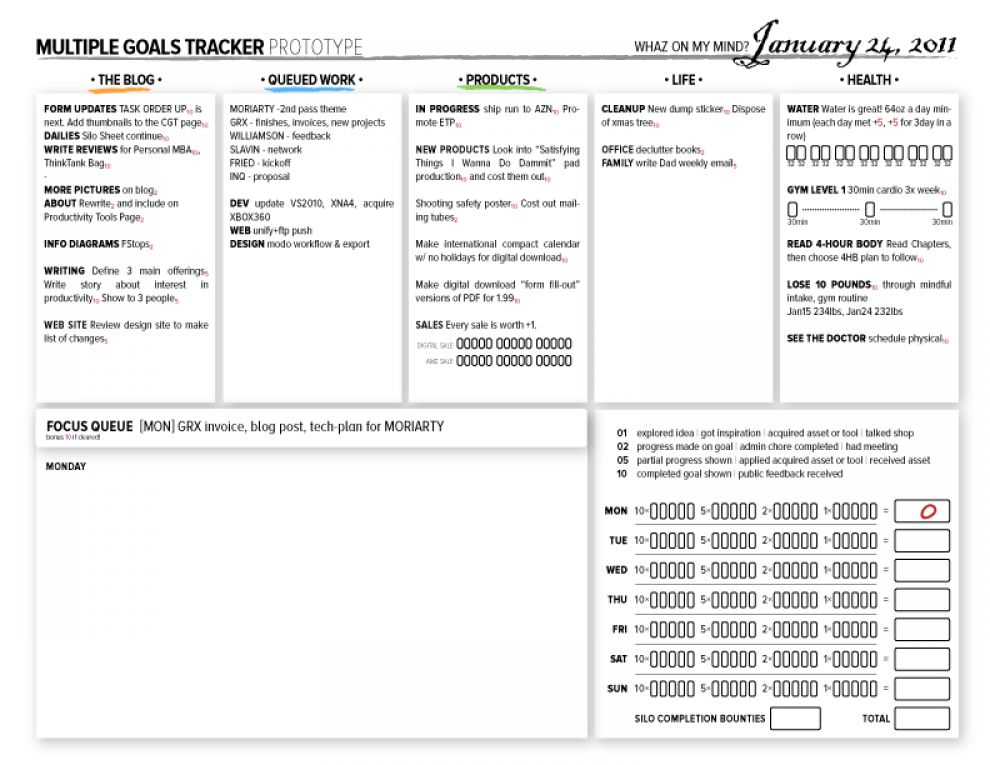 The “Offerings” column is now merged with “The Blog”; these are, in hindsight, both about presenting myself through my website. I’ve added a “Life” silo, which are life-improvement things that are on my mind. I’m not sure if that’s the right word, but it’s good enough for now. In the “Health” column, I’ve reworked the Water Tracker to track the number of 32-oz bottles of water I’ve drank (I have rescued an old Gatorade bottle to serve as the container), and also implemented a Gym visit counter for a low-intensity re-introduction to the habit. 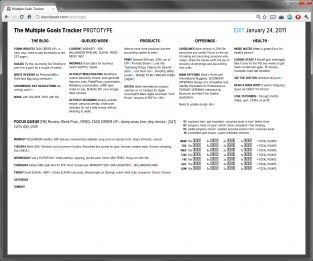 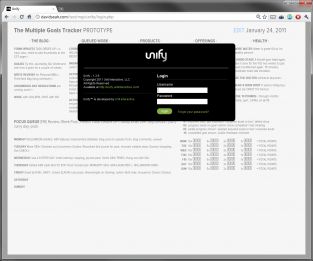 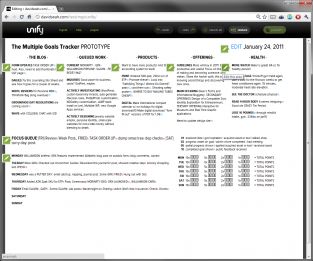 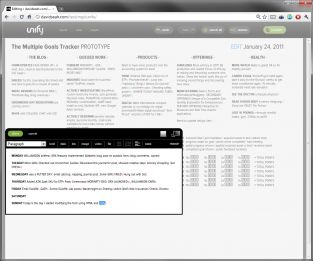 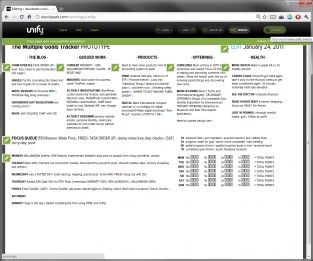 Unfortunately, the web fonts don’t seem to be printing correctly; I have to dig a more to see if it’s even possible. Theoretically it is, but a lot of this web-font stuff is bleeding-edge in the world of Internet browsers and it doesn’t work. It would be AWESOME if I could define print-friendly CSS layouts with vector graphics like SVG…that would open up a world of online form-generation without using PDF as the go-between!

In the meantime, this HTML will serve as the testbed for some interactive prototyping using Javascript. I plan on converting it to HTML5 for the heck of it, since this is a supported platform for the iPad and that might be neat to support.

By request, I have also made a blank downloadable shell of the MGT, though it’s pretty ugly and I’m not sure how useful it will be to people. Download Draft 01.