SUMMARY: Inspired by a web comic, Dave kicks off an experiment with “autobiographical form design”.

After reading the collected autobiographical comic Emitown TPB over the weekend, I had the crazy idea in the shower that perhaps I, too could have some kind of daily focus. While I hate making more work for myself, I know that I’m most motivated when I’ve got something I can share with people that’s “real”. It’s useful data, I believe, because there are some people out there going down new and unfamiliar paths. It’s TOUGH. Sometimes SCARY. I’m hugely appreciative of anyone who takes the time to show how they’re doing it. I think that’s the spirit I want to capture in these dailies. Plus, it is hilarious to think of “form-based autobiography”. I am pretty sure I am in a niche of one, here :-)

I’ve kept some descriptions terse for a modicum of privacy. And credit where it’s due: the whole “silos” idea is something I am stealing from my friend Gary.

This is essentially a list of the topics I mentioned in yesterday’s post, with more details filled-in. I just used Adobe Illustrator to layout the text using my newly-licensed font Proxima Nova (which is what all the form redesigns are using) and am going to stare at it. There is a second part of this I want to design as part of an upcoming Multiple Goals Tracker enhancement to the Concrete Goals Tracker, but I didn’t want to make a day of it. 45 minutes is what I ended up spending, and tomorrow I’ll review it in the morning and refine it.

Over time, I think this experiment will yield some Illustrator skill optimizations, and perhaps some idea for improved digital workflow. It should be interesting. I’ll commit to this for two weeks and see how it goes. 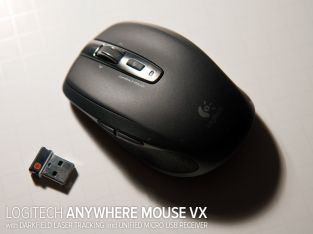 In other news, I got a new mouse to replace my aging Logitech Nano VX, as it has started to double-click by itself and it produced much rage in me at Starbucks. The new one is, despite Logitech’s failure here to please me, is the Logitech Anywhere Mouse MX. Like the mouse it replaces and still bears a resemblance to, the Anywhere MX is wireless AND will allegedly track on GLASS, which would be awesome; I’ve had issues on very slick tables. It also has a new “unified receiver”, which means that it can support multiple mice AND (compatible) wireless keyboards with a single USB plug. I got the mouse on sale at Staples for $20, and there’s another $20 rebate on it, so that drops the price by 50%. I can imagine Dad nodding approvingly. We’ll see how it works out in practice. I also looked briefly at Microsoft’s offerings, as they have been making mice for a long time as well, but this year’s designs are unexpectedly ugly; they remind me a bit of pill bugs! Ugh. I don’t even want to know how I am making that connection.

The next form update in the queue is the Task Order Up, but I have a lot of work this week to take care of first. Fingers: crossed!