Voltron: Defender of Your Data 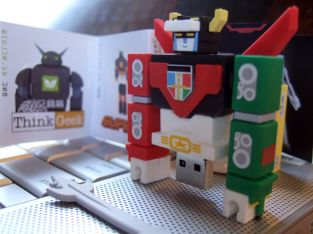 My buddy Alen, who has been the grandmaster of the venerable Japanese toy robot site ToyboxDX for nearly as long as I’ve known him, has been slowly building an army of original character toys. His latest: a licensed Voltron: Defender of the Universe, in a diminutive 2G USB Flash Drive package 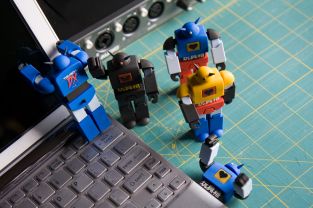 Alen’s first run of toys was based on his nekosaur design back in 1998. A self-funded labor of love, Alen has both been beset by shadowy figures in the toymaking underworld on one side and guided by the enlightened hero masters of his childhood. His original designs draw heavily on the influences of his youth, cartoons that I never actually have seen, but recognize as a primal source of his creative energy. The first run of toys (right) were also a series of USB thumb drives using an intermediary manufacturing liaison. 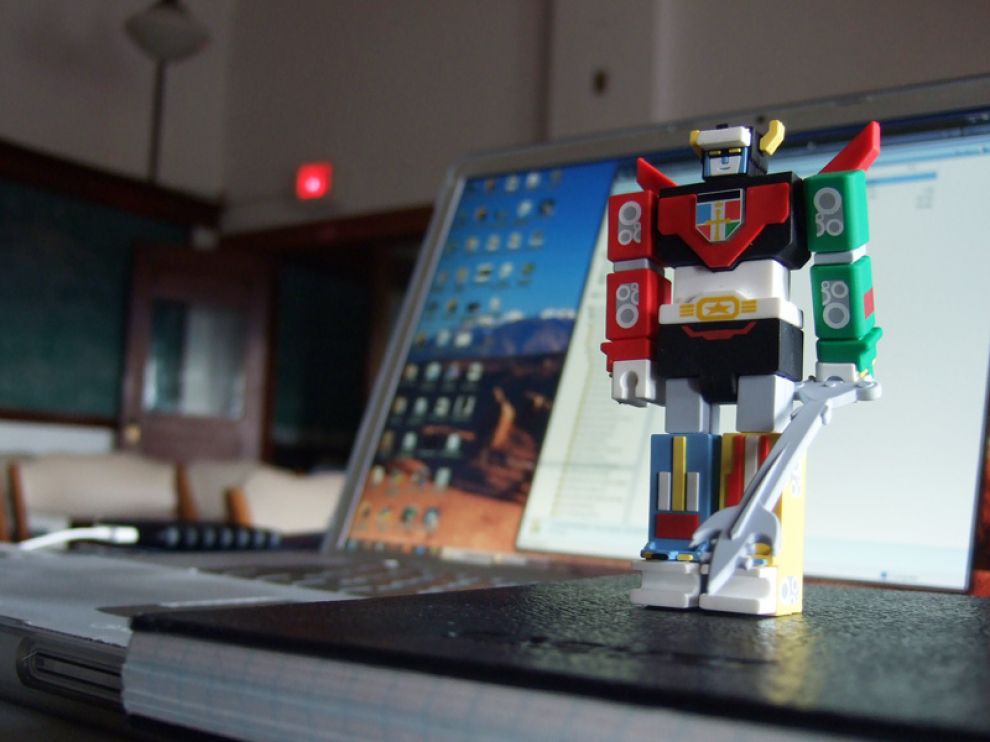 The third toy is his first licensed property, and is based on the US-translated giant robot cartoon series Voltron, which was aired here in the US around 1984-1985. It’s made of a rubber material and stands about 3.5 inches tall. When you pull the figure apart in the middle, the USB connector reveals itself; it stores 2 gigabytes of data and the chest lights up when you plug it in.

What’s especially cool is that Alen has reproduced the box experience from his youth. The box (see below) is like an alternative-history version of the Japanese box packaging designs from his youth, right down to the gold foil stickers and pack-in catalog. I’m so pleased to see Alen make something as an adult that would please his 10-year old self. To successfully emulate your childhood heroes is pretty wonderful. If I were to try to do the same thing, I would design an awesome series of spaceships and create art books for them :-) 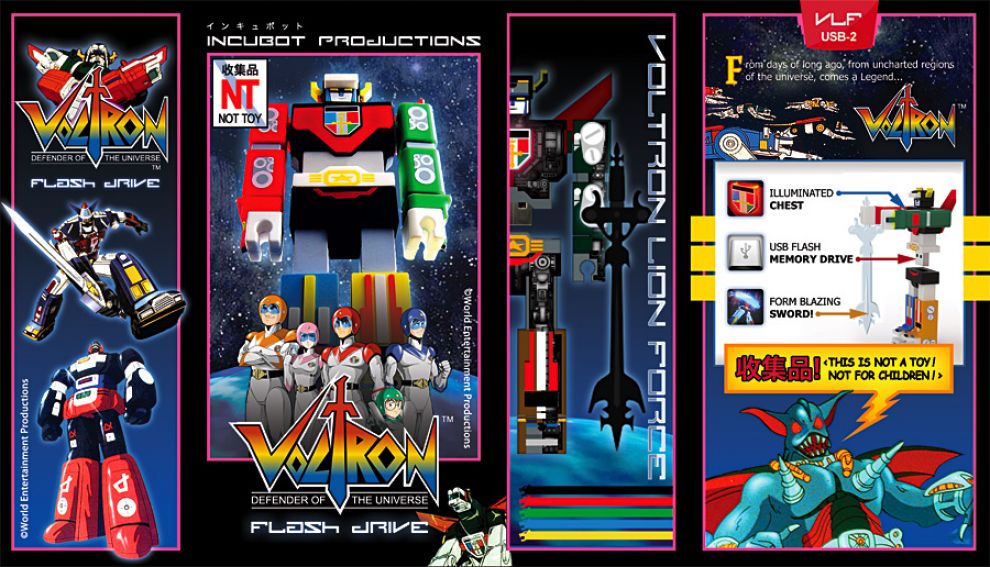 If you are a child of the 80s, you can grab your own Voltron (among other things that Alen, though his one-man company Incubot Productions, has made in the past year) for $29.99.