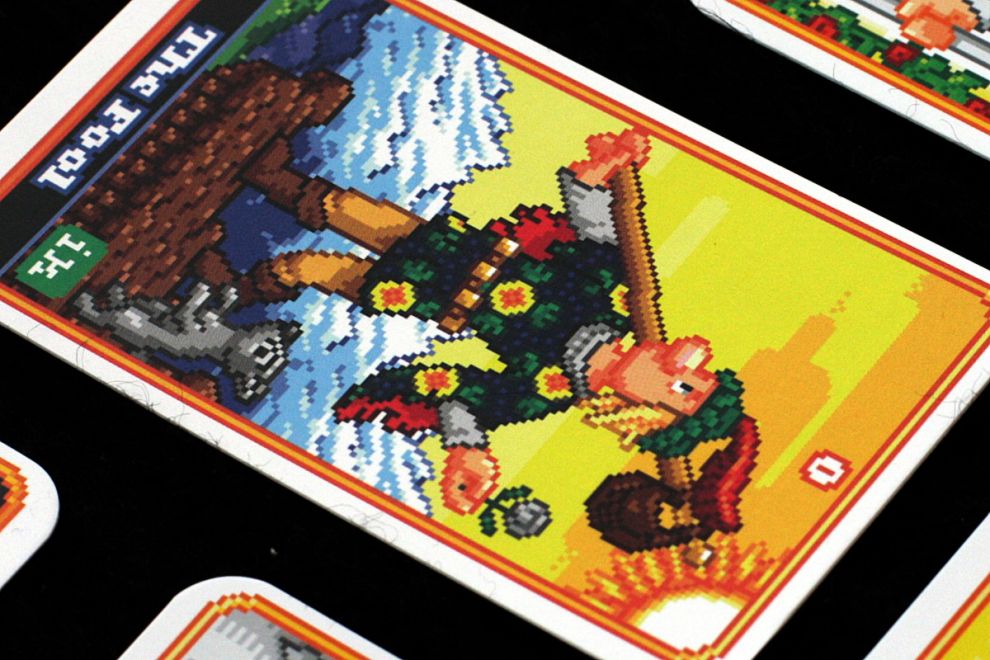 I stumbled upon Indigo Kelleigh’s fantastic Tarot cards some time ago. Based on the popular Rider-Waite deck that’s in widespread use, Kelleigh’s deck is faithfully illustrated using an 8-bit retro computer graphic style. If you grew up with computer games in the 80s and 90s, you know what I’m talking about. Before we had millions of colors and photographic imagery on the desktop, computer artists basically had to work with what amounted to a digital Lite-Brite, hand-picking each pixel and color to create cartoony imagery. It is not unlike creating a mosaic out of tiles, with a very limited color set. People of my generation, however, remember this era of computer gaming fondly because quality games had to rely on good game play and story–or so we game snobs like to believe.

Anyway, Kelleigh’s 8-bit Tarot covers all 78 cards in the Rider-Waite, using the same 256 colors that used to be the standard system palette on the Macintosh. That may sound like a lot of colors, but when you consider that realistic shading can take dozens of colors for each hue, you quickly exhaust your color budget. Experienced computer graphic artists dither colors to create the illusion of intermediate shades of colors; this works well if the resolution of the screen is high enough with photographic imagery. The technique creates a stippled effect that makes connoisseurs of aged computer graphics nod with heartfelt appreciation.

But I’ve prattled on enough…just take my word that these are really cool. The complete set became available recently for sale, and I jumped to snag a couple for my collection of esoterica. Have a look! 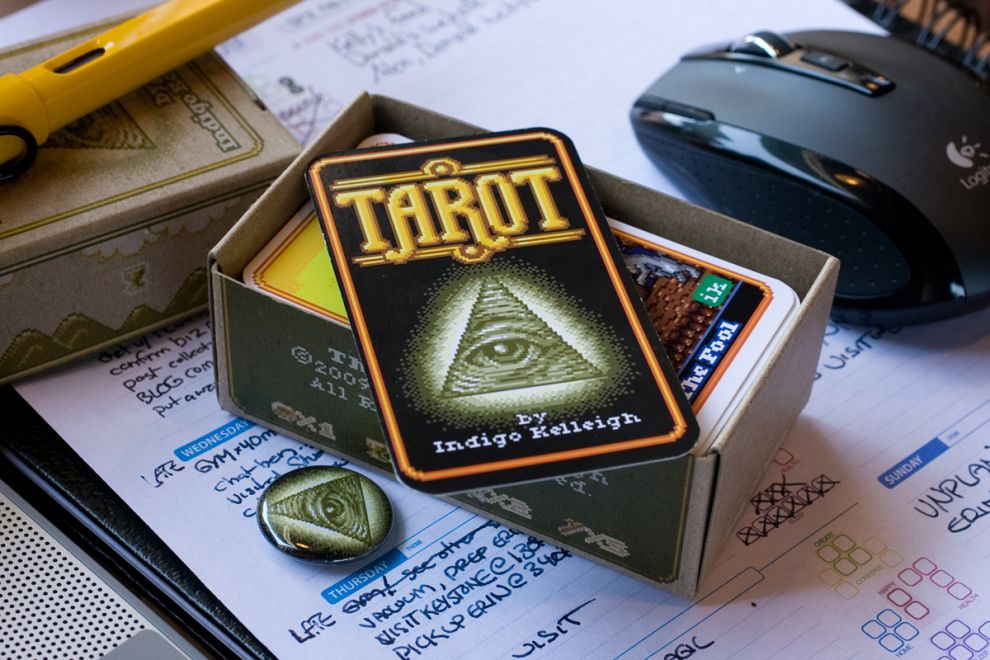 They’re not very large cards, slightly smaller than a standard playing card. However, the printing is quite good and is on a nice coated cardstock. The cards also come in a very cool brown box decorated with blocky 8-bit illustrations done in a Victorian (?) style. The mixing of retro 8-bit graphics with retro package design is very cool. 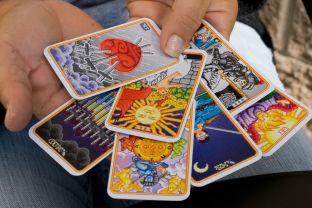 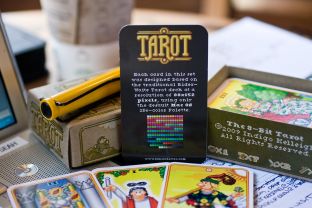 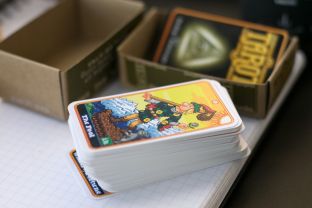 I suspect they will also work just fine as any Rider-Waite deck for Tarot purposes, as Kelleigh’s digital creations are based on the thematic elements that are in Pamela Colman Smith’s original illustrations. You can see the entire card set at Kelleigh’s site. If you’ve got US$30 burning a hole in your pocket, head on over to the lunarbistro store and send the artist some bucks.