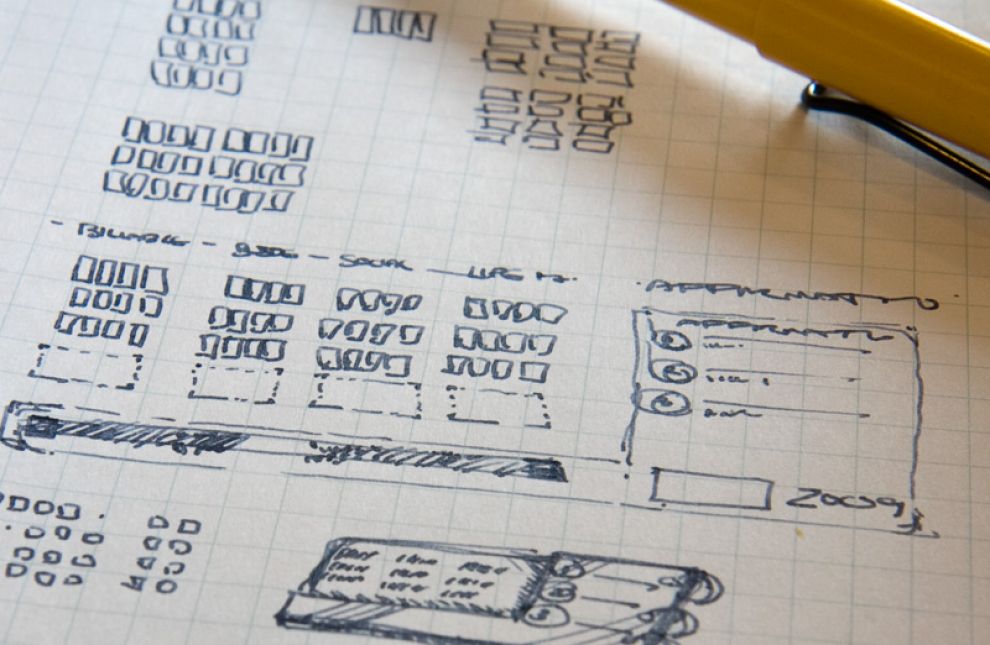 Yesterday I’d started doodling boxes on a piece of paper, idly wondering if I could somehow structure the coming days of toil into a set of 24 boxes. This represented, in hindsight, a desire to put some structure on my expectations and somehow guarantee a productive use of time. There’s something pleasing about a grid of boxes. It’s orderly! It’s contained! It makes everything look clean and clear! Of course, it’s also a pipe dream to believe that it could actually work, but on the other hand I’m a firm believer that the appearance of order plays a part in creating the motivation to keep going.

Today’s doodling expands on the theme of breaking up the day into boxes. Underlying the itch to structure the day is something new to my productivity form designing escapades: the desire to build balance into the task management. That presumes that there exists an algorithm for balance in the first place, and admittedly this has always been an area where I’ve suffered. However, in yesterday’s post I decided that starting with four billable hours a day would be a good start; this is both sustainable and realistic in my freelancing experience, especially when considering all the additional non-billable stuff that I have to do.

I’m not going to get this form done today, but a few ideas have popped up:

p>This is the first form I’m creating that addresses balance, to my recollection. A larger issue is how all the various Printable CEO forms work with each other; how does this new balance form figure in with that? The short answer is that there is no “system” in the first place; each PCEO form tool is designed to meet a specific need. While there are ways that two or three forms could be used together, there is no unifying design philosophy at work to eliminate tedious data retranscription. This is where software may be the solution.

In the meantime, designing to encourage balance introduces a new concept in the PCEO universe, and I’m curious to see where it goes.