Never Too Old To Be Young

One reason I’m such a “productivity enthusiast” is that I’m terrified by the idea of not being productive. To me, that means not fulfilling my potential, or making whatever contribution I’m meant to make. I don’t know where the feeling comes from, and it is a little irrational, but it’s how I feel and my practical side says, “Go with it! Just don’t let it become self-destructive.”

On the more positive side, I love the idea of being empowered, and especially by people empowering themselves. Part of the fear behind “not fulfilling my potential” is the sense that I’m running out of time. As I get older, I become increasingly concerned that I have already run out of time, that I’m too old.

But check out these people: 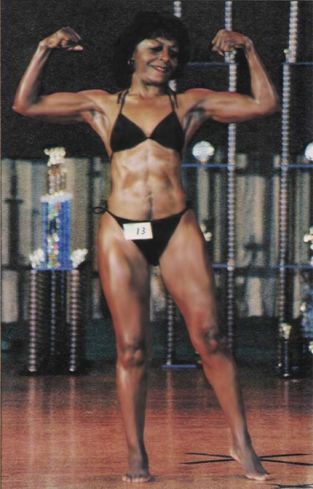 Morjorie Newlin started bodybuilding at 72. She had trouble carrying 50lb bags of kitty litter, and went to a gym to get fit. She’s now 86, and still works out after having won many competitions. She looks amazing, and it’s still even more amazing that she started at such a late age. She apparently has been blessed with good genes, but then again, my Dad also started working out recently, and he does 60 situps and pushups every day! Speaking of Dad… 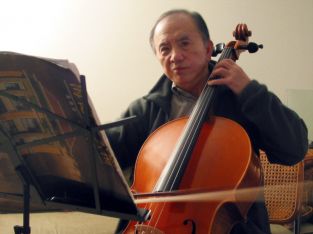 My Dad is more inspiring to me every day. One day he decided to learn how to play the cello…when he was in his 70s! He bought a cello, then attended a music school in classes with kids far younger than himself. He even performed in the school recital. Incredible! Nothing holds him back, once he’s set his mind to it. Some day I hope to be like him :-) 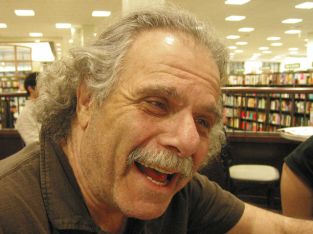 I met video pioneer David Cort in the New Media Group here in New Hampshire. He’s in his 70s, but still has the energy of a young man tempered by his years of experience as a pioneering video artist and freelance videographer. At first, I was a little surprised that someone of his age would be interested in digital media at all, but I soon came to recognize that his spirit was in the same place. He doesn’t let new technologies faze him, but tackles them head on, constantly re-inventing himself. He’s still at it. 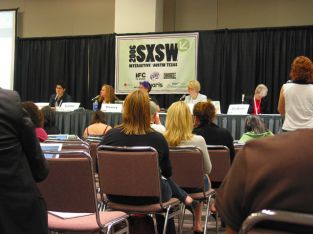 One of the more powerful realizations I had related to age and spirit was during the SXSW06 panel Women’s Visibility on the Web: Who’s Butt Should We Be Kicking?, where I heard the story of Virginia DeBolt for the first time. A self described “little old gray haired lady at SXSW” who was “the most invisible” person there. but she listened and she believed. So as an educator, she was faced with a conundrum: how to convey all this new stuff to teachers, writing about the topics of web development in the way she thought it should be done. It struck me just how easy it was to not see older people, making assumptions about the irrelevancy of their lives to our, uh, “high-tech lifestyle”. While all the bloggers on the panel were awesome in their own way, it was DeBolt who I found really the most inspiring. She was quite aware that she was older, not a high-profile designer and not the most technically savvy, but she had something she wanted to do, and she put herself out there and kept doing what she wanted to do. So awesome.

You can listen to DeBolt and the other panelists on the SXSW podcast site; just search for “Visibility” on the page and you’ll find it.

Getting On With It

All of these people are still doing new things and going into new areas. Age doesn’t stop them. You can still be strong, mentally alert, and willing to learn at any stage of your life. So perhaps, it’s the attitude that one can start at any time, and that’s hugely better than feeling that you’ve somehow “missed the window” or “have started too late”. Getting over the sense of shame or embarassment is one of the steps toward self-empowerment, along with not caring about what other people think. Well, that’s not entirely true; I don’t particularly care about the opinions of people who would rather nay-say, list reasons why something won’t work and stick their asses tight to their chairs. That doesn’t get me anywhere. The opinions of those people who are hungry to do things, though? Those are the people I care about.

Besides, looking at just these four people out of the thousands of ass-kicking older people in the world, I don’t really have an excuse, do I? :-)