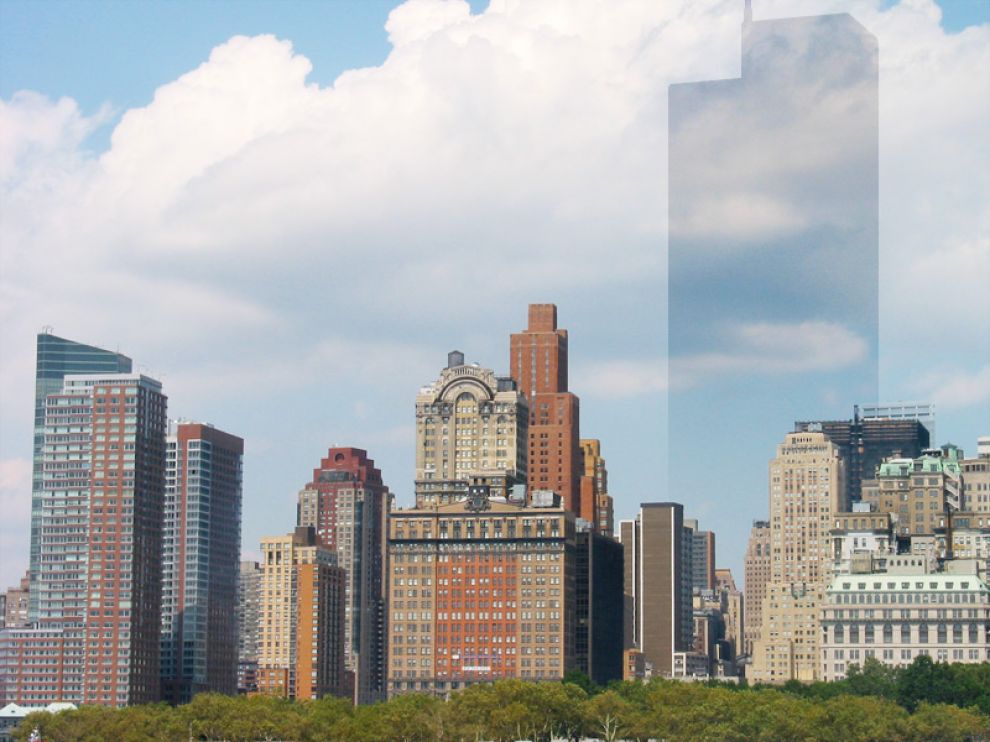 I was visiting NYC just a few weeks ago, and rode the Staten Island Ferry for the first time. I found the sheer scale of NYC breathtaking in both its architecture and volume of people. The city, even on a mellow weekend, felt magnificently alive. I have never seen the World Trade Center in person. A friend pointed out its general direction from the ferry, and I took a picture; the shadow shows where I think it was approximately located.

I am feeling a blend of emotions running through me today…anger, rage, sadness, resolve, grief, and back to anger. As an individual I feel somewhat powerless to effect change on a large scale. However, it is also as an individual that I can be effective, by interacting with one person at a time to build a strong community of my neighbors, to persevere in the face of evil.

That is what I must never forget.