My sister Emily took me to Michael’s, the mega craft store, while on the hunt for needlepoint supplies and cool halloween decor. I’d never been to Michael’s before, so it was a rather interesting experience. So much stuff…I had no idea how large the crafts industry was. 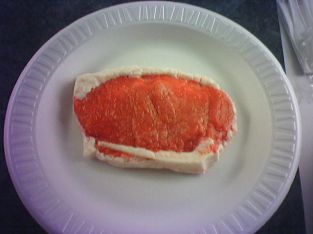 I was peripherally aware of the resurgence of the crafts industry because Em has been forwarding me interesting links like rock ‘n roll embroidery and cool sites like Craftster.

Sis says “Craftster is the New Black!” Check out this steak-shaped soap and this inspired lego yarn roller. There’s something kind of punk rock about the whole scene, except everyone just seems really happy! Sharing what you’re making is empowering and fun, whether you’re making a bikini out of old pantyhose or bitching about projects gone horribly awry. We particularly liked the Stupid Martha Stewart thread, where people vent their frustrations with the messed up instructions in Martha Stewart Living. Heh. 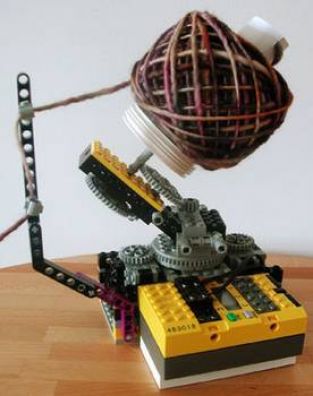 This Do-It-Yourself / Crafts trend has been growing for a few years, though I’m not sure when it started. I’m tempted to say it fell out of the dot-com bust, when people were reflecting on their burned-out lifestyles with nothing to show for it. Maybe making a nice jewelry box with your own hands seemed a lot more rewarding. Or maybe it’s been driven by the onslaught of television shows like Trading Spaces, American Chopper, and Monster House. The launch of the DIY Cable Network and magazines like Make are part of the latest wave, the next logical development now that the suburban landscape has been completely colonized by The Home Depot. And it’s been fueled by the blogosphere: ordinary-but-extraordinary people are out there doing awesome things, and for the first time we’re really hearing about it because it’s finally easy to put your words and your images up on the Web. Thank you Movable Type. Thank you Flickr. Thank you Del.icio.us. The last-mile of the information economy is finally in place. 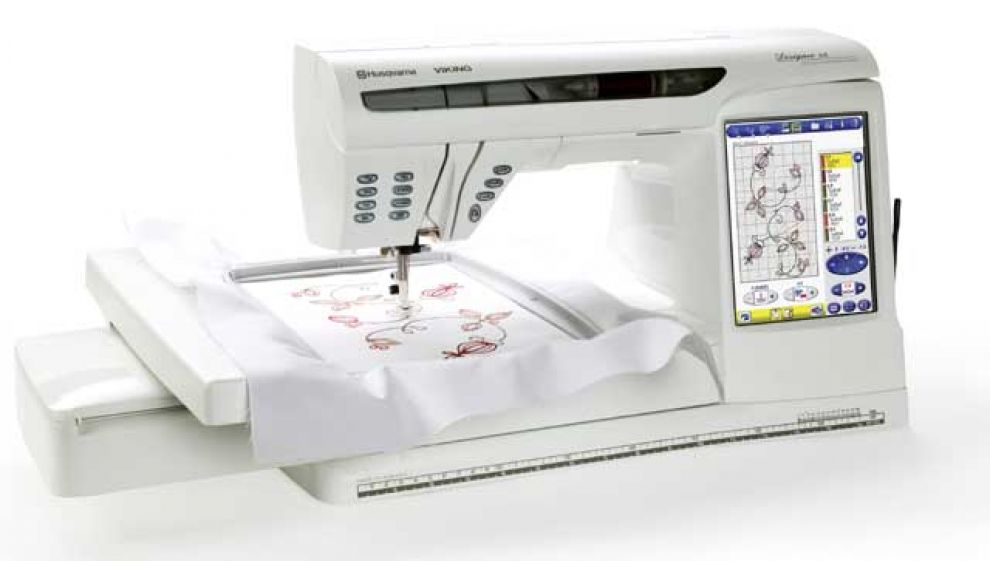 A few years ago when I was buying my Miele vacuum cleaner, I noticed that there was a rather large crowd of older women gathered around some sewing machines. That’s when I noticed that they had color LCD screens and floppy disk drives built-into them. I asked one flinty-eyed grandmother about it, and she patiently explained that one could “use Macromedia Freehand to design and upload patterns” to the machine. It was an electric moment. I realized that there really wasn’t a lot of difference between me and her: we were both technology-enabled designers, wielding the same digital tools. They are totally hardcore too. Pretty awesome.

Anyway, I’m thinking of making pens. It turns out there’s an entire industry based around pen making. If you make them on a lathe out of wood, you’re a pen turner. Instead of doing that, I’m thinking of making them out of polymer clay molded over a chopped-down pen chassis, and then coating them with some kind of acrylic gloss. Here’s a tutorial on using a pen kit with polymer clay; it sounds a little fragile, but until I figure out how to machine solid billets of aluminum, this might be the best way to prototype my short & flat notebook pen. Plus, I can probably make it just the right shade of blue, and somehow stick my website logo on it. That would rock!