Playing the Guitar & The Body 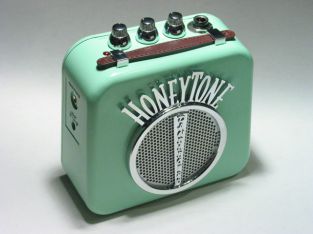 So I’ve been showing my cousin Jason all the tricks I know about ActionScripting in Flash MX 2004. What’s in it for me? Why free guitar lessons, of course! 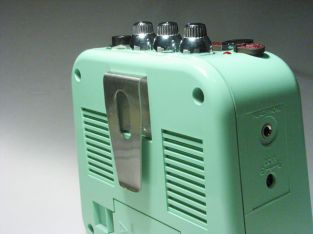 Jason brought over cousin Ben’s old electric guitar too, which I have on indefinite loan until Sylvie (Ben and Diana’s toddler) is old enough to demand it for herself. So I got to buy a little Danelectric portable practice amp for $19. I got it mostly because it looked cool. I also have a portable Korg digital four-track with guitar effects built-into it, so alltogether I have something I can play wailing guitar solos on…someday!

I never got around to taking guitar lessons, so I didn’t know a damn thing about how they worked. The last epiphanous moment I had with the guitar was when someone told me that you didn’t have to play all the strings to play chords. AH! That made some sense! 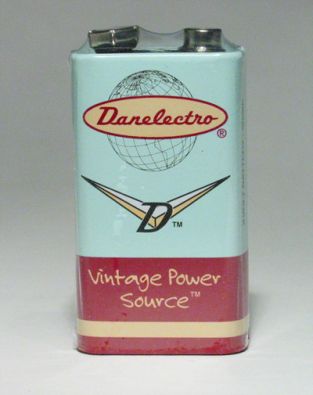 One cool detail about the practice amp: it came with a Danelectric branded 9V Battery! It’s very cool, so I’m saving it. I have never seen such a cool battery before.

My biggest problem to date has been learning how to use my left hand. It didn’t feel natural and I have big stubby fingers. They are good for giving deep back massages, but are a liability on a narrow fretboard. Jason showed me the basic G, C, and D chords, and told me not to worry about playing the notes clean. I have been practicing a bit every day, just trying to remember them and build up callouses in my fingers and also the muscle strength and memory in my wrists. Today, I noticed I was playing the chords a little cleaner and my fingers are starting to remember the positions on their own. Amazing!

On a side note, I’ve been pretty fascinated by how the body learns things rapidly with just a bit of practice and sleep. The initial ramp-up, if you push through and do it 10 or so times, is enough to get your brain and body learning. Even with exercise, I’ve noticed a tangible increase in energy level and stamina from just a couple weeks of repetition. The big insight for me, which will be old hat for everyone else, is that the physical sensation of discomfort is actually a sign that things are going well…keep it up! That means it’s working! Pain is something else entirely, so you just have to monitor yourself to make sure you don’t get to that point.

The avoidance of discomfort has been actually pretty good for me in some respects; while I had not previously done a lot of exercise, it did teach me how to touch-type in a non-standard hand position. The wrist-destroying technique they teach you in school is to hold both your hands pointing straight-forward. The way I learned to type was to avoid that stress, and type with arms relaxed at my side and middle fingers pointing at the F5 key. This is remarkably similar to those angled ergonomic keyboards. The net result: no carpal tunnel despite spending hours everyday typing at relatively high WPM. Wrists are straight and in good shape!