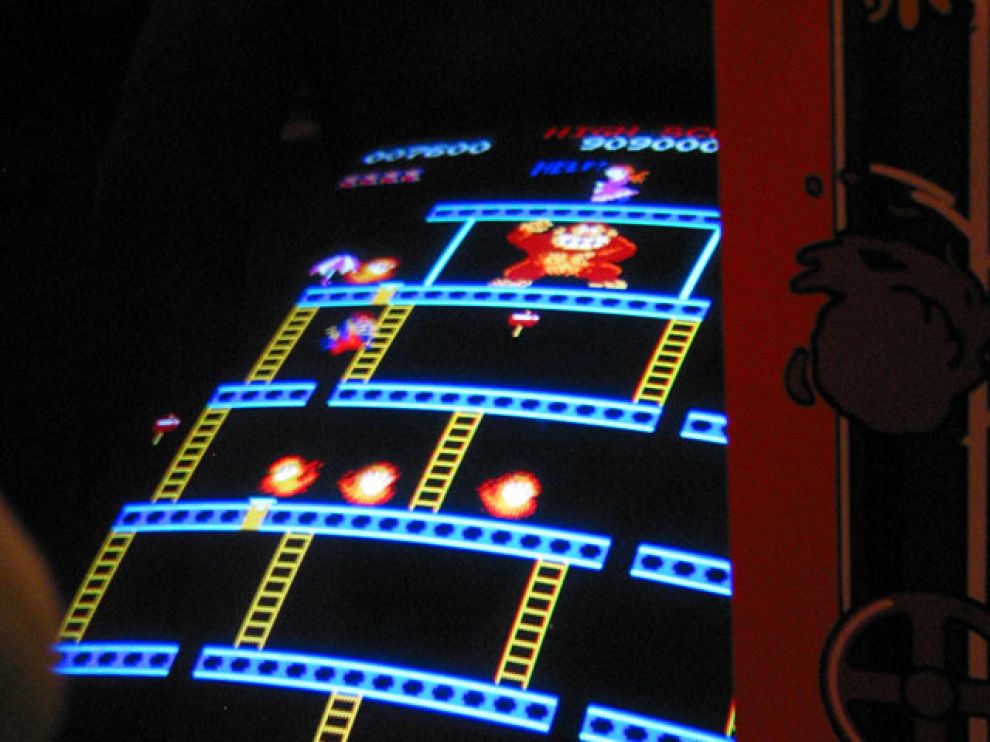 I recently visited Providence to hang out with my sister, Robert, Peter, Duncan, and my cousin Jason visiting from California. The mission: Go to Dave & Busters! 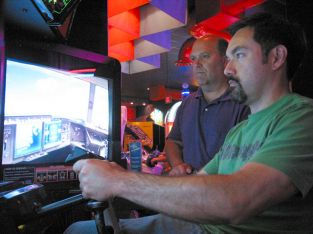 Dave & Busters is a large “adult arcade”, built into the mall in downtown Providence. D&B is a chain that caters to the 30-something set, who remember arcades fondly from their youth, but no longer fit the scene. Like me! Because it’s aimed at the adult crowd, you can also buy beer at the full-service bar, play pool, and generally be assured of a punk-free environment. As an added bonus: the place doesn’t smell like mop water and vomit. 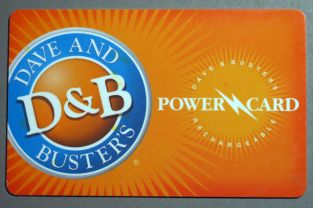 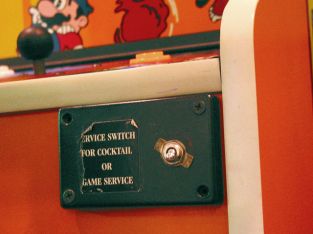 You purchase cards instead of using tokens; each machine is equipped with a card reader that debits your account and displays the amount of cash remaining on a small backlit LCD panel.

My sister pointed out the nifty assistance button on each machine…when you’re too busy playing, you can call to have a cocktail brought to you. Now that’s service! 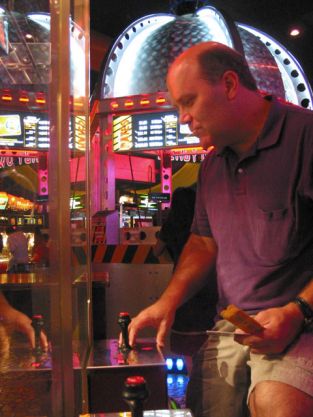 What about the arcade experience itself? Well, it was a little underwhelming. To our great surprise, there were no pinball machines, which is just outrageous. Peter had to console himself fishing balls out of vending machines, collecting sheafs of tickets in hope of getting enough to bring home a nice prize.

While the facility itself sported over a hundred machines, the variety was a little on the weak side. There were some classics (multi-game cabinets, not originals). Plenty of gun games and race games. A fairly decent selection of ball games (skeeball, etc). An interesting attraction was a Old West Shooting Gallery, complete with life-size cowboys and unusual props to shoot. It reminded me at first of an old-time Disneyland shooting gallery I remember from the 70s, but this one was entirely electronic. Not very fun, either. 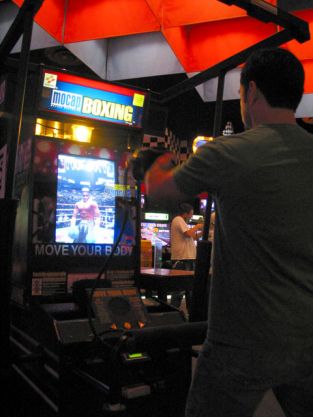 I imagine D&B does well enough, but I probably wouldn’t go out of my way to visit them again. I actually checked out the local Funworld here in Nashua, and found it to be a more complete arcade. Although it smelled like mildew in the concessions area (ugh), there were three floors of machines including import models from Japan. They had some Bemani stuff (Beatmania, Guitarmania) and a slew of modern DDR machines. I was pleased to see they had both MoCap Boxing and the sequel to Police 911! I’d say it is probably the better arcade in terms of offerings, though the D&B ambiance is definitely a step up.

Maybe the Arcade really is dead…not enough innovation and rising costs just make arcades a losing proposition for both operators and users seeking the absolute best in electronic entertainment. Sigh.