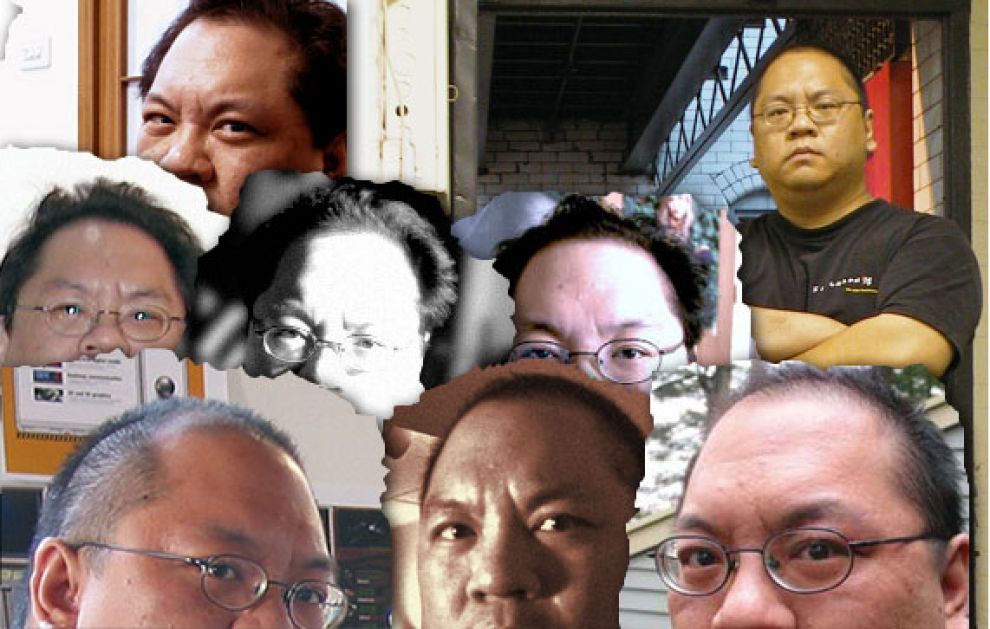 There was a brief period of time, from around 2000 to 2002, where I actually had my hair under control. I was a contract interactive designer working the Boston and Southern New Hampshire Greater New Media Zone. I kept my hair close-cropped and clean-edged, cutting a mean (if not exactly lean) silhouette in basic bad-ass black.

I finally got my hair cut professionally. Story follows! 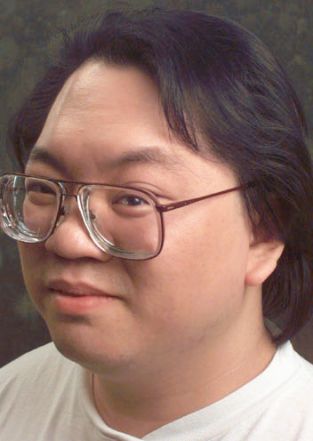 At all other times in my life, I have had the worst hair. My sister remembers with horror the year I tried to grow it long, achieving a scraggly moth-eaten pony tail. I was meeting my sister at the bus station once, and as I approached she kept backing away. She finally recognized me when I said her name, but she glowered and said I looked like a “scary bus station person.” The very same coif got me the most thorough frisking of my life at the Tokyo Narita airport, while my buddy (tightly permed and clad all in Izod) waltzed through the checkpoint. Unfortunately, I have no pictures of that period; the picture on the right is from 1995 when I was in Art School a couple of years later.

I was thinking about going back to the buzz-cut because my friends Alen and Duncan said it looked good. I liked it because it was easy to do, and since I’m starting to go bald on top, it helped even-out the “color” of my head. Anyway, I stopped buzz-cutting my hair when my sister said it looked kind of intense and scary. It’s not very approachable, she said. I went back to Alen and Dunk on this, and they confirmed that yes, that was a possibility; they liked me to be scary and intense because it was cool! But to the ladies…well, my current objective to attract them, not scare them away!

Duncan recommended his stylist at En Vogue Salon in Danvers, MA; the owner Kim, he bubbled, was a real hair geek with a passion for all things hair. She is the only person who has ever given Duncan, with his tricky combination Asian/Caucasian hair, a decent haircut. I’ve noticed in the past how he subtly glows with added vim and vigor after he gets his hair cut there. So I finally called En Vogue and made an appointment for 5:30PM.

Danvers is about an hour away from Nashua, but the rush-hour drive was totally worth it. It was the most positive hair-cutting experience I’ve ever had, and it was everything Duncan said it would be: informative, professional, and friendly.

It was very interesting to hear her take on Hair. Hair wants to do its own thing, she said, her philosophy is to let it do what it wants and pull the best from it. She has hair styling principles, which she shared as she cut away at my mangy head. Electric clippers? Bah! They don’t offer the fine control of a good pair of scissors and a razor! This was the first time I had my hair razor-cut too at the back, for “texture”. And cowlicks? No sense in fightin’ them. Work with them! A skilled stylist will shape the cowlick such that you wouldn’t even know it’s there. Cool! Every head of hair is a new challenge, an opportunity to do create something great! The air was charged with excitement!

As for the haircut itself, it looks and feels pretty good to me. I’ll get a better sense of what’s different tomorrow when I take the “after” pictures. The general idea is that I can wash and towel dry for the “day look”, then put a little light wax in it for that “night look”. Apparently, you can diddle your hair to do funky things. Work it overall, or tweak every single hair to your liking. This is an entirely new concept to me. I also learned that the hair on the top of my head likes to move forward, not back. And, I don’t need conditioner either…just a robust shampoo. I got some Paul Mitchell stuff there that makes my scalp tingle.

I’m still balding, but at least the baldness has been professionally contained. I highly recommend the experience. Check En Vogue out at 10 Page Street, Danvers, MA. It takes me about an hour to get there, but it’s worth it. If you’re in Boston, lucky you!