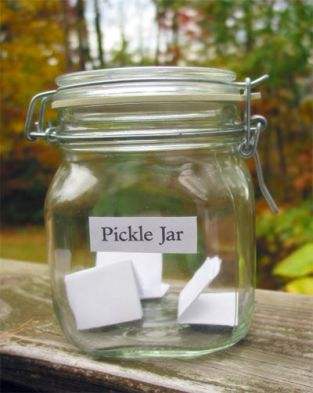 I’ve been working on getting to a regular sleep schedule so I wake up early and go for a healthy walk. I’ve done it for five days now, and am finding it actually is a good way to get the blood flowing in the morning, just like S. said it would. Except in my case, it’s more like 10 or 11AM…I’m still not hitting that sweet spot of 6:30AM.

Anyway, the morning walk can be a bit boring. The first day, I focused on the act of walking, feeling where all the muscles were, what they were doing, posture, etc. A lot to concentrate on. I found myself wondering if I should get one of those portable headset radios so I could at least listen to NPR. As I was thinking about this I lost my concentration a bit and stumbled, so I refocused on stepping. Step step step step. Just to mix it up I did a double-step, kind of a funky down-beat, and I imagined some horns playing in time. Which gave me this idea:

MARCHING PODCASTS Walk to the beat of your own theme music! Fun!

I enjoy the combination of music, thought and activity:

Combining all these together into a 30-minute workout, with great original music suitable to the mood and a great voice person to call things out…I think that could be cool. You’d want a different one every week though, hence podcasting.

Of course, I’m pretty sure that existing workout tapes already take this approach, and have since the 1980s! But mine would be so much cooler :-)