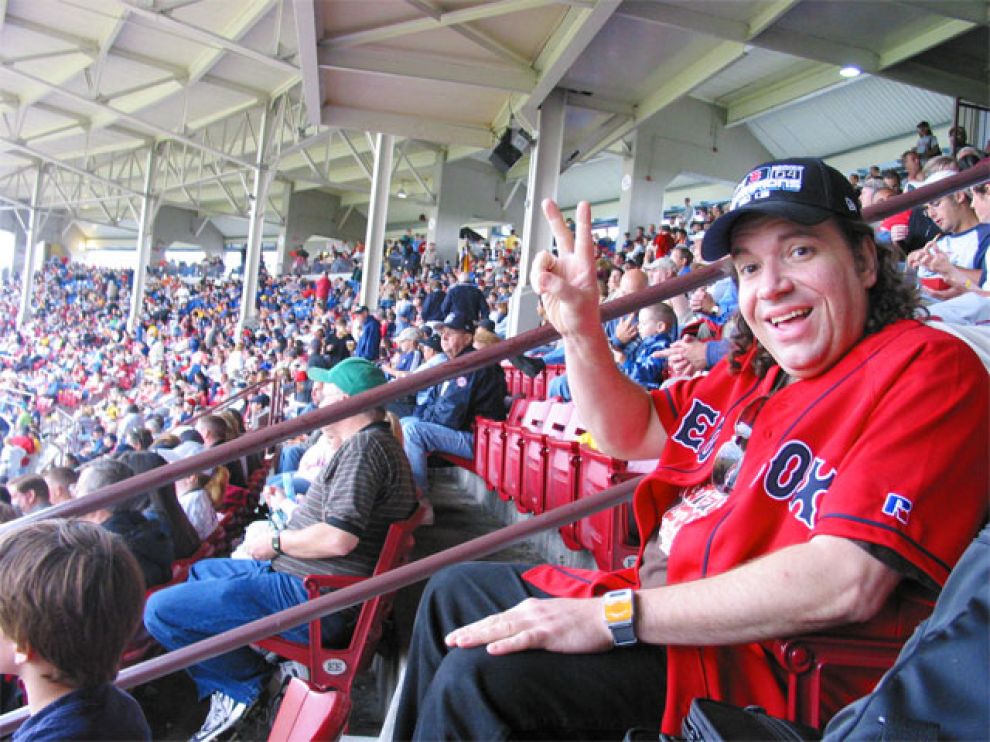 A few weeks ago I was invited by Robert to see the Pawtucket Red Sox. He had a couple of extra V.I.P. tickets, which meant we would get the good parking. Why not? Things to see and eat! 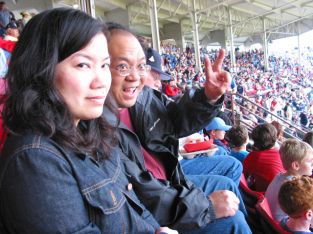 I was somewhat unfamiliar with the customs of watching the game. One thing that took some getting used to was the constant noise and distraction. There was a baseball game going on, but the people in the stands were happily pre-occupied with chatting, drinking, and generally hanging out. The ballgame provided moments of focus, after which a lot of either hooting or booing would ensue, but it almost wasn’t the point. Highly enjoyable. 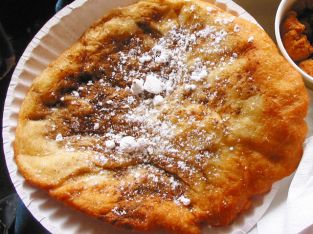 It’s odd how you can be in the middle of so many people, yet still have a sense of privateness. It’s a lot like hanging out at home watching the game with a bunch of friends, except you’re out in public. Except there’s fried dough. I also got an italian sausage, which was unfortunately a bit soggy from having been pre-cooked and wrapped in foil. Bah. 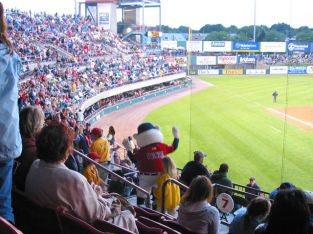 At one point, we spied Paws, one of the two mascots for the PawSox (the other one is his girlfriend “Socks”), lumbering his way around the stadium amongst throngs of cheering fans. I was late in getting my camera out, but managed to capture this Sasquatch-like moment. 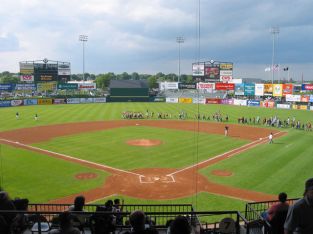 And oh yeah, there was a baseball game going on. The opening performance of “Star Spangled Banner” was sung by “Guineveve”, some singer from L.A. She was actually pretty good, and wore a festive scarf so people could recognize her later (my theory anyway). Also, many boyscouts came onto the field for some kind of flag ceremony. It all looked very important. Two kids got to pitch the ball to the catcher to open the game, which must have been pretty cool for them.

One baseball moment I particularly enjoyed was when a deep foul was hit toward one of either ball boys sitting on boxes at the edges of the field. When a ball goes foul on the sidelines, they retrieve the ball and return to their box. A lot of kids stretched out their hands beseechingly to them, but the ball boys ignored them. They stashed the would-be prizes into the box and sat on them, like vindictive mother hens.